Kids get amazed by playing video games. Nintendo Wii is one such gaming console that made gamers of all ages happy. So, there is no doubt that when your child plays games on the Nintendo Wii gaming console, he will be satisfied. As a parent, you will feel concerned about allowing your child to play video games. Playing video games certainly has some negative impact. These are some of the things that you have heard many times. But do you know that your kids will have certain positive things by playing games on the Nintendo Wii? Yes, there are some precautions that you have to take to ensure no negative thing from the game impact your child. So, what are those precautions that are mandatory to take? What are the best games on Nintendo Wii that your child can play? Let’s discuss all these things in this article. Wii games are a high-powered home theater-ready gaming console developed by Nintendo. Wii is not a high-definition video console as its definition is limited to 480p. Remember, the current generations of Xbox and PlayStation supports a 720p or 1080i/p video output. However, the Wii’s motion-sensing control system makes it still demanding among the videogame lovers.

Why Should Your Kids Play The Best Wii Games For Kids?

There is a general conception that playing video games will harm your child. But, by not allowing your child to play video games, you will prevent him from learning several things. Here are some of the reasons for you to let your child play the Best Wii Games:

When your child plays Wii games with his friends, he develops social skills, which are very important parts of life. Most parents try very hard to get their children socialized. You can use video games effectively to do so as well.

The ability to solve tough problems easily is a skill that every parent would want in a child. However, at times, children don’t have such problem-solving skills. There are some of the Best Wii U Games,

which are based on puzzles. You can let your child play those games. It will help your child attain problem-solving skills.

One of the things that you hear people say against allowing children to play video games is that video games will lower the attentiveness in studies. But the reality is, your child will have better attention to studies if he plays video games. You will know that once you allow him to play Wii video games.

If your child loves playing dance games, then Dance Dance Revolution Disney Grooves is a game that your child will love playing. Making the Disney characters dance in the groove is the objective of the game.

Kirby is a popular character which you will find in various Nintendo Wii games. This is an adventure game that a child would love to play surely. The 12th

installment in the series, this is an amazing side – scroller with a ton of gameplay opportunities and packed to the brim with activities.

When it comes to party games, Wii Party U is one of the Best Nintendo Wii Games that your child will love playing. It is a sequel to the top-rated Wii game, Wii Party.

UDraw Studio is one of the best Best Wii Games For Kids. This game will allow your child to imagine and create something innovative.

Toy Story Mania is a game that your child will enjoy playing. This game has lovely graphics, and the gameplay experience has been superb.

You will not find a child who does not like the character of Mickey. It is one of the most popular Disney characters ever. Your child will enjoy playing this game where the main character is Mickey.

Bringing in your child’s favorite Disney and Pixar characters (and their toys too), this game stretches the boundaries of your child’s imagination and creativity with the toy box mode. Your child is encouraged to create their worlds and make their games with their play styles. There are also dedicated story modes for different characters, with well – written short narratives. A truly fun and amazing experience for the whole family. This game opens up a whole sub-genre to the gaming world and goes on to start the Disney Infinity franchise, which would later expand boundaries to Marvel and Star Wars as well.

Allowing your child to play video games on Wii consoles is a good choice. But, you have to take the precautions mentioned in this article. Once you do that, you can also play these Wii games for kids along with your child and have some wonderful times. 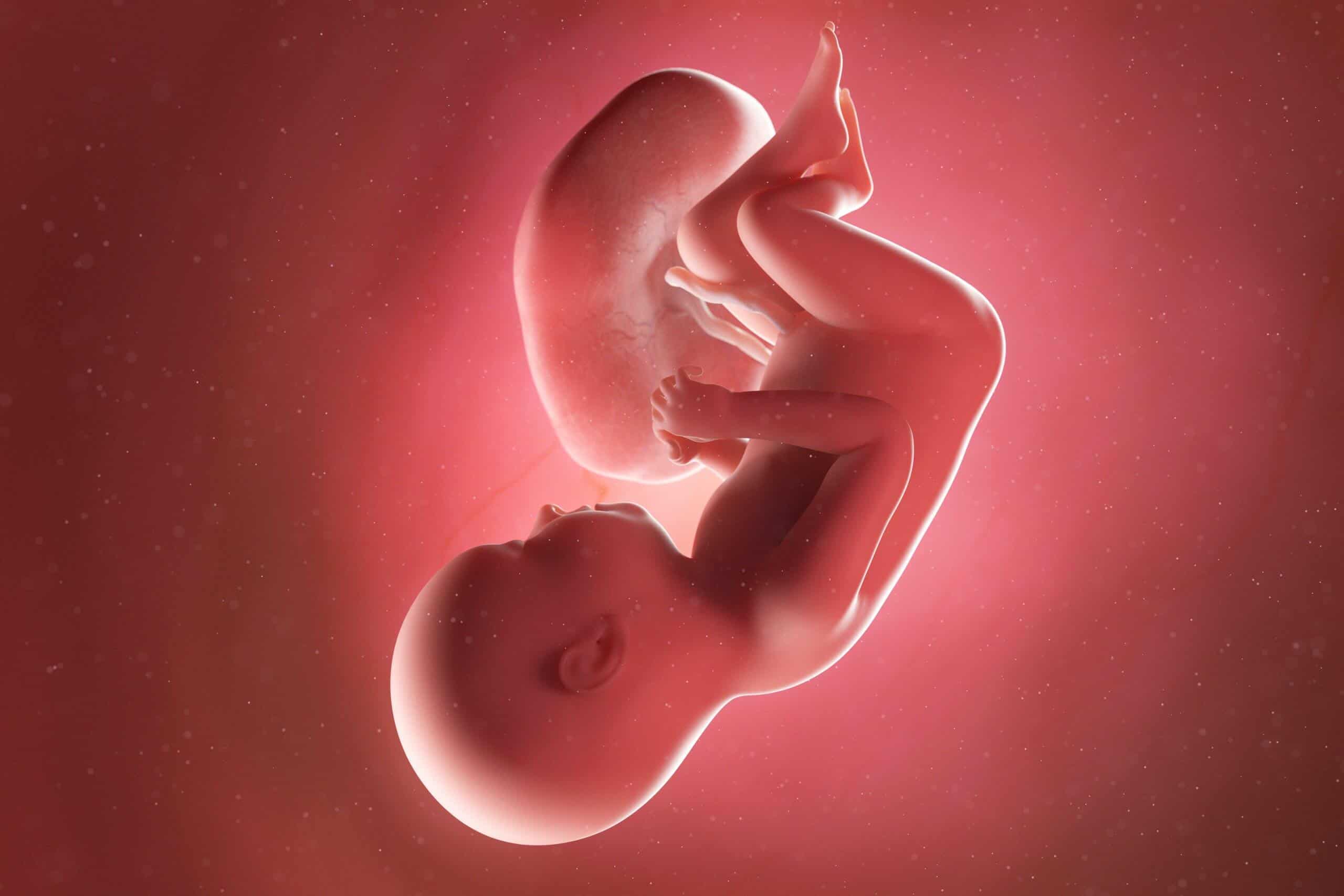 Week 37 You and your partner will be essentially excited now, and you have some reassurance that the baby would complete the full term by the end of the week. Unless there is a medical reason, the doctor will not be inducing labor or performing a C section before completion of 39 weeks. Though you are very exhausted and tired these days, do not feel stressed over the delivery. The baby does not grow much now, but all his systems are developing fully as yet. And once he is fully ready, he will make the exit. Physical and Emotional You The “urge to nest” is something that you will feel this week. It basically makes to-be-mothers clean and prepare the house for the baby. Don not be surprised if you find yourself setting up cupboard or getting the floors cleaned up. You would not be experiencing a lot of movement by the baby, that is because he is now snug and fit in your womb- there’s not much space for him to do anything more than stretch or jabbing and kicking. Vaginal discharge will increase, a pinkish-brownish mucus discharge will only mean that the cervix is dilating and the body is getting prepared for birth. Unless you see heavier spotting or bleeding, there is....

Childbirth can be extremely unpredictable. When you are pregnant, all you yearn for is a normal delivery and a healthy baby during labor even if that means going through a lot of pain and discomfort. Even if you would have planned for a vaginal birth, normal delivery cannot always be the outcome. There can be circumstances that can make an emergency C-section inevitable in order to keep the mother and baby safe from any further complications. When you are nearing your due date, it is better that you understand what an emergency C-section involves so that you are well prepared if you end up in this situation. What Is An Emergency C-Section? A caesarean delivery is done by making incisions in the abdomen and uterus of the pregnant woman and delivering the baby quickly. If labor has already started and due to some complications it is not progressing as desired, then there can be a need for an emergency C-section. Often C-sections are planned and scheduled well in advance in cases where the mother or the baby have a medical condition that makes vaginal delivery difficult. Planned C-section is never an emergency irrespective of what the medical condition is. But sometimes, for women....

Giving Eggs To The Baby

There seems to be lot of confusion on this topic. Some vouch for the goodness of protein that eggs provide. Some warn about the highly allergic egg whites. Some ask you to give whole eggs as the first food. Some ask you to avoid egg white till the child is older. Here are some of the most frequently asked questions on eggs. Are Eggs Good For Babies? Definitely. Eggs are the second biggest source of protein, only after mother's milk. Apart from proteins, eggs contain essential fatty acids, vitamins (B12 and E), and minerals (zinc, iron, calcium, folic acid). And best part? All this is packed in just about 70—75 calories. Foods rich in proteins and iron are essential for baby's healthy growth and development. When Can I Start Giving Eggs To My Baby? You can introduce eggs when your baby is eight months. Some medical experts say that eggs make a great first food, however, since eggs are one of the top 10 allergens of all time, it is best to wait till the baby is slightly older. Also, eggs can contain salmonella bacteria which can cause food poisoning in the baby, and so it is often advised to introduce eggs to the baby after he has had his measles vaccine. That done, you can.... 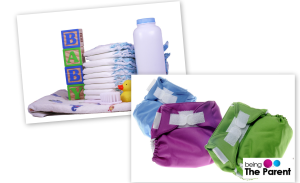 [caption id="attachment_2009" align="aligncenter" width="570"] Using a Diaper? Find out whether to go with cloth or disposable diapers[/caption] Being a mother is indeed a tough job, you seem to be taking decisions every now and then! How to feed, how to bathe, what products to use, how to soothe, …..so on and so forth. After a baby’s birth, cleanliness and hygiene are two factors with demand utmost attention as feeding and sleeping. Every mother wants to keep her baby safe, clean and dry especially when they sleep. Some parents prefer using cloth diapers while some prefer disposable ones. Are you finding it difficult to decide which is better for your new born? Let us discuss benefits and hazards of cloth diapers and disposable diapers after which you may be able to choose the best option for your baby. Cloth Diapers: A Cloth diaper is something which is constantly being used by mothers since centuries in different forms. Cloth has nothing which can harm your baby unless it is not changed within a few minutes of getting wet. These days, there are various kinds of cloth diapers available in market which look very attractive and are budget friendly too. Popular choices are....