Playing video games can be so much fun if you are playing on the right console. Nintendo’s Wii gaming console is one of the most popular ones that are launched in the past few years. Most gamers around the world loved this gaming console. The games of this gaming console had a different touch. You have so many options for the choice of games when you look to play in the Wii console. However, for the best gaming experience, you have to play the Best Wii Games. Now, you will be thinking about how can you pick the best game for your Wii console? So, let’s discuss how you can do that and what games will give a fantastic gaming experience on Wii. 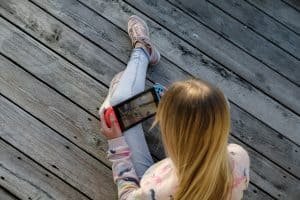 How To Choose The Best Wii Games

Choosing the best game for your Wii gaming console can be an uphill task at times. The choices you have for games on the Wii are overwhelming. Moreover, if you are choosing the game for your kid, you have to maintain some precautions. So, let’s what are the things you will keep in mind before selecting the Best Wii U Games:

While picking the game for your child, you have to check this in the first instance. Some games are not ideal for children of a certain age. So, you just cannot pick a random game and give it to your child. You need to check the age rating on the cover of the game. Choose the game according to the age of the child.

4. The Popularity Of The Game:

You need to check the popularity of the video game before purchasing it. The game will have something unique in it, and that is why it became popular. So, if you know that the game you are buying is highly popular, then the chances of getting lousy gaming experience will go down significantly.

Best Wii Games That You Should Play At Least Once

Wii gaming console of Nintendo has amazed the gamers of all around the world for so many years. Certain games have become more popular day by day. You need to check which the Best Multiplayer Wii Games are before buying it. Here are some games that you can consider buying for your Wii console.

If you like video games based on action and adventure, then ‘Metroid Prime 3: Corruption’ is a game that you will certainly enjoy playing. It has a perfect rating on IGN and became very popular at the time of launch. Still, WII gamers love playing this game.

Resident Evil series became very popular at a time. This horror game series is simply brilliant to play for the lovers of horror games. The fourth installment of the Resident Evil series took the game to newer heights. Play as Leon, a glorified zombie slayer and a part-time super cop in an incredible third-person shooter with unique gameplay mechanics and style. With a truly engaging storyline with an immense fan following, this game is sure to make any player’s all-time favorites’ list.

When you talk about the Best Nintendo Wii Games, you have mentioned the WarioWare series. This series gained huge popularity and also got multiple accolades from various sources. Playing this game is a treat for gamers.

Staying fit should be a goal in everyone’s life. You must have heard that video games make you unfit. However, Wii Fit is an attempt from Nintendo to make every gamer fit. This game will help you in exercising and making you fit again. It has many fun activities and exercises that may be done using the Wii Balance Board peripheral and can be a fun and exciting choice for the whole family. Though fun when played solo, it’s an overall different experience altogether when played with friends or family and increase the competition. It is a superb game, for sure.

No More Heroes is a top-rated game series for the lovers of action and adventure games. This game will portray the story of Travis Touchdown, who has to fight his way to the top of the league of the assassins. You will find this game very exciting. A fantastic entry into the hack and slash genre, with immensely satisfying combat and gameplay, this is a truly excellent game to play alone or with friends.

Finally, Wii games have always fascinated people of all ages. You can also find some of the Best Wii Games For Kids, which you can gift your child. Compared to play stations and Xbox Wii Games as economical as well. Nintendo’s Wii gaming console is still trendy in the surge of other gaming consoles. Once you play on it, you will know why.

10 Best Swaddling Blankets For Your Baby

We all know how important it is for babies to get good sleep. Sleep deprivation has the power to make not just your baby cranky, but also you. In fact, proper sleep is so important because it is directly linked to baby's growth and development. Now, a baby sleeps best in the warmth of his/her mother. However, this is not always easy to achieve as mothers cannot be lying down with the babies all the time. So what is one thing that can give the baby warmth and comfort like a mother's presence? Swaddling! What Is Swaddling? What Are The Benefits Of Swaddling? 10 Best Swaddling Blankets For Your Baby Risks Of Swaddling What Is Swaddling? Swaddling is a way in which you wrap your baby snugly in a blanket (called swaddling blanket). The idea is to recreate the feeling the baby had while in the womb. Read here to know: All about swaddling baby What Are The Benefits Of Swaddling? There are many benefits for swaddling: Swaddling can keep your baby warm and comfortable for a long time, without demanding the presence of an adult It helps the baby to have deeper and longer sleep Swaddling tucks in the baby's hands and legs well, so they are not disturbed by their own....

Dealing With Cat Litter During Pregnancy

When you are pregnant, you will come across a lot of advices and suggestions from people around you about what to do and what not to. One such advice that is commonly given to a pregnant woman is to stay away from cats. Having a cat while being pregnant should not be a terrifying or worrying experience. Pregnancy should be a beautiful thing and all about that glow and mid night cravings. It should not be overshadowed by the many questions and concerns regarding the safety of the pregnant woman and their child. So if are pregnant and own a cat, it can be really difficult to give it away. You can still keep the felines as your pets if you take cautious steps on handling the litter. Read here to know how you can safely deal with cat litter during pregnancy. Should You Avoid Cats During Pregnancy? Keeping your furry friends should not be a problem during pregnancy, if you take a few precautions. Fur of a cat is safe unless you are allergic to it If your cat stays only indoors and does not venture out, then it is considered safe to be around such cats Feeding your cat with canned, homemade or well cooked food will make certain that your cat does not catch any infections Cat.... 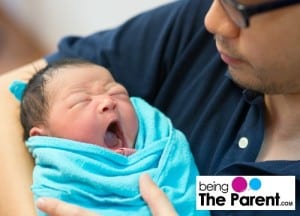 [caption id="attachment_5999" align="alignright" width="200"] Fatherhood Surprises[/caption] You are a new father - with new responsibilities, more pressure, greater expectations, and the little one demanding more of your time. Fatherhood will bring in a lot of changes in your life which are clearly not what you were expecting and will give you a jolt of surprises, but of course in a good way.  Confusion Rules - 'To be or not to be' is the question. There will be a high level of emotional uncertainty. There will be a mixed feeling of helplessness as well as pride on being able to give birth to a new life. When you will want to help, you will not be able to, and something will come up, when you will not expect it. Depression May Loom Large - Postpartum is not just a woman's thing - men have baby blues too!! From dealing with interrupted sleep, to constant smells and baby powders all over, everything will get on your nerves. Increased bills and fewer liberties also play with you at this time. You Will Become More Affectionate- You will tend to become more caring and affectionate after a child's birth. More of kissing, hugging, snuggling makes a kid feel more loved and.... 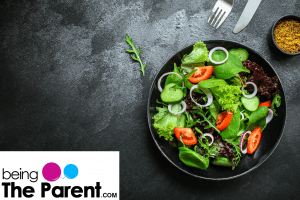 Tasty Quinoa Recipes For Babies And Its Health Benefits

[caption id="attachment_27609" align="aligncenter" width="542"] Tasty Quinoa Recipes For Babies And Its Health Benefits[/caption] The biggest happiness for the parents is to see a healthy and happy baby. Parents are often of the opinion that as babies they need bland food so most of them start the babies on bananas, rice, mashed carrots, etc, but what parents do not know is that babies are ready to experience all types of flavor and not just bland food. One should introduce the baby with all sorts of foods with different flavors and textures as healthy foods given early in life to the babies will help them make healthy and mindful choices and not too fussy with food. Quinoa is getting popular in today's time and should make to the list of first foods of the baby. Exposing babies to millets and quinoa helps them with oral development and introduces them to different textures as well as flavors. Quinoa is nutrition enriched and very good and healthy for the babies. Why Is Quinoa A Great First Food? Quinoa is one of the nutritious grains that are ideal for the healthy development of the baby. It is an ideal choice due to the following reasons: Can be digested easily. An....