It is always a treat to watch kids do different activities. Sweets and bakery products are hard to resist. It is difficult to not get tempted to bread, creamy cakes, puddings, pastries, cookies etc. Are you interested in understanding everything about kids baking championship? You are on the right page.

They are not only delicious but so colourful that even adults cannot resist it at times. In the present times, many avenues are available to excel, and so is the medium. The best medium to offer a child who loves to bake is the baking championship. 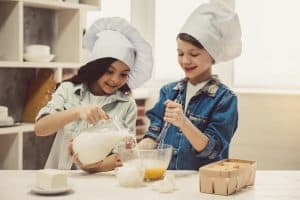 It is not easy to believe, but baking is one of the easiest art forms, that the child can enjoy. Kids always love to play with different doughs and colours as well. Baking involves mixing and experimenting with different colours and textures. It can start at a very early stage for the child and keep enhancing with time. When the child is about a year old and has better motor skills, one can experiment with new mixes and doughs. This even helps in strengthening their motor skills and confidence.

Kids will love to mix and transfer from one bowl to another and even get to learn the names of the ingredients used. It is not a good idea to leave them alone as putting the baked stuff in ovens and microwaves would need a helping hand. Apart from this, they can even use moulds of their choice and carve different cookie shapes. Baking with kids is a good opportunity to spend time, teach them new words and make them independent.

This is a reality show that will feature the kids who compete for the best baker amongst them. The judgement basis is the presentation skills, creativity as well as taste. This championship made under the Food Network by Levity Entertainment Group.

The first season of the Kids Baking Championship offered many prizes for the winners. The other seasons only featured 25,000$ prize and an article/recipe published. Duff Goldman and Valerie Bertinelli will be hosting and judging all seasons.

It is accessible to all the kids and below is the certain criterion for the basis of selection: ·

Season 7 for the Kids baking championship was the same as the preceding ones. It was again the test of baking skills for the kids from the United States.

Some unique features of this season are:

Season 8 is the latest and started on 6th Jan 2020, with the same championship as the previous ones. It will be giving tough and challenging tasks for the kids to display their baking skills. Few distinguishing features are as below:

Thus, such forums serve as a good opportunity for the kids to showcase their best. It prepares them for new challenges in life. It offers more visibility and confidence to the child. The championship opens them to the external world and makes them work under experts, getting the best of knowledge. It is important to encourage the child to follow his passion and keep horning their skills. 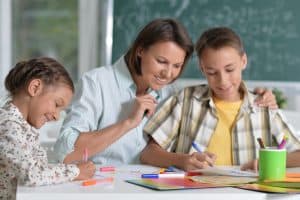 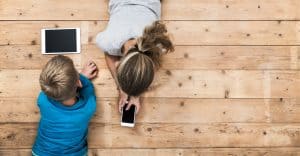 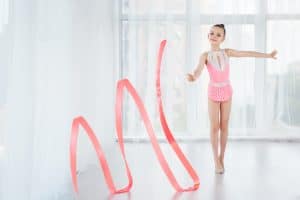