Planning a second baby may sound easy, as you have a firsthand experience and you know how much it will demand from you. But it is something that you can’t rush into. To plan a second child you need to consider many things and prepare yourself for the same. The gap between your first and second child is one of the most important things you have to consider beforehand.
When you plan for second baby you get to see other couples and learn from them. Some may suggest you to have back to back pregnancies and get over with producing kids so that you can give time to other things. Some may suggest you to plan second baby after 3 or 4 years, so that you have enough time to achieve healthy state to support other child. Some may suggest you to have second child after a large gap, so that in longer run of life you don’t have be financially burdened with paying college fees of two children’s at a time. Every situation has its own benefits and flaws, which will conceal themselves during the longer run of life.
A back-to-back pregnancy can be planned in 6 months to 2 years of having a first child. If you plan to have back to back pregnancy its is suggested that the gap between your children’s should at least be 18 months to 24 months. Do not ridicule your body by planning another baby in just 6 months. Even though you can get pregnant soon after 1st

baby’s birth, but still a women’s body is not designed to produce healthy children soon after 1st pregnancy. You have depleted your resources by nurturing your first child. And your second child will scavenge your body for everything that he need. This will seriously affect you and your baby’s health. First ensure that you are in good health and physically prepared. Having babies with a lesser age gap will give them companion. You will soon get out of changing the diaper period, and do not have to worry about raising a teenage kid and a toddler at same time. This is why most women prefer lesser gap.
The best and medically suggested way of planning a second child is after 3or 4 years. In this time period a women gets to prepare her physically. She has enough resources to provide for her second child. This means you don’t have to worry about baby’s health as much as you have to worry in the case of back to back pregnancy. It is suggested to have minimum of 3 years and maximum of 5 years gap between two pregnancies. The long term effects are your babies will still be able to bond like those babies who are born back to back. You will ensure good health of your second child unlike back to back pregnancy. You will be physically more prepared and be in good health. This may not happen with mothers who have given birth to children with lesser age gap.
Some women find keeping a large gap between their children suitable. By having a large gap between two children will allow you to give full attention to your child as a kid. Large gaps are also a good way to have a caring sibling for your younger child. Keeping a large gap between two children gives you enough time to attain mental and physical balance of your body. Any woman who plans to have large gap between two children should have proper knowledge about birth control. Women who had their first child in their early 20’s can look forward to have a large gap between her children, whereas who had their first pregnancy in late 20’s or early 30’s should consider keeping a gap of 2 or 3 years. The reason for you to not practice large gap in between your children’s is your age. The older a woman, the lesser are the chances of healthy pregnancies.
Planning for a Baby?
Second Pregnancy

Who Is Your Dr. Right: 12 Tips to Choose the Right Gynecologist

Congratulations on your pregnancy! Or even if have started to think of having a baby. As you gear up for this exciting and decisive period of life, one of your first decisions should be picking the right gynecologist. Every woman and every pregnancy is different. This means that all of us use different criteria for finding a doctor. However, one thing is certain. You need to be absolutely comfortable with your gynecologist, as he or she would be seeing you through your thrilling nine month journey, ending with the delivery of your bundle of joy. So here are 12 tips (in no particular order) that would help you choose your Dr. Right: 12 Tips To Choose The Right Gynecologist Difference Between a Gynecologist and Obstetrician 12 Tips To Choose The Right Gynecologist 1. Gender: This is something you need to consider right at the beginning so that you can filter out the male contenders immediately if you are not comfortable with them. A doctor is a professional and the gender of the doctor really should not matter – but this is easy to say and difficult to convince. If you are not comfortable with a male doctor examining you and your private parts, do not choose one – no.... 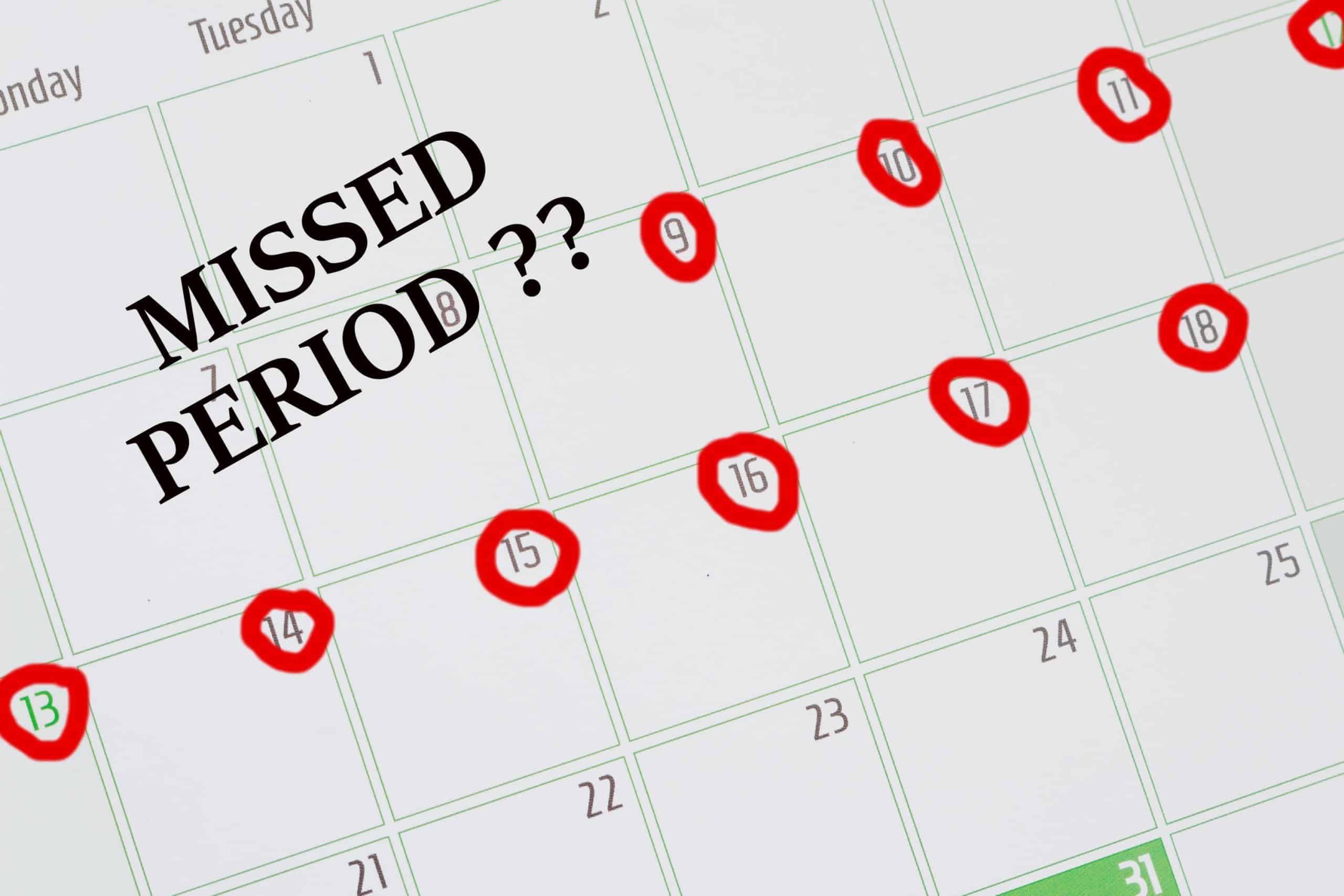 What to do when my Periods are late?

Description- You anticipated that your period should be here at this point, yet it's not before you begin to stress over why it could be late and what to do when periods late take a full breath and read this. It might be somewhere in the range of 21 to 35 days in length. Most periods last upto 3 to 5 days. Your primary care doctor will suggest an eating routine and exercise plan if they verify that obesity is a factor in your late or missed periods.   Having a late period can be very troubling, mainly if a woman is accustomed to having regular periods or is worried about an unexpected pregnancy. Do you often wonder what to do when periods are late and the reason behind it? If yes, then you chose the right place.  However, there are numerous different reasons why a woman may have a late period, going from birth control to stress.  Everyone's bodies are different, similar to our menstrual cycles; they could be somewhere in the range of 21 – 35 days long. A few of us have sporadic periods, yet the month to month cycle is ordinary for most ladies, with the period landing on the dot. But sometimes, it acts up and gets deferred. You go to the washroom, pull down your underwear,....

So, are you all mentally set to become a mom and don't think it wise to delay 'trying' anymore? But before you embark on the journey of motherhood, just pause a minute! Are you sure that your body is ready for it as well? How fit is your body at this very moment to help you become a mother? A preconception checkup will give you the right answer. You can get help from your practitioner who will take care of the past and current conditions of your pregnancy. A practitioner will share you all the medical concerns as well as he/she will answer all your queries regarding pregnancy. So what should you expect while going for the check up? Why Is A Preconception Check-up Necessary? A preconception check up is the first step to check your physical and emotional readiness for a baby, and is a smart move. A preconception check up will help you ascertain any underlying health issues and take corrective measures. This is indeed a requirement, especially if this is your first pregnancy or you have had a complicated pregnancy before. A preconception check up will ensure that you do not meet any ugly surprises, and your doctor will always have a baseline to refer to during the time you are....

Description  Certain circumstances are thoroughly out of our hand, and luckily, we have an answer for them with regards to pregnancy, unprotected sex, and emergency pills. Here is the unwanted 72 tablet. We provide you uses, precautions and side- effects of unwanted 72 tablets and leave the decision on you to decide.  Are you worried about an impromptu pregnancy after unprotected sex? If yes, then you definitely might have looked upon the concept of contraceptive pills. In case you’re a sexually active female, you may consider contraception pills. These pills help in nullifying the odds of getting pregnant after an incident of unprotected sex whenever expended inside 12 to 72 hours after intercourse. The kind of contraception you use is your choice, and there are numerous choices to look over. Here we discover how unwanted 72 work and what symptoms it can cause, just as different factors to assist you with choosing if unwanted 72 contraceptive pills are a decent decision for you. What Is Unwanted 72 tablet? How Does Unwanted 72 Work? How to Use Unwanted 72? Uses and Benefits of Unwanted 72 Tablet The unwanted 72 side effects Other Unwanted 72 side effects: (in detail) What....