Baby’s Sense of Touch Development – Timelines and What to Expect 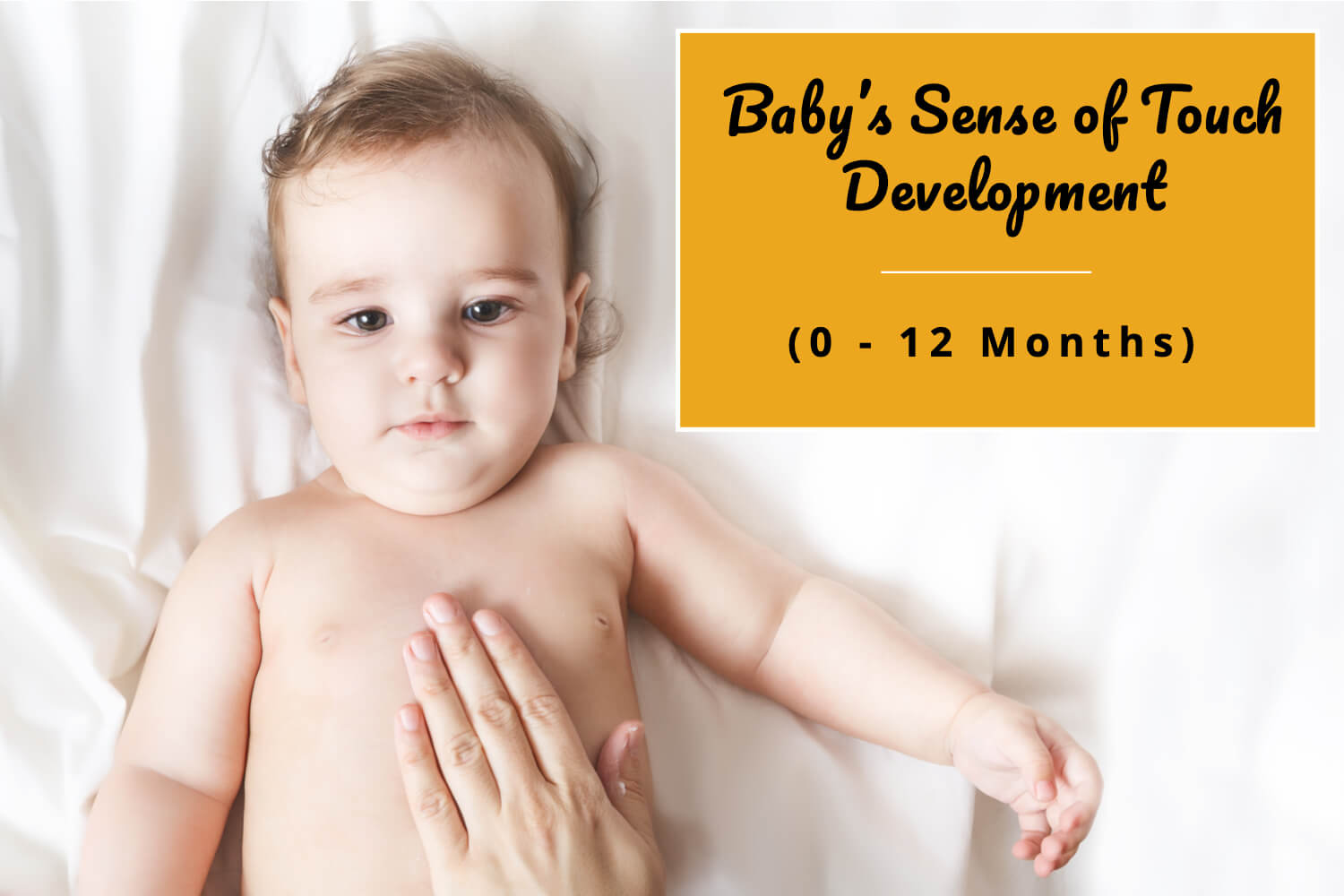 A baby’s sense of touch development is the first sense that develops in babies in the early weeks of pregnancy is. The key sense of touch starts developing when the baby is in the mother’s womb. It plays a crucial role in building a bond. And as a mother starts feeding the newborn, cuddling, and holding them in her hands, it helps to communicate and understand what babies want.

But as the babies start growing, they develop a different sense of touch that helps them to learn things and interact with people. Continue reading to learn about the baby’s sense of touch development stages. Let’s get started.

What is Sense of Touch?

The sense of touch is the ability to recognize things. This sense is generated through neuron receptors present in the skin. This is the first type of sense that develops in babies in their mother’s womb. The sense will develop after the end of 7 weeks of pregnancy.

Is Sense of Touch Developed at Birth?

The first sense of touch developed in babies during the first trimester of pregnancy. Yes, it starts early when a baby is in the womb. Within the next few months of pregnancy, touch receptors will develop all over the baby’s body. By the end of eleven weeks of pregnancy, your infant begins to move in the womb. Those tiny movements help babies to feel the external environment.

In the middle of the third trimester, the infant can feel the various sensations of touch, including cold, heat, pain, and pressure. Touch plays an essential role in communicating with babies. Moreover, the babies use the sense of touch to grasp things faster.

Why is the Sense of Touch so Important to Infants? 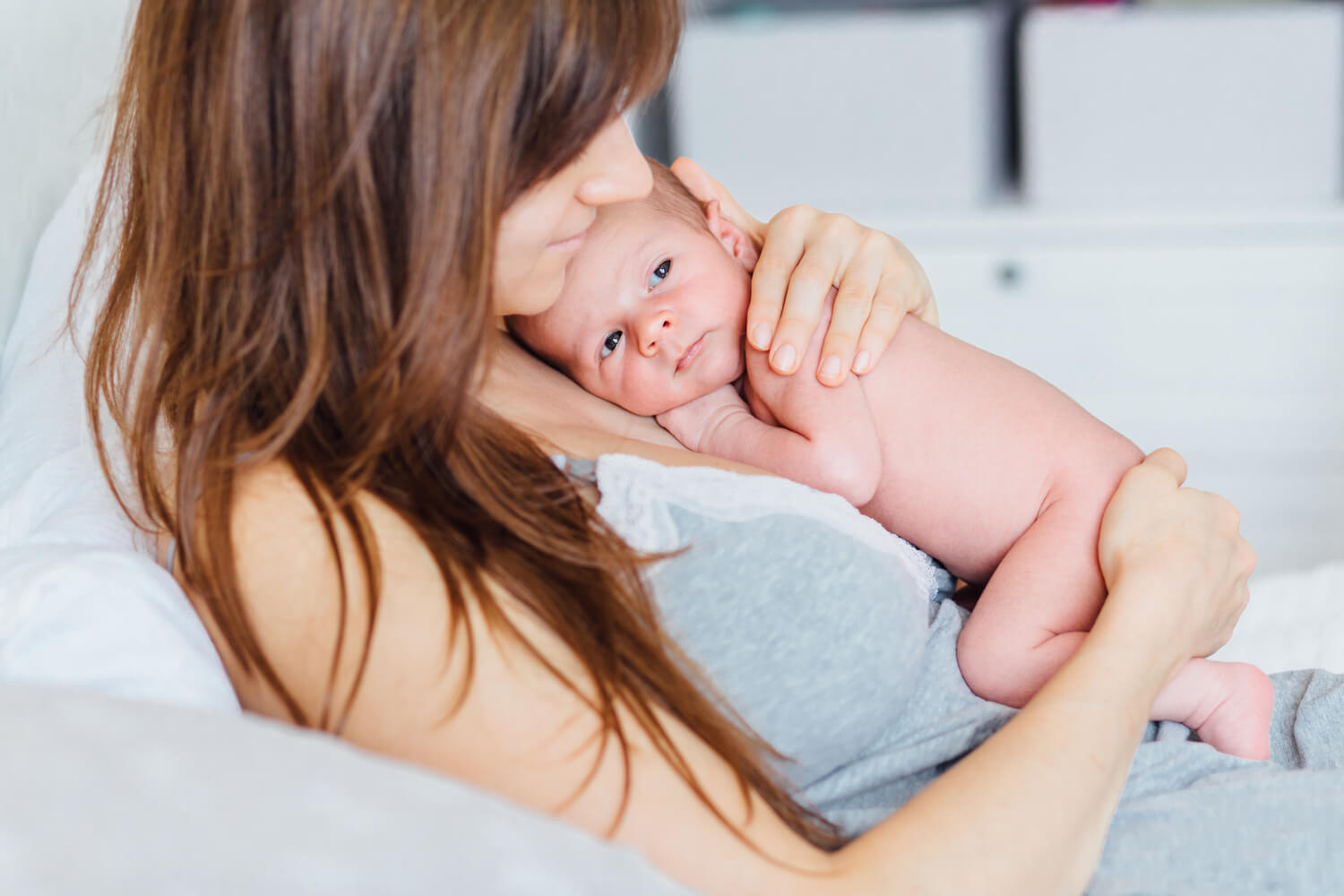 Like other senses, the sense of touch plays a significant role in a baby’s growth. The lack of sense of touch during the early stages of pregnancy can affect growth. Babies with a great sense of touch are likely to understand emotions and learn things faster.

The sense of touch helps to improve cognitive development. Furthermore, the babies who receive skin-to-skin touch with their mother are likely to experience less anxiety, hostility, and emotional distress.

Lack of sense of touch reduces the learning power and delays cognitive development. Touch deprivation can increase aggression and may affect the behavior of babies.

When Do Babies Develop Sense of Touch Development? According to the brain scans of the fetus, unborn babies don’t sense pain even after the end of 30 weeks of pregnancy, when most of the somatosensory neural pathway has been developed. However, in the middle of the third trimester of pregnancy, babies develop a sense of touch and experience the full range of senses such as pressure, cold, heat, and pain.

Over the next few months of pregnancy, touch receptors have been developed. Also, soles and palms will develop by the end of 12 weeks of pregnancy. And by the end of 17 weeks, babies develop an abdomen. After the completion of 30weeks, they can understand the full range of senses.

As discussed above, the baby’s touch sense begins to develop when they are in the womb. Let’s discuss this here in detail.

[Read : Bonding With Your Baby – Why is it Important?]

First to Three Months (1 to 3 Months)

Babies’ sense of touch starts developing when they are in the womb. As babies grow, they start developing different senses of touch that help them recognize things around them and sense heat, cold, temperature change, and other things. In the meantime, as a mother, you can help your baby learn different things and provide a comfortable environment to make them feel secure.

1. How Does Lack of Touch Affect Development?

Babies, at an early stage of development, only have a sense of touch. This is the only way they recognize and feel anything around them. Hence, if the babies lack touch, their other sense development may be affected. Moreover, they are not able to feel and respond to you.

2. How Can You Help Stimulate Your Baby’s Sense of Touch?

As a mother, you can engage your babies in different activities and play with them. Place toys near them and give them your finger to grasp whenever you hold them in your hands. It helps to develop grasping capabilities. Cuddle them while breastfeeding and nurture them with love. This is the way you can develop a sense of touch in them.

3. At What Age Can Babies Feel the Touch?

By the end of 8 weeks of pregnancy, babies start developing the sensation of touch. It starts when they are in the womb. So, all newborns are capable of sensing touch. They can sense things by touching them with their mouths and hands.

Read Also: Baby’s Sense of Smell Development – Timelines and What to Expect Play Gym For Babies – How it Helps in Baby’s Development