Tips To Avoid A C-Section

When a woman prepares herself for the pregnancy and later for the delivery, many fears cross her mind. The discomfort of pregnancy coupled with hormonal changes renders her weak and fragile. And then, we all know how hard labour can get. Every woman fears the labour pain that she will have to bear at the time of delivery.  Out of fear, some women have begun to elect caesarean for birth, rather than giving birth naturally. The thought of going under the knife brings out a new set of fears. Various studies reveal that during the last two months of pregnancy, this fear haunts every pregnant woman even more.

Opting for a C-section has almost become a trend. However, a natural birth is always better than a caesarean unless otherwise required. Natural child birth requires minimum surgical intervention and has the following benefits –

Although the pain that has to be borne during labour cannot be defined, yet , labour is doable, and the outcome is fulfilling. Due to the fear of labour pain, mothers these days resort to not-so-painful methods of delivery like the caesarean. But they should always consult their doctors to understand more about the painless natural births. There are various methods that are used these days to suppress the pain a woman goes through in natural birth. Techniques such as hydrotherapy, massage relaxing therapy, hypnosis, TENS (Transcutaneous Electrical Stimulation Nerve), breathing exercises, acupressure etc are employed for reducing pain during natural childbirth.

According to some studies, Caesarean can be avoided in the following ways: 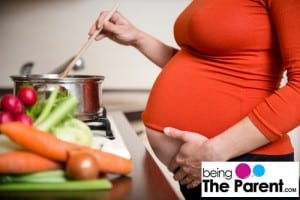 Try following the tips suggested to avoid a caesarean delivery, and having a natural, healthy delivery.