Conjoined twins are described as monozygotic identical twins that are partially united and do not separate completely from one another. This is chiefly due to partial division of the fertilized ovum. Chang and Eng were the first conjoined twins born in Siam (Thailand) hence conjoined twins are also called Siamese twins. The word ‘conjoin’ is derived from the Latin word “conjungere” which means ‘yoke together’ or to join.

How Do Conjoined Twins Develop?

Embryologically, conjoined twins develop if an embryo separates partially in two different individuals. The two developing fetuses are formed originally from the same embryo and remain connected physically. The connection is usually at the buttocks, chest or pelvis. Sometimes the Siamese twins share one or more internal organs. Another theory says that two different embryos fuse somehow during initial development and result in conjoined twins.

Depending upon the place where the twins are joined, conjoined twins are classified as under:

What Are The Symptoms Of Pregnancy With Conjoined Twins?

Well. speaking about the symptoms there are no specific signs that can help you identify that a pregnant women is carrying Siamese twins. But a few indicators could be as follows:

The confirm diagnosis of conjoined twins can be made with the aid of ultrasound during the first trimester itself. Ultrasounds and echocardiograms done during the second trimester help in assessing the extent of connection between the conjoined twins and also about the functioning of their internal organs.
Identical twins sharing a common amniotic sac are called monoamniotic twins are usually conjoined twins. According to ultrasonologists false positive tests can be found with ultrasounds done prior to 10 weeks of gestation.
MRI or magnetic resonance imaging scan is done to further confirm the presence of conjoined twins. MRI gives you detailed description about the exact place where conjoined twins are connected and the internal organs shared among them.

The most important complication of conjoint or Siamese twins is stillbirth either inside the mother’s womb or immediately after birth. Normal vaginal delivery should not be attempted in conjoint twin pregnancy, C-section is strongly recommended. Many a times, conjoined twins are still born or die. A skilled team of doctors and surgical staff generally handles the cases of conjoined twins. Well-equipped C-section or surgical delivery can be planned for cases which are likely to survive before the due date. Sometimes if one of the twins’ dies, emergency separation should be done to save the life of the other twin.
Only about half of the conjoined twins born survive long enough to get the separation surgery done.

Factors Influencing The Decision Of Surgery

Once the diagnosis is made regarding the conjoined twins, close monitoring is needed to know as much as plausible about the fetuses’ anatomy, prognosis after birth and functional capabilities. This monitoring of pregnancy will enable your doctor in planning the treatment schedule for the twins. A planned C-section is well planned in advance 2 to 4 weeks before the due date. It is only after the birth the doctors will be able to say whether a separation surgery can be done or not. Here are some important points that will help the doctors determine the same:

If somehow the separation surgery is not advised by your doctor or you feel that it should not be done, do not attempt it. Comfort care for example fluids, adequate nutrition, pain relief and human touch is required to allay the condition. Spend time with your tiny babies and learn to accept them as they are. You can take the help of a counselor and talk to your spouse regarding the same.

Coping and Support – Loss And Other Life-threatening Conditions

Once the pregnancy confirms that you are carrying conjoined twins, it is very likely that you will go through many emotions regarding the future of your unborn babies. Not only is this difficult because two babies are involved, but also because their survival is a question mark. Many parents worry about the obstacles their babies will face. Difficult decisions on the part of parents are called for. Due to the rarity of the occurrence of conjoined twins, you may not find many parents who have sailed in the same boat, yet you could find some support groups consisting of parents who have either lost their babies are the babies have some life threatening conditions. Getting in touch with these organizations may help you cope with your situation, as well you may find people who can support you in difficult times. 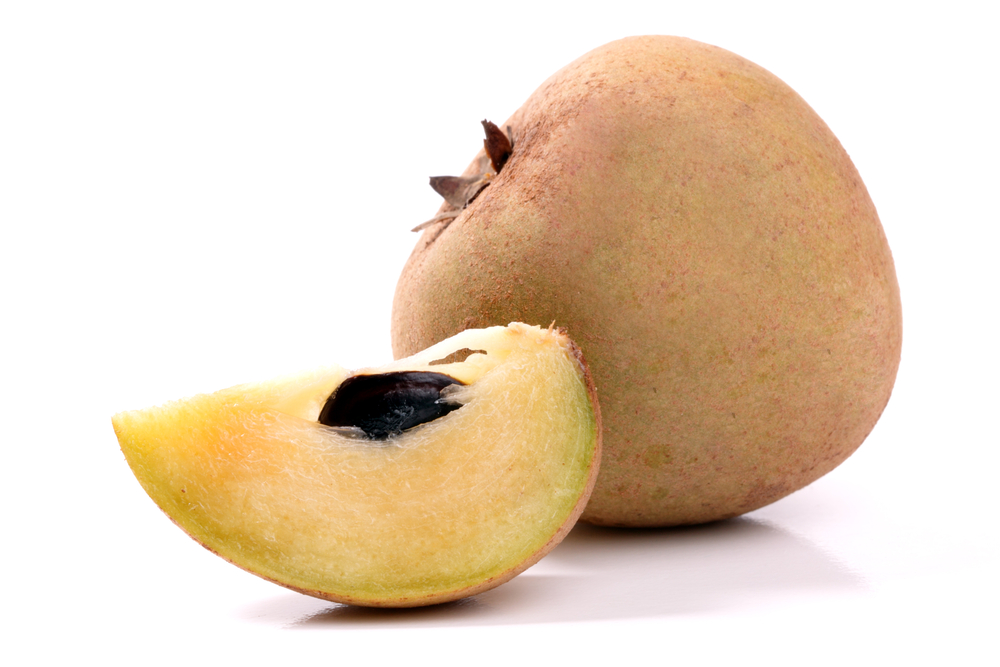 Sapota During Pregnancy And Its Health Benefits

Since pregnancy is a very delicate and important phase of a woman’s life, the mother-to-be needs to be nurtured and fed well. It has been seen that in spite of this, most of the women don’t get an adequate amount of fruits and vegetables. The intake of a good amount of fruits and vegetables is significant for a smooth and healthy pregnancy. Eating healthy throughout pregnancy assures far-reaching benefits for both the mother and the baby. Sapota, also referred to as Sapodilla or Chiku, is basically a tropical fruit found in the United States of America but even found in India as well as Mexico. It is a great choice for pregnant women as it has umpteen health benefits and thus should make it to the list of a healthy and balanced diet. Before introducing the same to one’s diet schedule, it would be vital to know its nutritional value, the chances of its safety of consumption sapota during pregnancy, health benefits, side benefits, etc. What Is Sapota Fruit? What Is The Nutritional Value Of Sapota? Is It Safe To Eat Sapota During Pregnancy? How Much Amount Can Sapota Eat in a Day During Pregnancy? How to Select Sapota 12 Amazing health benefits of eating Sapota in Pregnancy....

Is Paneer Safe To Eat During Pregnancy?

Excited and apprehensive at having conceived your first baby? Relax, and enjoy being pregnant. All you need to ensure is being happy and ascertain yourself to have a healthy diet, which is an absolute must for you as well as the tiny mite growing inside you. There naturally arises, all kinds of apprehensions about various foods and whether they would be safe to eat during this period. One such food most moms to be have a craving for is Paneer and it becomes quite important to know whether adding this to your pregnancy diet is safe in every sense of the word. What Is Paneer? Is Paneer Safe To Eat During Pregnancy? Benefits Of Eating Paneer During Pregnancy Precautions When You Eat Paneer During Pregnancy How To Make Paneer Easily At Home Are There Any Side Effects Of Eating Too Much Paneer? What Is Paneer? Popular in South Asia, especially the Indian subcontinent, paneer is fresh cheese made by curdling heated milk. The acidic agents used are generally lemon juice, vinegar or curd. Paneer is the most common type of cheese used in traditional Indian dishes, and is very popular. It can be eaten in a number of ways and often finds a major dedication in most Indian.... 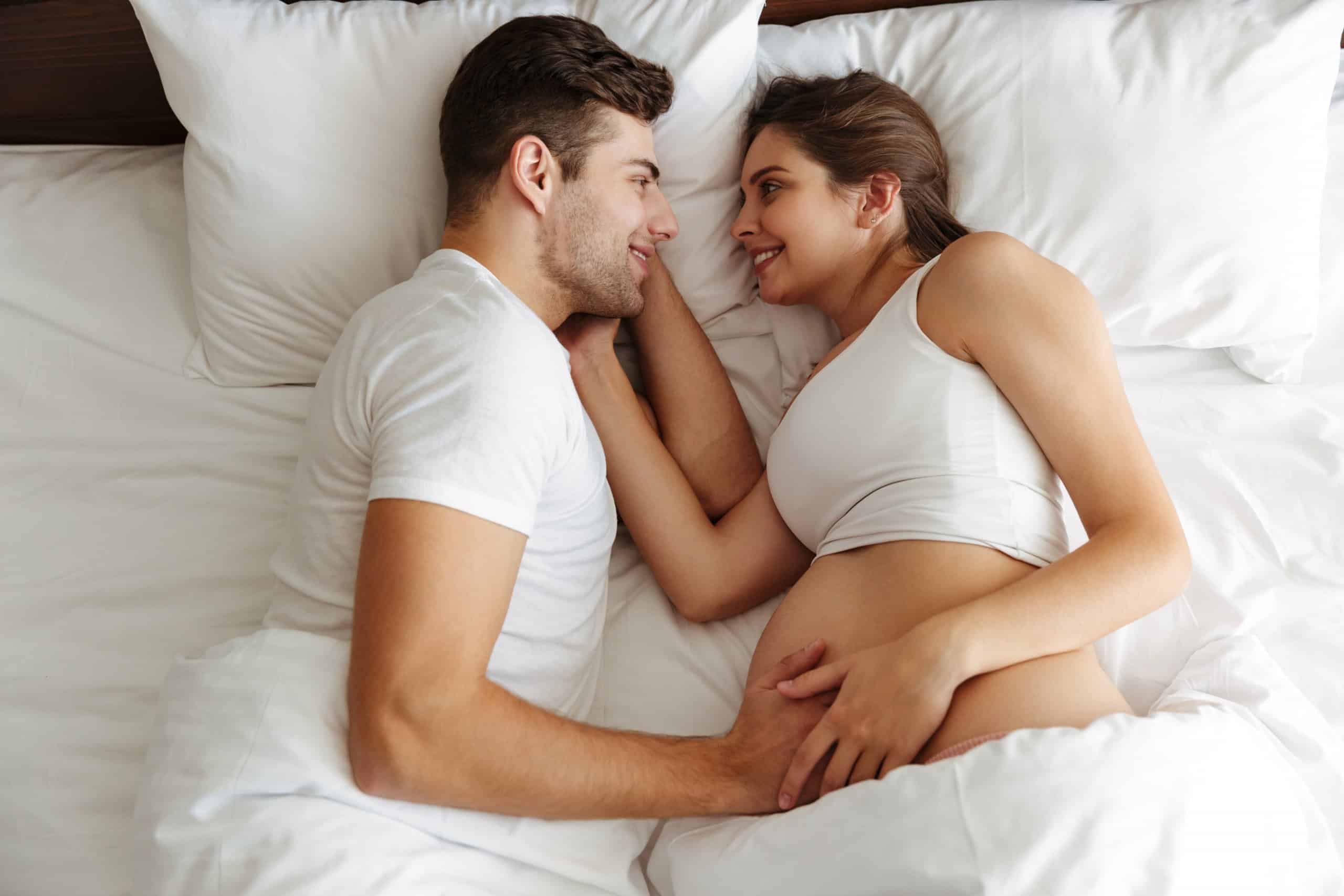 This is a very commonly asked question by soon-to-be-parents whether they can have sex during pregnancy or not. The answer is definitely yes. But it does depend on the readiness of both the partners, both emotionally and physically. Women undergo huge physical changes during this period. Pregnancy might make you feel sexier than ever or might make you feel highly uninterested in such physical intimacy. In many cases it is seen that the sexual drive gets completely diminished during the earlier few weeks. However, after a few weeks a woman is likely to get sexually aroused, after having understood the changes in her body. It is absolutely safe to have sex during pregnancy and it would not cause any harm either to the baby or the mother. However, it is best to take doctor's advice in case of any cramps, pains or unnecessary bleeding. Pregnancy makes the body of a woman large and this makes her uncomfortable while having sex. While this is a bodily change, mentally also women becomes more caring towards developing their child inside more than securing their relation with their partners. Some of the positions that might be of interest are- Getting On The Top- The abdomen does not....

8 Indian Foods To Avoid During Pregnancy

Once the initial excitement of having conceived settles down, you begin getting lots of advice on what to eat and what not to during this crucial period, especially in India. Women influence by umpteen customs, fads, food habits and religious customs in India that make them confused about what can be included in your diet to make it healthy and nutritious. The taboo foods that most Indians steer clear of during pregnancy include pineapple, papaya, brinjal and sesame seeds to mention the most common among them. Read on to see the foods to avoid during pregnancy how they are harmful to you and your baby growing within you. Indian foods to avoid during pregnancy Indian foods to avoid during pregnancy: 1. Eggplant/brinjal: This is one of the most common vegetables used in the majority of Indian homes. However, eggplant is quite effective in treating amenorrhoea and premenstrual syndrome in Ayurveda. It was found that having half a brinjal every day would help to trigger off menstruation that had been irregular for more than a year. Based on this property, the eggplant is regarded as dangerous to consume during pregnancy. However, having them once in a while in small quantities....