It is generally said that frequent sex may cause fatigue and decreased sperm production. Let’s attempt to uncover the facts on whether frequent sex can cause male infertility.

The scrotum is a pouch like organ beneath the penis containing testicles. Testicles produce male hormone testosterone and sperms. On ejaculation, the sperms are released from the urethra. During sex, the penis lies near cervix, from where the sperms travel further inside and reach the ovum. The sperms produced inside the testicles are directed out from testes to epididymis for maturation. Here the sperms are stored for about 15-25 days, if not released.

Research indicates that storage of sperms in the epididymis for prolonged period causes changes in their DNA. This is caused by the free radicals in the body. The sperms are very sensitive to heat and the greater the duration they spend in the body, the higher the threat from heat exposure. The motility of the sperms is affected with heat and radiation. These factors lead to abnormal shape of sperms, low sperm count and mobility contributing to male infertility.

It appears logical that frequent ejaculation will lead to lowered sperm count. This is because the body needs time to prepare the optimum quantity of sperms. It may take anywhere between 24-36 hours. But the catch is, the fresher the sperms, the more the virility. They are more live, motile (mobile). The sperms already stored in the body may not contain many live sperms, or have less motility. The researchers indicate that infrequent ejaculation can thus not guarantee optimum male fertility. The period of one week is the maximum a man can go without ejaculation.

The number of sperms increases with delay in ejaculation, but the accumulated sperms are at a hazard of being morphed genetically and quality-wise. The greater the amount sperms spend in the testicles, the greater the risk of being exposed to heat which may kill them.

How Often Should We Have Sex To Conceive?

It must be noted that sperms thrive in the womb for up to three days. So having sex every 2-3 days can ensure that the sperms are always available for the egg released after ovulation. This increases the chances of conception.
Experts suggest having sex daily for a week before the ovulation of their partners for best results. Now timing sex with your partner’s ovulation can be stressful and quite mechanical, it is best t keep the romance alive by having sex every 2-3 days. The famous research conducted in Australia led by Dr David Greening found that sex daily for seven days resulted in more active and motile sperms, though there was 12% decrease in the genetic damage. This, however- led to a drop of sperm concentration but still continued to rem ain in the healthy range. Based on these results, the researchers found that having sex, daily for a fortnight could lower the sperm count rather too much. Therefore, you need to take a break here!

Here is a bit of advice to keep your guy’s fertility in check and make the most of those passionate youthful years:

The key is not focusing on performance, its rather leading a healthy, stress free and happy relationship with your partner.

A word of caution before generalizing these results! Each body is unique and very frequent sex may not be recommended for men suffering from fertility issues such as low sperm count. In this case, frequent sex may further reduce the sperm count. Despite the presence of fresh cells, inadequate number of sperms may also render fertilization difficult. It’s recommended to get an appointment at the fertility clinic if you feel have been unsuccessful in conception even after six months of regular, unprotected sex.
Rather than counting numbers, indulge in passionate lovemaking when you both get heated up. So, all in all, frequent sex boosts male fertility. It is a great way to bond over and release tensions too!

May God bless and keep you always May your wishes all come true May you always do for others And let others do for you -Forever Young, Bob Dylan Seriously, try not to take the thirty-five milestone as depressing! As a matter of fact, the apprehensions of pregnancy is same in twenty five, as it is in thirty five. The only difference is that in the last ten years, your body has gone through a lot of changes. It is also only natural. Bodies change! Some stay the same though, year after year. So, what is their secret? Well, happiness is ageless! Just focus on leading a good life! Drink a lot of water, avoid processed foods as much possible, and stay fit What about the physical changes? By thirty five, your body has gone through a lot. The stories are unfortunately often painful like abortion and abuse. All these do have their effects on your body. Although abortion does not interfere with fertility, yet the cervix weakens. Being in a negative relationship also has very depressing effects in the body. It is natural. You infer things taking clues by the intuitive understanding of your body and vice versa. Emotional stress affects you deeper than you know. It shows up in lots of.... 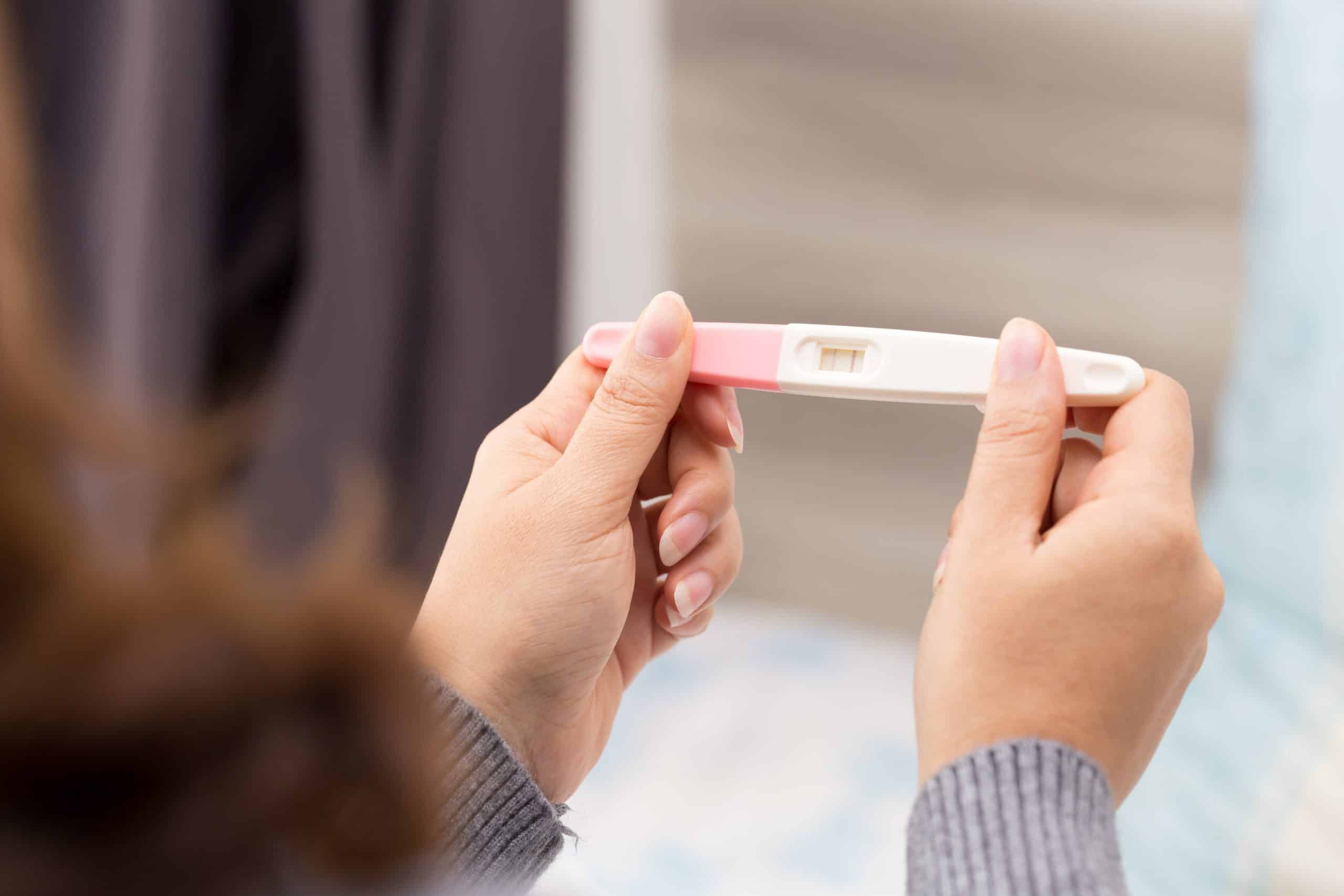 Trying To Get Pregnant : Facing Roadblocks?

If you are above 35 years and have been trying to get pregnant since six months continuously with unprotected, well- timed sex, you should consult your doctor. For those below 35 trying for one year is a sufficient time before you go to doctor. There may be some fertility issue which a doctor may diagnose. But do not get upset as there are various treatments available these days for such problems. It can be female infertility or male infertility or both. There are various reasons for being infertile; age, lifestyle factors, impending disease, drug intake and accidents. Men above 40 are less fertile as compare to the men below 40’s.Similarly as women move to touch their mid 30’s their fertility declines. Women could face problems in conception due to irregular menstruation cycles, intense pain during cycles, being underweight or overweight, having some past medical history. Infertility in men can be due to low sperm count, premature ejaculation or any prostate related problems. It may also be due to unhealthy lifestyle or issues with sperm quality. At personal level there are a few ways which may help in overcoming this issue sometimes. Adopting healthy lifestyle choices....

10 Simple Ways To Prevent Birth Defects In Your Baby

Birth defects is a heartbreaking topic to discuss, but it's an important topic for which awareness and education must be spread among people. Receiving the proper information can help in preventing, understanding and treating birth defects. Birth defects are the conditions that start developing when baby is in mother's womb and is present when the baby is born. They are often the result of a combination of factors like genetic, environmental and individual behavior. There are almost 60% of birth defects whose causes are still unknown to us. 10 Simple Ways To Prevent Birth Defects In Your Baby There are many birth defects which can't be prevented, however there are a few required steps which women can take to increase the probability of having a healthy pregnancy and a healthy baby.Here are some helpful ways which you can use to prevent birth defects while you are pregnant or planning to have your baby. Plan Ahead: If you are thinking about planning your baby, it's best to start preparing prior to conception. You can always consult your doctor about it. Many birth defects occur during the first three months of pregnancy so it's of great importance to see your doctor and....

Implantation Bleeding – what are the signs to look out for

We all are used to the monthly bleeding that occurs during our menstrual cycle, and recognize the intensity of the bleeding as well its associated indicators. However, if you suddenly notice light bleeding or spotting before your period is supposed to start, it can cause some concern; more so, if you’ve been trying to conceive. But despair not - there may be another reason for this bleeding. It could well be implantation bleeding. What is implantation bleeding and how can you recognize it? When a mature female egg is fertilized by a male sperm cell, it goes and attaches itself to the thickened lining of the uterus. Pregnancy occurs and the fertilized egg grows into a baby. This attachment of the fertilized egg (or embryo) to the uterus lining is called implantation. It takes place about 7-9 days after ovulation and around 6-12 days after conception. The movement of the egg during implantation may cause some blood vessels in the uterus to rupture, which then leads to light bleeding or spotting. The bleeding takes place only while the egg is attaching itself to the uterine wall. The cervix is still open and the blood passes out of the vagina. This is known as implantation....