Is It Safe To Use Glucosamine When You Are Pregnant?

During pregnancy, even if you were fit as a fiddle before getting pregnant, some drastic changes can happen in your health condition. This is because pregnancy hormones lead to specific health conditions that are new to you and your body owing to the decrease in the immunity levels. While some expecting mothers develop gestational diabetes, some pregnant women tend to catch a cold and flu often. On the other hand, some others used to develop allergies that they previously did not have. Again, pregnancy is not a time to take medicines which are otherwise having no harmful effect. Over the counter medicine is a big ‘no’ during pregnancy.
Also, during pregnancy, your body will go through lots of physical changes. Due to these normal physical changes, joint pain is another common issue most of the pregnant women experience. In such an instance, you may come across the word ‘Glucosamine.’ If you are not aware of what that is, then you have come to the right place to learn about it. Here, we explain to you what Glucosamine is and its benefits, safety, and side effects caused during pregnancy. Read on to know more. 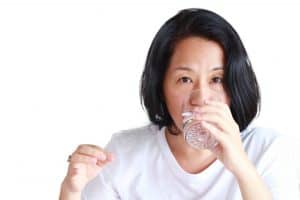 Glucosamine is nothing but a crystalline compound substance that appears in connective tissues (joints) in our body. This provides our joints with the required fluid consistency for free movements. Usually, for people suffering from joint pain and arthritis, this component is very less or missing in the joints, which is what restricts their movements and gives pain. Such people are provided with the synthesized form of glucosamine as a pain reliever and to ease the movement of the joints.
Glucosamine helps greatly in building the cartilages, and hence, it is a popular supplement for people suffering from joint aches. Especially in the US, glucosamine is one of the most predominantly used non-vitamin and non-mineral supplements that are considered safe to be consumed by adults. This supplement helps in reliving and overcoming joint pains and any difficulty in joint movement. In the colder regions, this supplement is taken by most people as our joints and muscles tend to stiffen up during the winter season. The natural form of glucosamine (especially glucosamine sulfate) can be found in the shells of the shellfish. The supplement manufacturers usually harvest the component from the shells and add them to these supplements, which are then sold in pharmacies. But more often than not, this component is synthetically made in the medical labs, and it is not harvested from the shells of the shellfishes. Some of the forms in which glucosamine is available in the market are:

All of the above three forms contain glucosamine component. But the concentration of it varies in each form whose effect on our body can also impact the recovery of joint pain and arthritis.

Is It Safe to Take Glucosamine While Pregnant?

There has been no concrete research about the safety of consuming glucosamine during pregnancy. Hence it’s best to avoid any supplements that may contain the glucosamine component during your pregnancy period or even after delivery and nursing your newborn baby.
Some of the instances where consuming a glucosamine supplement may adversely react to your health conditions are;

Although it is not medically proven, if you have already had asthma, then consuming the glucosamine supplement increases the risk of having an attack. Even though it is still under research whether the supplement is triggering the attack, it is always better to avoid it if you have asthma.

Some studies show that consuming supplements containing glucosamine may tend to increase cholesterol. The risks increase if one has a medical history of high cholesterol levels.

Consumption of glucosamine supplements can result in the increase of insulin levels in our body, which will further lead to an increase in the blood pressure as well.

If the expecting mother is allergic to shellfish, taking glucosamine can potentially aggravate allergic reactions.
On account of the above facts, during pregnancy, ensure you speak to your doctor about taking glucosamine supplements as she will know better about your health conditions.

What Are The Benefits of Glucosamine While Pregnant?

There are many benefits of consuming glucosamine if you are suffering from joint pains. Most women tend to develop joint and body aches during pregnancy for various reasons, and this supplement helps in relieving them of the pain and aches. It also helps any inflammatory conditions that you may face in your bowel movements. The supplements also help in glaucoma and rheumatoid arthritis, but apart from this, there has been not much evidence of glucosamine being beneficial otherwise.

What Are the Side Effects of Using Glucosamine?

There is not much research available regarding the side effects of consuming glucosamine.  At the same time, in association with the glucosamine intake, no birth defects, miscarriage, preterm labor is reported. However, you can expect some harmless side effects, which include heartburn, nausea, gas, mild abdominal pain, and upset stomach. On the other hand, if you have medical conditions such as asthma, high BP, high cholesterol levels, you should consult with your doctor before taking glucosamine. So far, there have not been any known cases of side effects caused by glucosamine in the medical journals.
Evaluation Of The Risk Of Glucosamine With Other Drugs
Glucosamine is recommended when other drug-free methods fail to relieve joint pain during pregnancy. This is because NSAID drugs such as aspirin, ibuprofen, and naproxen, which can alleviate the joint pain, is not at all safe during pregnancy.

Lifesaving Tips To Help You Sail Through The Second Trimester

Congratulations for making it to the second trimester! For most women, second trimester marks the end of nausea, morning sickness, loss of appetite and lack of energy. Your mood feels elevated and you feel and look pregnant. Well, you may not necessarily be showing, but you'd be pulling out old, loose clothes from your closet and may like to hook your trouser one button less. You will also be feeling healthy, and find some renewed stamina in you. The second trimester begins during the 14th week of your pregnancy and is often termed as the easiest and the favorite time of the nine month long journey. To help you sail smoothly during these 3 months, we have some awesome tips lined up and hope you have a great second trimester and a safe pregnancy ahead. 12 Awesome Tips To Help You Sail Through The Second Trimester Easily Get the nutrition now: If the first trimester was all about throwing up and feeling miserable about food, now is the time to get started on a healthy regime. Making healthy, nutrient rich choices so as to nourish the baby should be a priority. Get colorful - the more the color in your diet, the better the nutrition. Do not miss on proteins, healthy fats and....

Carrots And Your Baby Carrots can easily qualify as your baby's first foods, given their nutritional benefits and easy digestion. Abundant in Vitamin A, Vitamin C, potassium, folate, phosphorus, magnesium, iron and calcium. Carrots are very rich in beta carotene, a Carotenoid that converts into vitamin A - which is very essential for a growing baby. Carrots are also rich in fibre and prevent constipation in babies, and also promote a strong immune system. When Can I Introduce Carrots To My Baby? Though carrots are often a baby's first food, yet the recommendations on their introduction vary greatly due to the issue of Nitrates. Generally, carrots are best not introduced to babies younger than 7 months. It is best to check with your paediatrician and take his opinion. When making carrot puree for your baby, pick ones with bright orange color and minimal sprouting at the top. Avoid the ones with lots of hairs as it means that the carrot has been growing and sitting there for some time now. Below is the step-by-step process for preparing carrot puree for babies Carrot Puree Recipe (6-8 Months) Recipe Type: Baby food Category Puree Age: 6-8 months Cook Time: 15-20 Minutes Prep.... 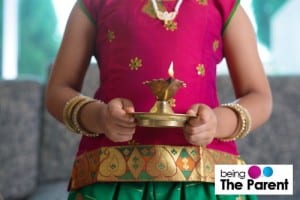 [caption id="attachment_2687" align="alignleft" width="200"] Prayers and faith form the essence of Indian Culture[/caption] As the world is shrinking, and we have started to be close to those who were earlier out of reach, the fact remains that we are also constantly being distanced out from our roots. A lot of us stay away from our family towns owing to better work opportunities and are ourselves distanced from our very own and distinct Indian culture and heritage. It has become very common to like and adapt western traditions and practices, but at the end of the day, we should not loose our ancient Indian roots. A lot of parents worry about how their children will follow Indian culture and have Indian values imbibed in them in this age of westernisation. Parenting is also a matter of debate where the fight is between independent western parenting and Indian traditional parenting. We believe that with examples, and careful balancing, they can have the best of both, and you could see your daughter or son grow up into a modern, yet rooted woman or man. However, with a computer and internet so easily accessible, and exposure to a lot of good and bad information, children seem to be....