Is Your Toddler A T.V. Addict?

If we go around asking one simple question to the parents these days that “how does your child spend most of his day?” The prompt reply would be “watches T.V”. There is no harm in watching T.V but yes, too much of anything is bad (actually worse than bad for toddlers) and your child surely needs your guidance while watching various shows. On one hand, TV is a great source of knowledge and information to the children and on the other, it does not leave a very good impact on the child’s mind due to the content aired, and thus causing interference in a child’s developmental path. Parents can however, set certain rules for watching T.V for their children so that they can benefit from it without hampering their growth.

How Much TV Is Good For A Toddler-
Expert opinions suggest that a toddler should not be introduced to TV before he is two years of age. After two, he can be allowed an hour or two of TV, but under supervision and restricted to watching quality programmes. This is the time when the child’s brain develops, and TV hinders the need for imagination and curiosity by making them less engaged with the world.
What Can You Do?
However, if you dismiss these cases are extreme, we’d suggest you work on the following guidelines to check the time being spent on TV by your toddler-
• Set the time limit:

You can set the time period for watching T.V. If you have a set time table for your child, he will know what is to be done and when. Set an hour or so for watching T.V. If your child goes to school, make it as an incentive for them.
• Decide the programs yourself: Let your child know that the programs he / she watches will be decided by you. Don’t force your choice on him instead arouse his interest in discovery or animal planet or any other educational program. Let him / her watch the favourite cartoon for a while to relax.
• Always reason out things: Your children want to know the answer to all the questions they have in mind. You have to tell them the reason for refraining them from doing anything. They will willingly follow your instructions if they are satisfied with your explanations.
• Encourage them to do other creative things: Encourage your child for other activities like gardening, reading story books etc. Take them to parks or for other outdoor activities like football, swimming, dance class or any other things that he / she might be interested in.
• Set strict rules for not watching T.V at night: Your child should know that he is not allowed to watch T.V after 9 p.m, ideally he / she should be sleeping by then so that he is fresh in the morning when he goes to school. If your child sleeps early at night, his mind is more active and it increases his grasping power.
• Too much T.V watching affects his eyes: It is known to all of us that too much of Television affects the child’s eyesight. So you must keep an eye on how long your child is watching T.V
• No T.V While Eating: Doctors always suggest avoiding watching TV while eating. The kid will not be interested in eating if he is concentrating on his / her favourite show. It increases the chances of obesity among children. When your child watches too much T.V, there is less physical activity and he puts on weight by just sitting and munching.
How TV Impacts Toddlers Negatively?
Screens, whether television or computers work as great babysitters, but the consequences are not worth the breaks you get by making your child sit in front of either of them. These electronics stimulate your child’s development in a different way, and many researches have indicated that ADD or ADHD symptoms are more pronounced in kids who watch a lot of TV.
Short attention span, obesity, reducing impulse control, violent and aggressive behaviour are some of the problems with kids whose parents use TV as frequent babysitters.
Intelligent planning and a little strictness on your side can help your child from getting habituated to watching TV for long hours. Remember, it begins simply by wanting that one hour to yourself, then another to cook dinner, and then even another to call up friends. This habit gradually becomes dependence, and though it looks like that your little one is up doing nothing, he is actually doing a lot – running around, building blocks, fantasizing, and social engagements. These are the things that prepare children for the next stage of life, towards growing up and being independent.
Have a Toddler?
Toddler Basics

Pre-school Preparations: Why Routines Are A Must?

Congratulations! Your toddler is finally big enough to be sent to preschool. As you prepare to put your toddler in a preschool, your biggest worry is how he would adjust. You do not want him to cry his heart out every day, so even before the school starts, you start the "school pep talks". You tell him how exciting the school would be, how he would make new friends, how he would get to play with new toys and how he would be back home soon so there is no reason to worry or cry. However, what you do not prepare him for– and this is what mostly worries the kids apart from the anxiety of being away from you – is how his schedule changes in the pre-school. Why Is A Routine Important For A Toddler? Every child is a stickler for routine. The consistency that comes with a set routine makes the child happy and secure. You would have already experienced crankiness when your little one misses his afternoon nap, for instance. When a child knows what to expect and what not to expect at different times of a day, it makes him more grounded and disciplined as there are few unknowns in his day. When he knows what is coming next, he will not be cranky and tune in accordingly. The predictable....

Positive Reinforcement- How Does It Work For Your Toddler?

Every parent wants his child to shun anti-social behavior and disobedience, and rightly so. Parents continuously try to discourage bad behavior and enforce positive behavior. However, young minds need something to motivate them to behave in a disciplined manner, at first, and then this becomes their very nature as they mature. In order to reinforce positive choices by their kids, parents across the globe resort to positive reinforcement. What Is Positive Reinforcement? Positive reinforcement is when you acknowledge or reward good behavior. This kind of encouragement develops a ‘feel good' factor among adults and kids alike and motivates them to keep doing the same thing again, if not better. Though it may seem simple it is quite an effective tool and helps to shape good personality and character. How Does Positive Reinforcement Work On Toddlers? Toddlers have an impressionable minds. They learn quickly and also get influenced easily. When you encourage your child if he behaves well or does something good it puts the child in a positive state of mind and motivates him to do better. If you encourage him for good behavior and dissuade him for bad the child will learn to adapt to.... 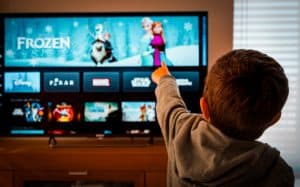 The Best Cartoon Videos For Kids

Kids love to watch cartoon videos. It is not just the source of entertainment for your baby, but it is also a way of leaning. So, if your child loves to watch cartoon videos, then you don't need to worry much. It is normal to love cartoon videos at that age for a child. But, you have to ensure your child watching cartoon videos for a limited time. Watching cartoon videos for a long time is not a good thing to do for a child. That is why in this article, let's talk about cartoon videos for kids.   What Are The Best Cartoons For Toddlers? An ideal cartoon show for a toddler would be more learning than entertainment. At that age, a baby is growing, and he or she is also building the perception. So, watching the right cartoon shows, according to the age of the toddler, is very important. Here are some of the best cartoon shows for toddlers: Little Einsteins Sid the Science Kid Word World Daniel Tiger’s Neighborhood Doc McStuffins Super Why! Timmy Time Octonauts Peep and the Big Wide World Bubble Guppies What Are The Best Cartoons For Babies? Babies need to watch entertaining cartoon shows. Also, the cartoon shows should have a bit of a learning factor as.... 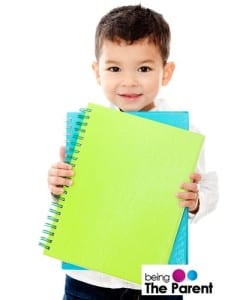 Top 10 Tips To Prepare Your Child For School

[caption id="attachment_2692" align="alignleft" width="228"] Is-your-child-ready-for-school[/caption] If you are worried how your toddler will adjust to the new preschool or day care routines, the solution lies in making preparations for the same. Essentially, once you decide to resume work and plan to leave your baby in a day care or with a caregiver at home, you should start making him know that Mommy could be away at times. Similarly, when he’s going to a school, he needs to let go his fears and embrace the world outside with open arms. Some tips, to make the transition easier for the children: Take The Talk Walk: Refrain from surprising your child by announcing it’s the day of school. Talk to your child, about how fun school is, what he will learn, and how he will be making new friends. Also talk to him about the new routines that will be settling in. Set the Expectations Right: No, it’s not going to be a fairy tale ride either. Let your child know what to expect, how school works and how he needs to adjust. Though if he’s just in a day care or a preschool, he will not have the pressure of studies, yet let him know that he might be required to listen sometimes. ....