Ayurvedic medicines have never let down a human life, hope, and wealth of health. It has always turned out to be extraordinary and fruitful whether it’s the healing powers or maintaining physical health conditions. A plant with 100 roots called Shatavari or Asparagus Racemosus is one of the Ayurveda’s amazing finds. In this article, we’ll know about the pros and cons of using Shatavari during pregnancy.

Shatavari helps the human body in multifarious ways. It balances the female hormonal functions and also increases breast milk creation as well as the body’s fertility. So, keep reading to know all the Shatavari Kalpa uses and side effects below. 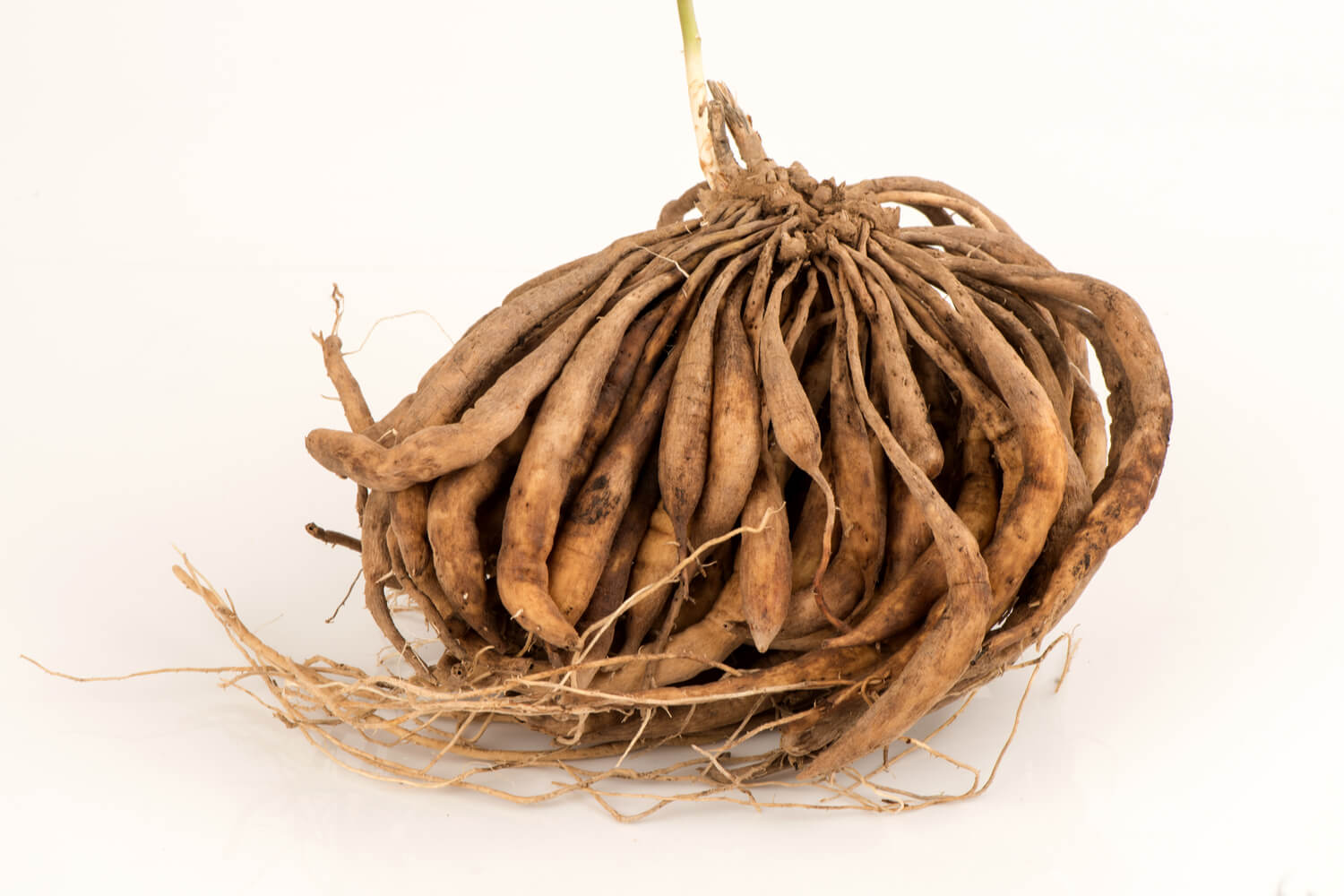 Can you use Shatavari while Pregnant?

Shatavari needs to be taken as per your body’s specifications and requirements. It is because this strengthens a woman’s uterus. Moreover, this aids in producing good amounts of breast milk for the baby at the time of lactation.

Also, to know about your body’s type, tolerance, and power, it’s great and fully recommendable to have an appointment with a doctor. It will help you understand the amount of shatavari during pregnancy you should consume.

You can also take this after the delivery of the baby, as you are still in a recovery position and you need help with nutrients.

Some of the given attributes will help you understand why it is important to add shatavari churna in pregnancy: 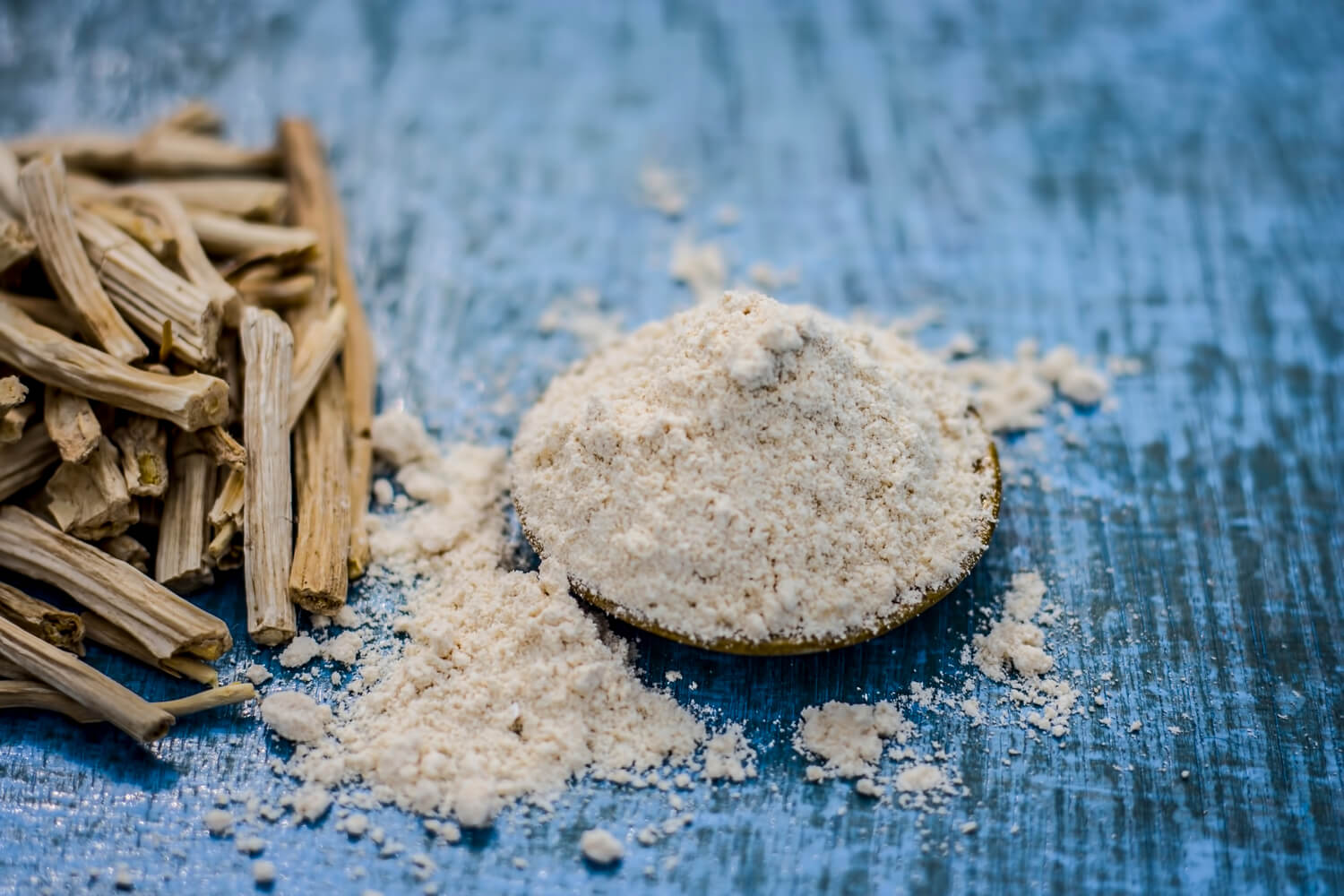 Benefits of Eating Shatavari During Pregnancy:

Before consuming Shatavari kizhangu, know its benefits and understand how to enhance your health with it.

It is a plant that acts as a helping hand at the time of lactation. Further, it has some major healing features which have helped people from ancient times. The benefits of shatavari kalpa are given below:

Folic acid is a nutrient that helps the fetus to grow to a certain amount. Shatavari is crucial for the production of new cells and DNA and prevents chronic diseases.

It gives an effect called galactagogue which aims at producing a hormone called prolactin in huge amounts and without any side effects. This effect is held responsible for steroidal saponins. All these hormones and balances are assisted by the shatavari plant as it helps women boost the production of breast milk.

The shatavari powder enhances and restores your immune system. It fights all the bad bacteria or viruses and helps in healing faster.

The shatavari powder during pregnancy is perfect as it aids in the proper working of the body, along with helping in the production of new teeth and bones for the baby. When expecting, the mother needs all the sources she can get for the better and whole development of the baby’s organs and parts.

As it is said that if the mother is sick, the baby also gets affected. So, to avoid that, the body requires a pretty good amount of Vitamin C. It is because vitamin C acts as an antioxidant that safeguards your body from any risks of being unwell.

Vitamin E is a crucial mineral that is one of the essential satavarigulam benefits. It shields the body from any type of damage. Also, it prohibits disease development in the body and refines the body’s stability and proper functioning.

Vitamin B6 is a nutrient that improves the immune system of the body. It also helps in preventing dizziness, morning sickness, and many more things.

Vitamin K is crucial and plentiful in shatavari which prevents heart diseases and manages cardiovascular health of the body.

It increases the sensitivity of the women’s genitals to help it collect the mass quantity of mucus to let the sperm reach the egg.

Shatavari has a lot of inulin in it which aids the body’s bowel movement and stabilizes health. 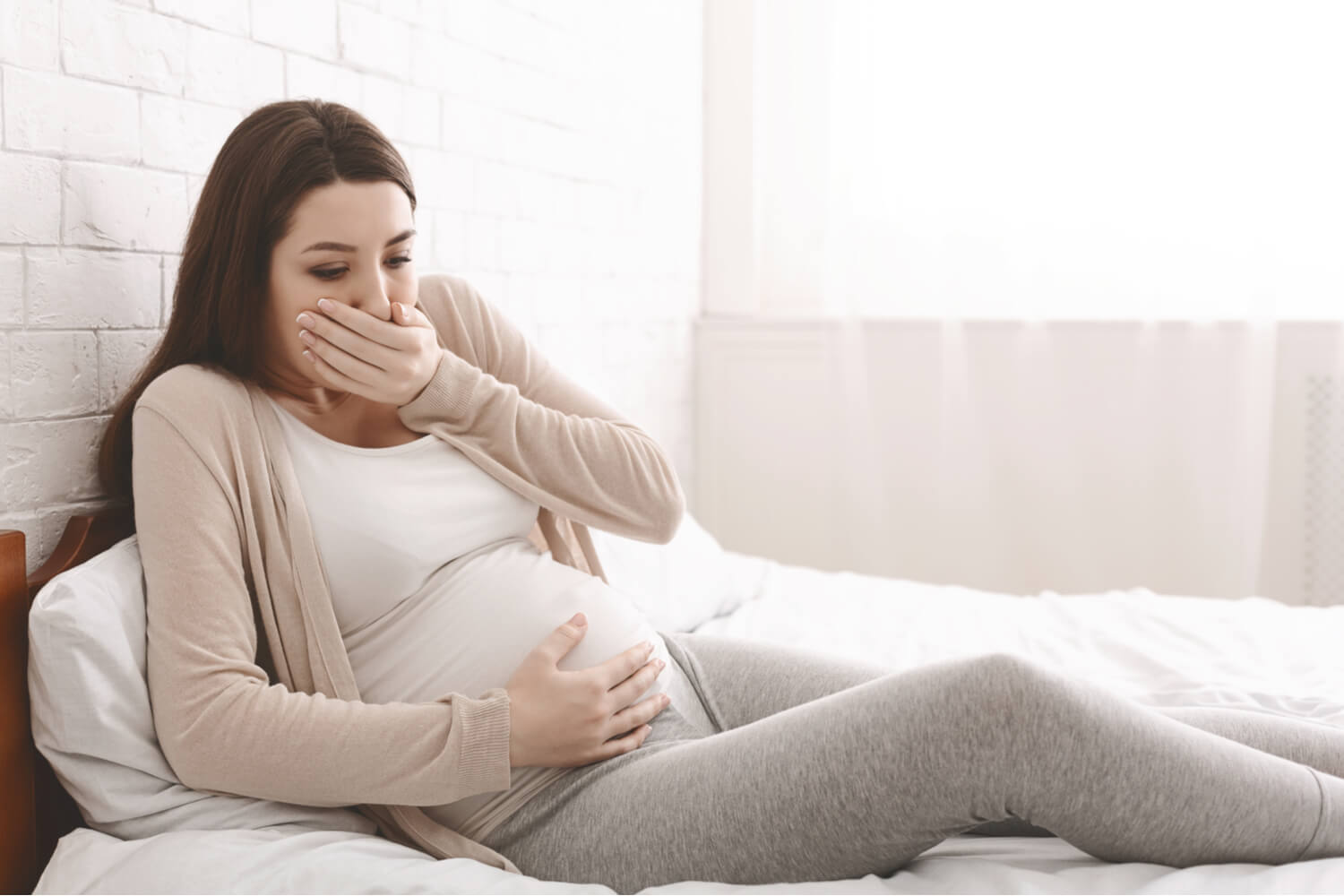 Shatavari Kalpa can elevate estrogen levels in a female body. If the levels of estrogen are high, Shatavari Kalpa during pregnancy may cause pain around the breasts. More such Shatavari churna side effects include:

Dosage of Shatavari for Pregnant Women:

As said earlier, the quantity of shatavari kalpa during pregnancy depends on your body’s needs and strength, so you should consult a doctor before taking it. Also being pregnant, you don’t want any complications in your life. So, never include anything in your diet without consulting your doctor.

So now, you are now fully aware of shatavari lehyam benefits for pregnant women: why opting for shatavari pregnancy is important, yet you need to be cautious about it. Everything has its pros and cons, and so does shatavari.

Pregnancy is one of the most cherished as well as delicate phases of any woman’s life. And to keep yourself and your tiny one inside you healthy is the topmost priority for you. It is crucial to find a balanced diet and all the suggestions from your near and dear ones make you more confused, isn’t it? Pears also fall into this category. So is it safe to eat pears during pregnancy or not? A great routine to include fiber into your diet chart during pregnancy is to eat pears regularly. This tropical fruit is full of natural nutrients, antioxidants, and many other essential elements. Still, questions roam around your mind like how many pears you should eat, what are the benefits of this fruit, whether any side-effects are there or not, and how to store it. Well, in this article we will clear all your doubts step by step. Is it Safe to Consume Pear During Pregnancy? How Many Pears Can You Eat During Pregnancy? 10 Amazing Benefits of Eating Pear During Pregnancy How to Select and Store Pears? Things to Bear in Mind When Eating Pear During Pregnancy How to Include Pear During Pregnancy in Diet? FAQ's Is it Safe to Consume Pear During Pregnancy? As per studies and....

Pregnancy is a time for all sorts of indigestions and other digestion-related issues. Your pregnancy cravings want you to devour everything in sight and that stomach refuses to digest anything, even the regular foods your body is used to! Now, when you have a bad stomach or some indigestion, popping in a Hajmola might have brought you very quick relief. It is a very convenient little thing to carry in your purse too. However, is it safe to consume Hajmola during pregnancy? Will it help or affect you when you are pregnant? Read on to find out more! What is Hajmola? What are the Ingredients of Hajmola? Is it Safe to Consume Hajmola During Pregnancy? Health Benefits of Hajmola During Pregnancy Recommended Dosage of Hajmola Side Effects of Consuming Hajmola During Pregnancy What are Your Alternatives? FAQ's What is Hajmola? Hajmola is a digestive tablet under the brand name Dabur. It is made from a mix of many herbs with medicinal values, to aid better digestion. What are the Ingredients of Hajmola? If you want to have Hajmola during pregnancy then you should also be aware of what it consists of: 1. Black Pepper It is high in antioxidants, thus helping in reducing.... 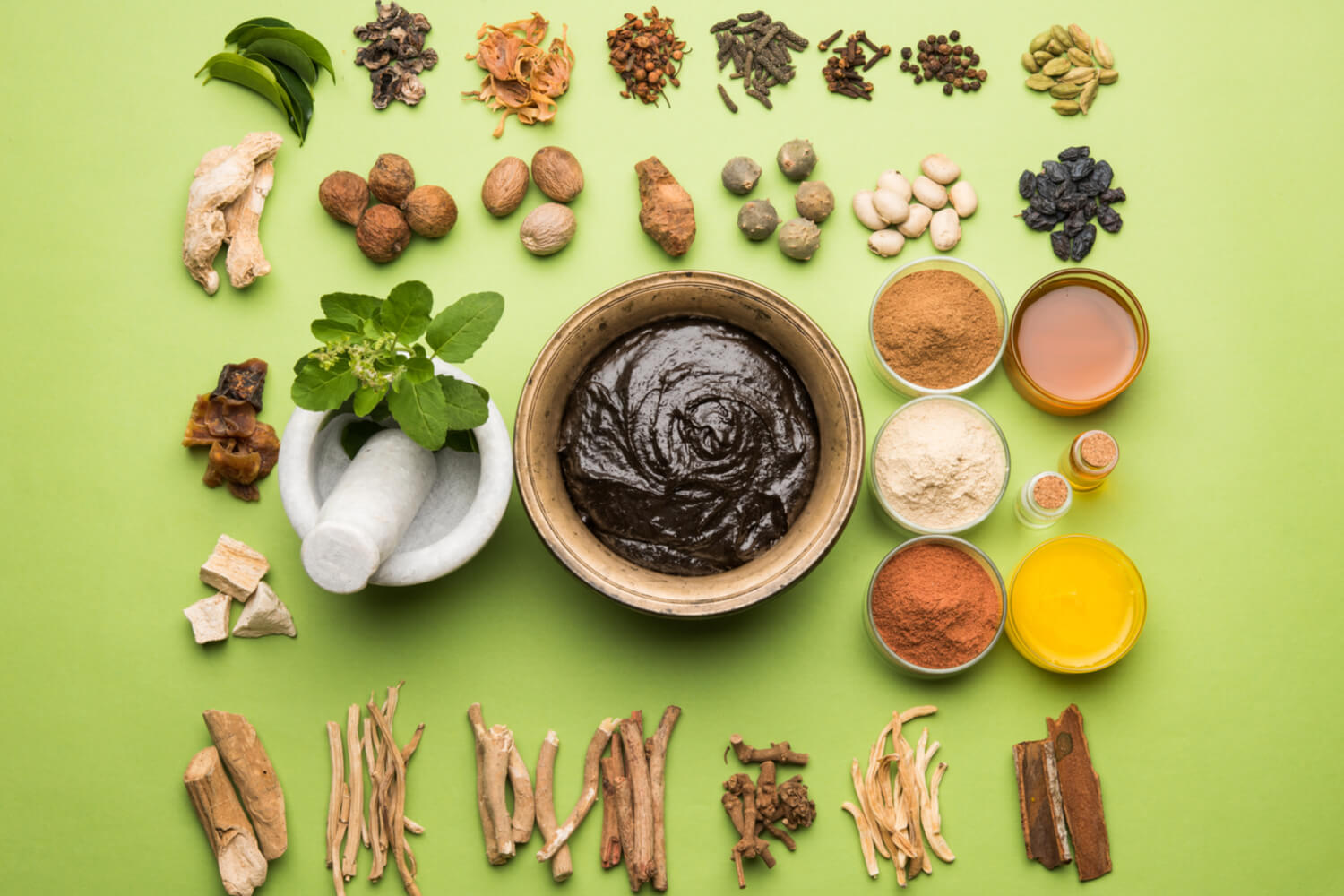