Pregnancy is a phase of life where the life of a woman takes a toll, and this could be due to hormones or physical and emotional changes. There are changes in physical appearance, taste buds, likings, disliking, mood swings, skin, etc. The skin usually starts becoming darker in pregnancy, though it can differ from one pregnant woman to the other but are more visible in the women who have dark hair or complexion. The research also states that the diet taken during pregnancy is also one of the contributing factors for skin pigmentation.
As the pregnancy advances, there are visible changes that can be noticed in the hair and the skin of the pregnant woman. Another important aspect is that of skin pigmentation that leads to visible darkness in various areas of the body, which can worsen more with exposure to sunlight. Whereabouts Of Skin Darkening During Pregnancy

When Does Skin Pigmentation Happen?

What Is The Difference Between Melasma And Hyper Pigmentation

Hyperpigmentation refers to any sort of discoloration of the skin caused as a result of acne, boils, eczema, pimple, sun exposure, etc. it concentrates on the top layer of the skin. Melasma, on the other hand, is hyperpigmentation, which gets into the deeper level of the skin and is relatively hard to treat.
The factors which believed to trigger Melasma during pregnancy are,

What Is The Duration Of The Skin Pigmentation?

Skin pigmentation is, no doubt a common facet of pregnancy more witnessed in the women who have darker hair and skin. Let us now see how long it can last:

How To Reduce Pigmentation During Pregnancy? 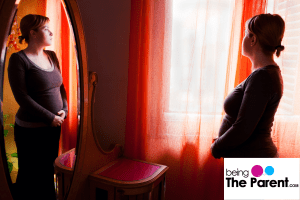 How To Reduce Pigmentation During Pregnancy

Skin pigmentation is certainly not something that is liked by any pregnant lady, especially with so many unwanted changes happening. But the good thing is that certain measures can be taken to reduce its existence and they are mentioned below:

How To Reduce Pigmentation After Your Pregnancy?

It is not guaranteed that all symptoms that start appearing in the initial stages of pregnancy or during pregnancy will end as soon as delivery happens. It is individualistic, and most of the times, the symptoms prevail even after the delivery is over. So, let us find the ways and means by which the skin pigmentation can be reduced post-delivery as well. Some pointers are:

Thus, as seen from above, hyperpigmentation is one of the changes that take place in the body of a pregnant woman, and there are few ways which help in reducing them, so it isn’t a cause of worry. Moreover, it disappears on its own and needs medical intervention very rarely. It is just a symptom and not an illness or disease, so, one should not wreck the brains too hard and take the stress.

Are Jamuns Safe During Pregnancy?

Pregnancy is a period that requires an intense sense of lifestyle management.You have to pick the right kind of food as your body demands extra strength to deal with the pregnancy. Obviously, you may need to prohibit some of your most loved dishes from your menu, also, incorporate some nourishment to your pregnancy menu that you are not used to eating. Some of the expecting mothers like to eat tangy and sweet Jamun, also called the black plum or the Indian Blackberry. Apart from its taste, Jamun offers numerous medical advantages to pregnant women. Are you craving to eat jamun fruit? Are you not sure about eating it amid pregnancy? Very likely, this article will help to clear most of the doubts regarding eating jamun amid pregnancy. What Is A Jamun? Is It Safe To Eat Jamun During Pregnancy? How Many Jamuns Can I Have During My Pregnancy? What Are The Benefits Of Eating Jamuns During Pregnancy? What Precautions Should I Take While Eating Jamuns During Pregnancy? When Should I Avoid Eating Jamun In The Ccourse Of Pregnancy? How Can I Select healthy Jamun? What Is A Jamun? Jamun is a heavenly plum–like summer fruit. It tastes sweet and tangy, and is rich in....

Is Oral Sex Safe During Pregnancy?

The most common question that lurks in the minds of women who are pregnant and their spouses is, is it safe to have sex? Pregnancy is a phase that extends for a whole 9 months. Obviously, it is too long a time to keep away from intercourse for both the partners. In fact, most women find it enjoyable due to increased blood flow to the vagina. To top it, research proves that sex during pregnancy reduces the chances of preterm labor (in most, if not all women). So, all the more reason to indulge! Vaginal sex may get tedious as the weeks advance, so most women may be left with the option of oral sex alone. And the good news is, it is perfectly safe. Read on to know more about this. What Is Oral Sex? Will Oral Sex Harm My Baby? 10 Things To Consider While Having Oral Sex During Pregnancy When To Avoid Sex During Pregnancy? What Is Oral Sex? Oral sex is a sexual activity in which a person uses his/her mouth, lips, or tongue for sexual contact on their partner's genital area. It includes licking girl's vagina or vulva to make her sexually excited, or sucking boy's penis, scrotum and nearby skin. Chances of pregnancy are very low in oral sex and gives as much pleasure as the.... 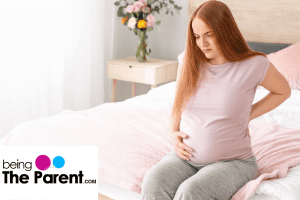 [caption id="attachment_27088" align="aligncenter" width="575"] Cramps During Pregnancy: Causes, Treatment and Prevention[/caption] Cramping is considered as a standard part of pregnancy. It is a process in which the body's lower abdomen encounters from sharp pain after regular intervals. It can be troublesome if you are not used to such kinds of sudden pain attacks. But cramping is entirely harmless during pregnancy, and it occurs due to physical and hormonal changes in the mother's body. The unborn child responds to the mother in her wound through some biological action like vomiting, nausea, dizziness, tiredness, back pain, cramping, and many more. In this article, we will have a brief overview of the major causes of cramps in pregnancy and how can it be treated to avoid discomfort for the mother. Is Abdominal Pain And Cramping Normal During Pregnancy? Abdominal pain and cramps are entirely normal in pregnancy as it signifies the intensity of changes and growth level in the woman's body. You might experience stress, cravings, discomfort, and cramps, as well. Cramping can be mild, which continues to come and go, whereas if the pain in the abdomen is severe and unbearable, then....

How Good Are Bananas For You During Pregnancy?