Benefits Of Running During Pregnancy Pregnancy and the birth of a child is a joyous affair for the whole family. The whole family and the near and dear ones make all sorts of efforts to make the mother happy and fit.  Different types of beneficial foods are given to the mother so that she is healthy and all comforts are provided as well.  A Lot of do’s and do not’s top the list for the same. Running during pregnancy, however, is not commonly heard, so it is difficult to say if it’s a myth or truth.
Therefore, let us have a brief snippet at finding out if it is safe to run during the pregnancy period, the conditions in pregnancy when it is not safe to run, the points which should be pondered while running under pregnancy situations, safety measures which should be followed as well as their benefits.

Is It Safe To Run During Pregnancy?

It is considered completely safe to run in the pregnancy period if your body has been accustomed to be running prior to this period as well. Running is the simplest and the most effective way for a proper workout to the body as well as the heart. In case one is not used to be running before, pregnancy surely is not a great time for kick starting it.

When Is It Not Safe To Run During Pregnancy?

What Are The Points To Keep In Mind While Running During Pregnancy?

What Are The Safety Measures To Follow While Running During Pregnancy?

Being active is the key to feeling great and pregnancy is no exception as it is good both for the mother and the baby. However, pregnancy being a crucial condition, there are some safety measures that should be kept in mind while running under this condition and they are enumerated as under:

What Are The Benefits Of Running During Pregnancy?

The benefits accrued from running are not only shelling which are important for labor and delivery time but it is also beneficial for all the nine months of pregnancy and is advantageous for the mother and the baby. Some benefits are listed as under:

Benefits Of Running On Your Pregnancy

Running during pregnancy is a great work-out to keep the heart and body in control. It helps in boosting both the physical and mental aspects. If done with proper measures and in moderation, turns out to be an excellent way to keep oneself fit. It even helps with the prevention of issues like gestational diabetes, reduces back pain and any other pain related to pregnancy also offering proper sleep.

Benefits Of Running During Pregnancy On The Foetus:

Therefore, we can say that the myth that running should be avoided during pregnancy is busted as it can be seen that apart from exceptions, running in moderation and with proper safety measures is beneficial both for the baby as well as the mother-to-be. It helps not only in pregnancy but even post- delivery and has added advantages for both the mother and baby duo. After all, it is said,” A good run is more like the consumption of a cup of coffee, where you feel much nicer once you get it, the more you get into the running practice, the better and stronger you feel to be able to face all sorts of difficulties with ease”.

Most pregnant women a burning sensation in the chest accompanied by pain in abdomen at some point of our life. Be it the spicy food or something that didn't gel with your stomach, the stomach juices try to push themselves up through the esophagus leading to burning feeling. This bring about Heartburn During Pregnancy. Sometimes, you can taste the food mixed with stomach acids at the back of the throat or suffer from sore throat and cough too. This unpleasant feeling is more common during pregnancy, which can be serious enough to cause cardiac arrest! Find out ten Natural Remedies For Heartburn During Pregnancy Heartburn during pregnancy What causes heartburn during pregnancy? 10 natural remedies for heartburn during pregnancy To understand pregnancy heartburn better, let's first understand its mechanism: Heartburn During Pregnancy The esophagus or the food pipe through which the food reaches down the stomach has a set of tight muscles at its base which closes after the food has entered the stomach. This prevents the food from re-entering the esophagus. Now if there appears a problem with the closing mechanism of these muscles, i.e. They open and close at the wrong time,.... 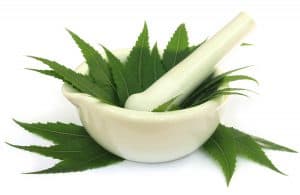 Is Eating Neem During Pregnancy Safe?

Neem is known all over the world for its excellent medicinal properties. It is even widely used for the preparation of different medicines. It is believed that the leaves of this tree are ideal for any type of skin ailments. Chewing neem leaves raw is known to build the body’s immune system, as well. The neem oil, however, can be used in the preparation of cosmetics, different medicines, and even pesticides made organically. Even its twigs are supposedly good, the flowers, barks, and roots are also used in one way or the other. All the parts of the neem plant have amazing healing benefits.  It is suitable for all types of skin ailments. Even today, people scatter fresh leaves near the patients suffering from flu, fever, or any other disease as they believe these leaves can fight off the germs. People used to tie a bunch of leaves on the door as they believe that the air passing gets purified and even helps to inhibit the spreading of disease. Neem has a special place in the Ayurvedic world and significantly used where traditional medicines are preferred. Neem helps in treating ulcers as well as in the purification of blood, flushing the toxins from the body, etc. Yet usage of....

10 Ways Junk Food Can Be Unsafe During Pregnancy

Chocolates, ice-creams, crackers, pizzas, burgers, sodas – is this what your baby bump is holding during pregnancy? If your answer is yes then it's time to re-consider your choices regarding junk food cravings, all these frequent take-outs are causing you harm instead of giving any benefits. For a healthy baby the foremost requirement is the intake of a healthy diet as your growing baby is relying on you for all his nutritional requirements. A healthy diet is absolutely imperative for the baby's growth and development. 10 Reasons Junk Or Fast Food Should Be Avoided During Pregnancy If you find your cravings for fat and sugar are too hard to resist then here you can find the list of the probable risks of eating junk food while you are pregnant. Keep them in mind when next time you have strong junk food cravings- Chemical acrylamide: Acrylamide is a chemical which has been found in the junk food that contains high level of starch content like French fries, bread, potato chips etc. When food items containing starch are baked and cooked at very high temperatures then this chemical gets formed. Recently there have been a few studies which found that in developing babies a higher.... 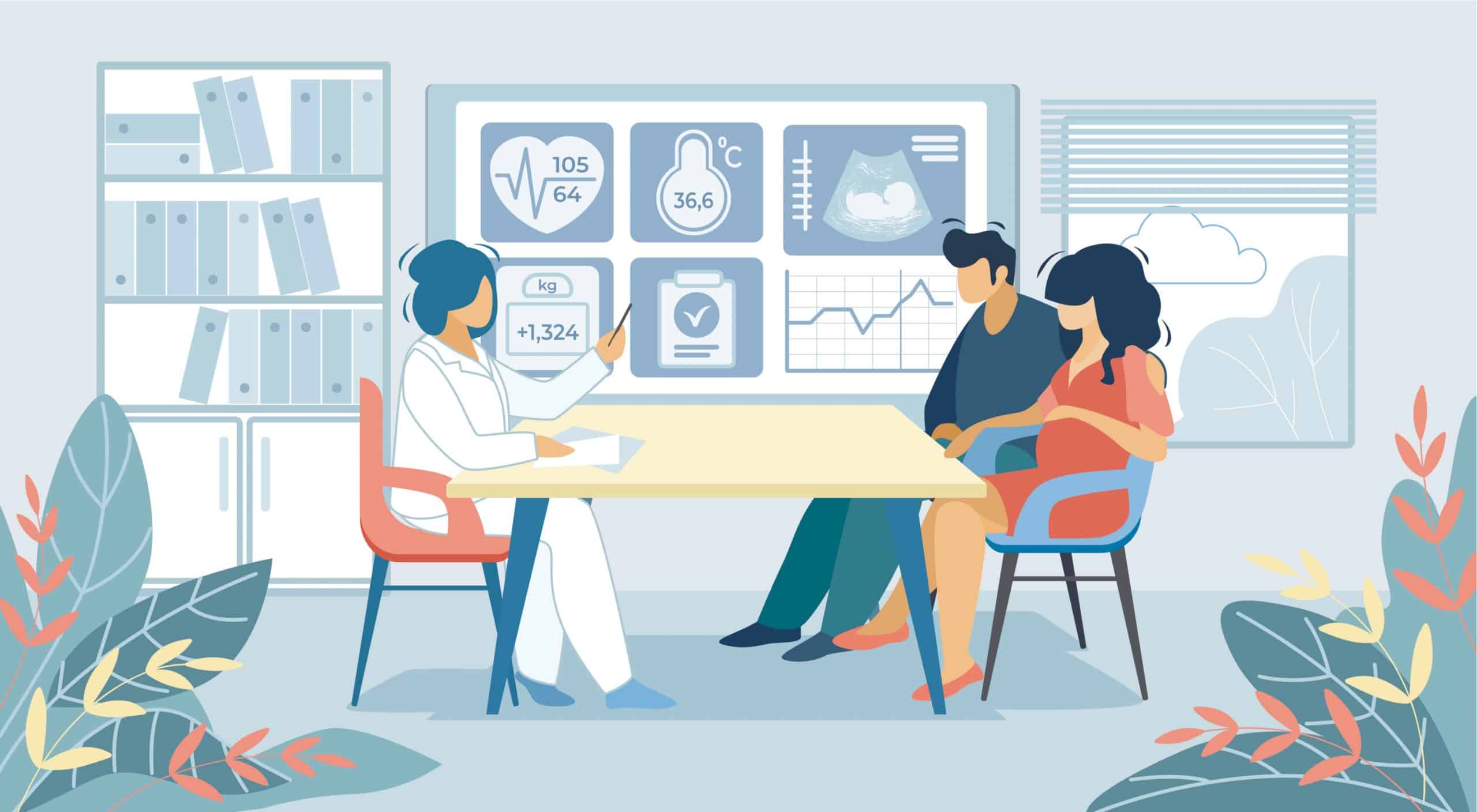 A Brief About Medical Tests

As soon as it is confirmed that a woman has conceived, she must go to doctor for routine checkup. Health assumes topmost priority once you are pregnant. There are a number of prenatal medical tests which need to be done when a woman is pregnant.  Choose a doctor you are most comfortable with, and a hospital close by your place of residence. These tests are done to make sure your baby is healthy and fit in your womb. Sometimes these medical check-ups relate to mother’s health. If she is already suffering from any disease, it is very important to check that the baby should not get affected by it. A regular visit to doctor for routine check- ups also helps to know about baby’s week by week growth. In general, a woman with normal pregnancy needs to visit doctor once in a month till 8th month and then weekly during 9th month. A woman with high risk pregnancy needs to see the doctor quite often. Most pregnant women need to have 10-15 prenatal visits to the doctor. Keep all your medical history handy and share all your previous reports. The regular and known tests during pregnancy are checking blood pressure, weight, abdomen of the mother. Ultrasound is the test which in done....