If the baby is in a heads-down position during the days prior to delivery, he is said to be in a normal birthing position. The baby in a normal delivery marks a grand entry into this world by showing his head first. However, in some cases, the baby might not be in a heads-down position and might be having his buttocks, and feet towards the lowest point in the uterus. This is technically referred to as a breech presentation. Although, a breech baby is not a cause of extreme worry as most breech babies are born healthy, yet special considerations are required to birth a breech baby. In such a case, doctors usually try to bring baby in a heads down position by attempting to change the baby’s position externally. You must have vaguely heard about the inversion technique while giving birth then we is going to give you all the information you need on the process.

Why Does The Baby Go In A Breech Position?

There is no specific reason as to why a baby takes the breech position. A number of factors like multiples, an abnormally shaped uterus or the placenta, more or less fluid around the fetus etc. make the baby shift its position. A baby till about 35 weeks changes positions very frequently, and that is what mother’s perceive as fetal movements, but post that, sometimes, the baby is unable to change its position. This could be because of space and size issues, and that is why external efforts are used to change the baby’s position from breech to normal.
Some studies also connect the metabolic function of the mother to the fetal position, which is related to thyroid disorders. A baby may also take a vreech position if the umbilical cord gets wrapped around her, or the placenta is low lying and blocks the room for the baby’s head. Some experts also believe that having too tight or too lose uterine ligaments and muscles (twisted or torqued)may also be the reason a baby assumes a breech position.

When In Pregnancy A Breech Becomes An Issue?

A baby’s breech position is not an issue till the 30th week or so, and it is not considered an issue. Till about 32-34 weeks, if there are no physical limitations to the womb, breech is not an issue. However after that, it is suggested to encourage a heads down position to facilitate delivery. The journey of breech babies can be somewhat summed like this:

Who Can Help Changing Breech Position?

Though the technique in which your particular case is to be handled can differ, only allow trained people to take you through it. Here’s whom you can trust:

What Are The Techniques For Changing The Breech Position?

Well, your baby has the full liberty to spin and roam whichever way it wants to while in your tummy. The baby keeps changing its position when you sit, stand or lie down. Yeah, maybe he enjoys all the spinning but when it’s time for delivery if the baby is not in the right position it can be a hindrance to the natural birth process and force you to do for a c-section against your wishes.

ECV or External cephalic version is a technique that, under appropriate medical conditions, and assuming you are fit for it, is used to turn a baby from a breech position to a heads-down position before the process of labor begins,
So, this technique of spinning a baby is all about getting your baby in the right position and ready for birth i.e its head coming out first instead of its buttocks – with help of a little bit of stretching and balance.

The Process of Version For Breech Position

First of all, clarify your medical conditions if any with your caregiver. Your doctor will assess your and the baby’s position and decide whether to go for a version or not. If the answer is affirmative, the doctor will administer you a tocolytic medicine like terbutaline and attempt to turn the baby’s position by holding your abdomen and placing one hand on the fetus’s head and the other by the buttock. With this, the doctor will attempt to push and roll the fetus to a head-down position.

You could experience discomfort as the uterine contracts in this procedure. The baby’s heart beat is constantly monitored, and the procedure will be stopped immediately if the heart rate seems to drop.
The caregiver may also try to make the baby’s breech position to change with the below steps:

This is a traditional Chinese medicine wherein a moxa stick is used as an acupuncture. Usually, it is placed between the toes and burned, and ths should encourage your baby to turn position, breech (bottom first) to cephalic (head first). If nothing else, it will certainly make your baby move. Moxibustion is considered safe and does not harm the baby, but you must consult a registered, qualified acupuncturist, before trying it out.

How Can I Tell My Baby Has Changed The Breech Position?

If you are feeling strong kicks near the naval area then you can be sure that the baby has flipped into the right position. Another way of making sure is that you will fell heavier in the pelvis region.

If your doctor says your baby is in the breech position and needs spinning. Don’t be afraid, it is a common condition and can be taken care in the easy above mentioned ways.

Just given birth to your precious bundle in the midst of the sweltering summer heat? Apart from coping with the heat during pregnancy, after delivery, one becomes very apprehensive as a new mom about how your little precious will thrive in this climate. Overheating has often been related to Sudden Infant Death Syndrome (SIDS) and it can turn quite dangerous for your baby as they are not yet equipped to adjust their body temperature by themselves. Overdressing your baby can cause heat rashes and overexposure to heat can cause the little one to develop sunburns or a heat stroke. Hence, it may get tricky when you are dressing your baby in the hot season, keeping her both safe and comfortable. Do not panic, as all you need to do is ensure they are dressed perfectly to challenge the heat and are comfortable in every sense of the word. And the mantra here is - trust your intuition - mothers always know when their babies are uncomfortable. How Can I Know If My Baby Is Getting Overheated? Little babies begin to feel very irritated and start crying when they feel the high temperatures and so it is vital you know how to make sure that your baby is dressed properly to beat the summer heat..... 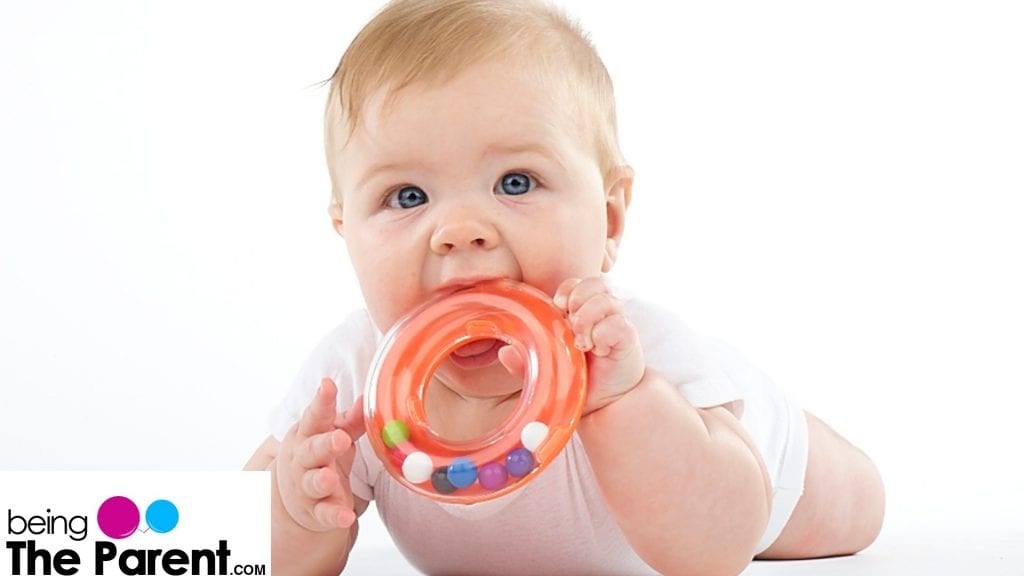 Tips To Stop Babies From Putting Everything In Mouth

The instinct of the babies is to explore the world around as he or she grows. Babies will touch, see, smell, and hear to learn about the surroundings. Those little hands will first hold a certain object and then move straight to the mouth. This process is called “Mouthing.” If you are baby is doing the same, then you should know that it is completely normal. So, let’s have a look at why babies do this and what are the possible risks associated with this habit and what preventive actions you can take against it. [caption id="attachment_27919" align="aligncenter" width="702"] My Baby From Putting Everything[/caption] Why Do Babies Put Things In The Mouth? As a parent, you will surely be worried about the mouthing of your baby. However, this process is completely normal as the baby will do that in the initial years to learn to touch, seeing, hearing, tasting, and holding objects. This is a way of exploration for the babies. The lips and tongue of the baby are the most sensitive part of the body, and they are the parts on which the little one has relatively more control. They have little control over holding and stroking the objects. Therefore, whenever your baby wants to....

All through nine months, a mother eagerly awaits the arrival of the baby. But once the baby arrives there are mixed emotions—while on one hand, there is a feeling of excitement about the road ahead, on the other hand there is extreme exhaustion both for the baby and the mother. This is quite normal. It's a good idea to keep visitors away for the first day at least and concentrate completely on your baby's needs. Soon after arrival, your baby will be checked, measured, pricked and cleaned. So even your baby needs some rest after all these. During the first few hours, the baby needs to adapt to a new environment and therefore wants to be as close to you as possible. Newborn Baby Sleep Patterns: What You Need To Know Here are some basics you need to know about your baby's sleep pattern in the first day after birth. It's a good idea to know what to expect so that you don't worry unnecessarily. As babies do not understand the difference between day and night, they tend to sleep for quite long in the first 24 hours after birth. Sometimes they may sleep up to 18 hours, not at a stretch though, but in intervals. This is not unusual. You will soon realize that your sleep patterns are....

Does Breastfeeding Cause Postpartum Hair Loss?

Post pregnancy with the little one to take care of, mothers tend to have very less time for themselves. Their world revolves around their baby. During pregnancy, everything about oneself feels good. There is a natural glow to the skin, hair and one feels very positive. But post pregnancy there is a reversal of the entire process. You may experience a lot of hair fall during this period. Does postpartum hair fall bother you? Do you feel breastfeeding is the cause for your postpartum hair fall? Read on to know more on this and how to deal with this problem effectively. Does Breastfeeding Cause Postpartum Hair Loss? Postpartum hair loss is basically the loss of hair which is more than the usual (may be in clumps) that many new mothers experience between 3-6 months after they give birth to the baby. The excessive hair fall is called telogen effluvium. During pregnancy, the hair seems to be thick and shiny and you loved the way it looked. But 3 months after your delivery, you experiences excessive hair fall. This is more than the usual 70-100 strands of hair in a day that goes unnoticed. The reason for this is the change in your hormone levels. This phenomenon has nothing to do with....