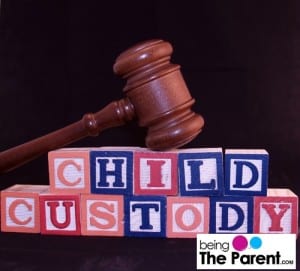 It’s not easy to end a relationship, but having a child makes it even more complicated. One of the most crucial concerns that rise up after divorce is deciding who gets to keep the child. Parents interested to obtain single or joint custody of a child end up in a court to fight their battle. Therefore, in such incidents, the court of law decides who wins the custody of the child as neither parents’ reach an agreement.

In India, child custody is resolved among parents themselves in majority of divorce cases. But, if you do not fall in this category or are not able to settle the issue among yourself, then the Family Court in India decides the custody for you.

Children aged 18 and under need to have a legal guardian in India and have the responsibility to take care of the child. In many cases only one parent can have the physical custody even though both parents share the custody. ‘Physical Custody’ means one parent will be solely responsible for the child’s basic needs like food, shelter and education and in some cases the other parent does have rights to visit. ‘Joint Custody’ is where both parents share custody of a child. In some cases if a woman remarry, she  may not get the custody but father who remarries may get, especially if second wife is not able to give birth.

There are specifications under each law. Decision on child custody is empowered by Guardians and Wards Act 1890 (GAWA) which applies to the people of all religions in India. Under this act a small child’s and older girl’s custody is given to the mother, whereas the father gets the custody of older boys, but courts also have a right to consider on personal laws while giving their verdict.

Hindus are regulated by The Hindu and Guardianship Act 1956 (HMGA) is similar to GAWA, although HMGA states father is the natural guardian of the child, also the main consideration is the welfare of the child. Generally, the custody of a young child goes to the mother as their tender years cannot be manages without the maternal love and affection.

According to personal Muslim laws, a small child is given to mothers, but she loses the right over the son once he is seven years of age and until a girl attain puberty. After a mother’s term is ended father has the custody right. Conduct of mother is most important and if it is ‘disagreeable’ she will not get the right to custody. In cases where both parents aren’t present, then the grandparents get the child’s custody. According to ‘Shia Law’ if a person does not follow Islam any more or ceases to be a Muslim, the custody is not granted to him/her.

Custody matter in case of Christians is handled by The Indian Divorce Act, 1869. Some provisions are stated under Section 41 of this Act that the Court can pass orders which it believes to be correct that includes to place child protection.

The Courts decide on different aspects which leads to the child’s welfare. The important factors considered by the Court to award custody are:

Irrespective of laws and customs, if a parent who wants child custody and cannot be settled has to request custody separately, it cannot be automatically transferred to a particular parent.

It is not difficult to get custody in India, depends on case to case. It is your right to get custody of your child and if you are capable to take care of your child then go ahead and file your application. If the child is not happy with the current situation or decision, then after a period of time it is possible to request the Court to reconsider the decision. Child’s satisfaction and best interests are considered by T