Defiant And Rebellious Behavior In Toddlers: Causes and Tips To Deal With It 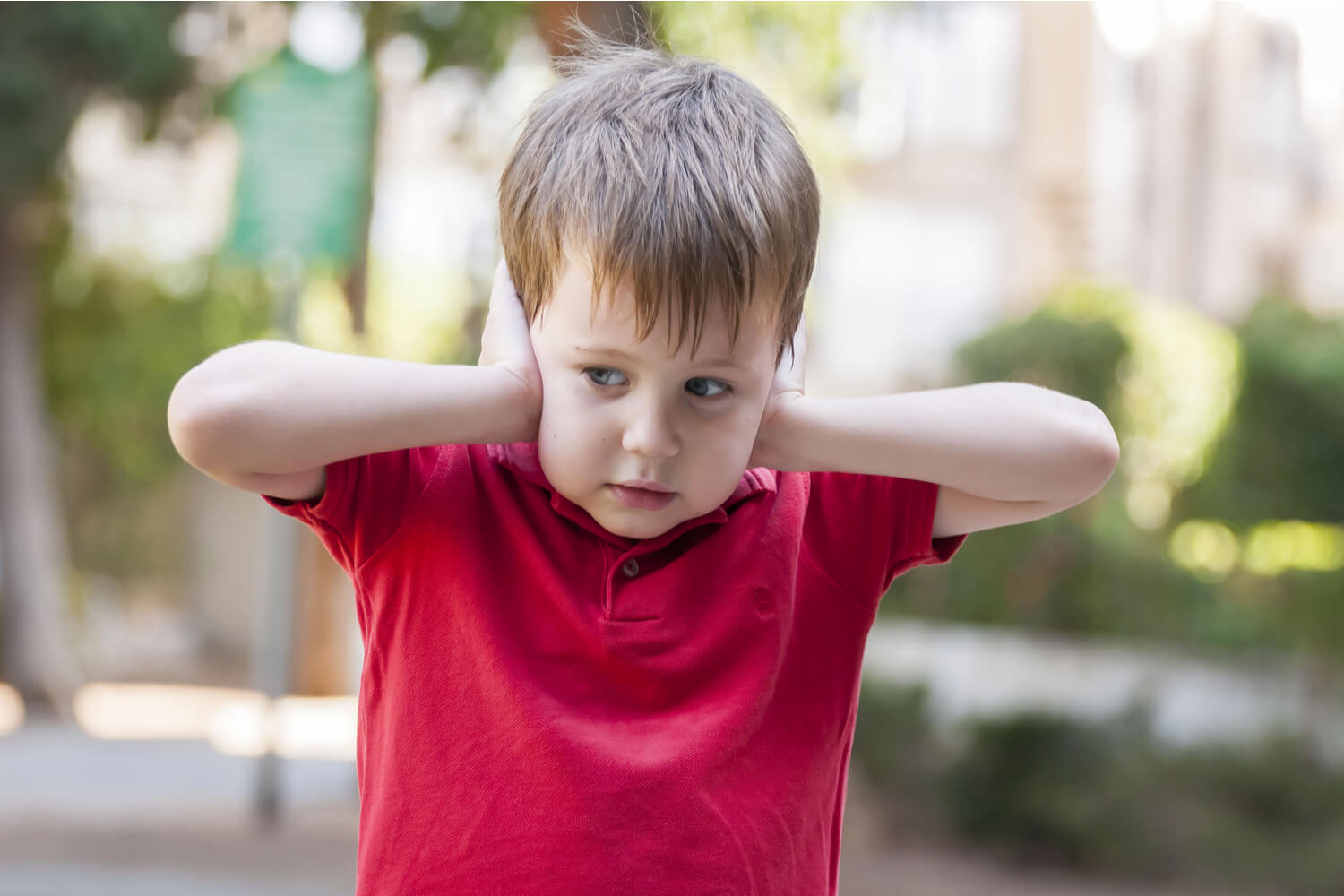 Defiant and rebellious behavior in toddlers is a common phenomenon that toddlers undergo at the ages between two and four years. If you think your two to three-year-old child reminds you of the strong opinions you had when you were a teenager, you have the company of many parents who are going through similar emotions.

A two-year-old has just begun learning about the world, and the more they explore, the more they begin to question. Your little baby has discovered language and now wants to express everything. No longer do they like to stay the way you want them to– they want to be, behave, look, act, talk, walk, eat, and do everything else in their own way. Yes, much like you when you were a teenager. Find out the tips to deal with defiant and rebellious behavior in toddlers. Persistent “no” is something that a defiant toddler will keep on repeating. Assertiveness, the will to control, and take authority over situations, is the way toddlers exhibit defiance. It is, bluntly put, your toddler’s job to oppose– now that he has learned that he does not share your priorities.

Your little one now begins to understand that they are different, and wishes to control his small world. The emotional reactions now become big and intense, and they start gaining confidence. They also start making their own choices and defy the parents’ attempts to control situations.

Toddlers refuse to behave the way you desire them to, and more often than not, it is sheer frustration that drives them rebellious. For example, take a 3-year-old girl who observes that you sip that morning cup of tea in beautiful bone china cups.

In the quest for gaining more control over everyday life, she may want to serve her doll’s tea in the same bone china mugs you use. Now, tell her that those mugs are not toys, she may get upset and throw her dolls away, stomp on her feet, refuse to speak with you, and cry endlessly.

Tackling terrible twos just becomes more difficult as toddlers kick them into gear 6 of testing your limits and pushing boundaries.

[Read: 20 Alternatives To Saying No To Children Without Saying No]

Why Does a Toddler Become Defiant? Defiant and rebellious behavior in toddlers is not rare. Firstly, you should understand that your toddler has just found a new sense of independence. Language has started to develop, and they are struggling with finding words to millions of expressions and feelings that are new, strange, and somewhat alien.

The lesser they can express in words, the more irksome they tend to get. Your little one may talk endlessly, and ask a zillion questions. Toddlers this age love the attention they get, so they’d like to dress and behave the way they want to.

The little beings realize that they can control situations by being rebellious, they understand that they can fight or cry their way to glory, they love to exert opposition and challenge everything that comes their way. Why, this is a development phase, as your little one explores, questions, challenges, and opposes.

Yes, toddlers might have the ability to push their patience to test levels, but at the same time, they also need your love and care. You will surely end up with a few strands of gray by the time this phase ends, but then parenting is about maintaining calm in the storms! As a parent, you should understand that your baby is going through many changes – emotional, physical, psychological, and whatnot. They are confused, excited, apprehensive, and even frightened.

By the age of three, a child begins to be conscious of reality. They are starting to go to a pre-school. At home, you are always telling them what to do and what not. Very teenager-like, a three-year-old toddler will simply tell you upfront if you are bending a rule or anything like that.

This is also the age when a child begins to discover his or her gender identity. See, gender is a very fuzzy thing, and even grownups get it wrong a lot of times. Seriously, if you ask a child about their views on homosexuality or LGBT, chances are you will have better answers than any academician or gay activist. Their responses are uninhibited straight from the heart.

Children at this age are very fussy about many things! For example, there are dishes they would eat and things they would not. It is the same as teenagers who are also very strong in keeping their personal opinion above everything.

Trying to force anything to be understood actually does not work at all! The best parenting way is always to explain the truth in a way a child understands.

It is actually mind-blowing to see children giving their verdict on social issues on TV and newspapers. They are bang-on most times, and offer an insight that adults have missed all the time!

Given the quality of news delivered in the media 24/7, it is no surprise that children grow up so fast. Parents should always comfort the little thinker that everything is going to be okay.

From their toddler-ship to their teenage years, children are always able to make friends, especially with boys and girls of the opposite gender. Seriously, nothing could be more beautiful and cute.

It is at this age that the best parents get to see their children getting into creative shoes. They are very enthusiastic and try out all types of creative stuff. From building structures with plastic models, painting, to writing poetry, every child is a genius in their own right. All they need is the support of the right parenting.

It is actually a tough task for a parent to digest a word of contempt from a three-year-old. However, instead of bringing your grown-up ego to the fore, try to figure out the reason behind the contempt. Do remember, raising a child is always a parent’s learning experience.

There is a good song by Progressive Rock Band Pink Floyd on their album called ‘The Wall’. It says, “We don’t need no education” in a children’s chorus. Now, grammatically, you may say that it is a double negation, but that is the point!

The children are telling you that ‘no education’ or suffocating discipline is totally not wanted. Teenagers are very well-known for their common aversion to schools, studies, tests, and stuff; the same thing. Parenting a rebellious or a defiant child may sound complicated, but your child needs to understand that you are on their side (not AGAINST Them) and love them with all your support. They need your guidance so that they can make responsible decisions later, and learn right from wrong.

All this, with loads of patience and an empathizing attitude. The heat of the moment may just drive you crazy and leave you dismayed and distraught. However, you need to deal with the defiant and rebellious behavior in toddlers calmly. The below tips should help:

So you may not like twenty things about the way your toddler is behaving. He might be looking self-centered, speaking impolitely, and stomping feet at the slightest defiance. The trick here is to pick your battles carefully and fight for one or two behavioral issues at one go. Make a list and prioritize on the basis of danger, unsocial, forbidden, or simply annoying. For example, if it is biting or scratching the head, address this first. Make a pick on those that you want to put an end to sooner.

You can also try preventing some battles by using techniques that would help you in dealing with irksome situations now and your toddler would accept them in some time. If they insist on watching TV, disconnect the power cord securely. Buy locks if they seem adamant about emptying cabinets. Simple!

[Read: Why Is It Important To Listen To Your Child?]

Calmness goes a long way, so does listening carefully. If your toddler feels they are being heard and Mama’s not shouting anymore, this may outright put them at peace. Use friendly tones, choose your words, suggest (never command) and focus on the dos rather than the don’ts.

More often than not, the fight is all about control. The trick here is to give your toddler some control by offering choices. However, be sure that the choices you offer are finite in terms of limitations. Be specific and do not give open ended choices

Sugar always helps the medicine go down. So your toddler needs to be given some reward when they abide by the rules and do not disappoint you. Resisting you is their natural reaction to lack of control, and it is also justified for them. A prize now and then will grant credibility to your discipline rewards.

[Read : 7 Tips For Dads To Discipline A Child]

Resistance is something that you will constantly face in your attempt to discipline a defiant toddler. Toddlers can also exert a sense of rebellious behavior, behaving strangely, and often resorting to the opposition. Now your little one does not relate his wants and needs, and both fly off in different directions.

If punishment is your sense of discipline, it will never work. Punishments never translate into learning, and without life’s lessons, your baby will never be able to make responsible decisions in life. So as a parent, you need to guide your child. Despite the resistance, you need to stay calm and patient and repeat the same.

Anger to teach a lesson defiant and rebellious behavior in toddlers will only worsen the situation. Your child is in a very delicate situation, so ensure that you shower them with lots of love, care, and affection. Ensure they feel that you are with them, on their side, not against them.