Some babies are born with some disorders making their early days difficult and unsafe. Hemorrhagic disease is one of those alarming disorder that affects the newborn.

What Is Hemorrhagic Disease?

Hemorrhagic disease is a rare bleeding disorder that often develops due to the coagulation disturbance during first few days of the life of the baby. It is also known as vitamin K deficiency bleeding (VKDB). It is potentially a life threatening condition.
According to the onset of first symptoms the hemorrhagic disease is grouped into:

As the name indicates, deficiency of vitamin K (which is an important factor in blood clotting) is the main cause of hemorrhagic disease.

Why Are Newborns Liable To Vitamin K Deficiency?

Newborn babies are subjected to vitamin K deficiency due to several reasons.

Is Vitamin K Deficiency Bleeding Dangerous For My Baby?

Yes. Vitamin K deficiency bleeding is often life threatening for the newborns. As newborns blood does not have enough vitamin K to form a clot, a bleeding can occur anywhere (external or internal) in their body. Internal bleeding (into their intestine or brain) are often unnoticed and cause damages to internal organs like the brain and prove to be fatal. Studies show that one out of five babies with VKDB unfortunately die.

What Are The Symptoms Of Hemorrhagic Disease In A Newborn?

There are some signs which seem insignificant which can occur prior to the significant signs that can develop into life threatening event of the new born. Those subtle signs include:

The classic symptom is obviously, bleeding. The bleeding can occur from anywhere (from single or multiple areas) in the body of the baby. The most common areas of bleeding include:

What Is This Raised Lump On My Baby’s Head?

If the lump appears earlier, it is often due to cephalohematoma (pooling of the blood from ruptured blood vessels between the skull and inner layers of the skin during delivery). Cephalohematoma usually resolves its own.
But if the lump appears later it could be due to an intracranial hemorrhage (bleeding inside the skull), which is a life-threatening condition.

How Is Hemorrhagic Disease (VKDB) Diagnosed In Babies?

When the doctor doubts of VKDB in your child after a physical examination and studying the symptoms shown by the baby and complete medical history, he will make the baby to undergo some blood clotting tests. The baby will fail the test if he has VKDB. Now he will be administered a shot of vitamin K1. If the blood clots VKBD is confirmed.

What Signs Should I Look In My Baby When He Is Diagnosed With VKDB?

More often you will not be fortunate enough to read the warning signs before the potentially fatal incidents start. However, be alert if any of the following sign shows up once your child is diagnosed with VKBD:

How Is Hemorrhagic Disease In Babies Treated?

Specific treatment for VKDB will be determined by your baby’s physician depending on the baby’s condition. It may vary from a shot of vitamin K given whenever bleeding occurs, to the blood transfusion if bleeding is severe.

What Can I Do To Prevent Hemorrhagic Disease In My Baby?

If you are taking anti-seizure medications, the early onset of hemorrhagic disease in your baby can be prevented by taking vitamin K shots during pregnancy. Health organizations recommend giving every baby a shot of vitamin K immediately after birth (into the muscle in his thigh) as a preventive measure. This practice is proved to prevent the classic and late-onset of hemorrhagic disease.

Why Is A Vitamin Shot Recommended For All Newborns?

The vitamin k shots are very much safe for the newborn. In fact, Newborns who do not get a vitamin K shot, are at an increased probability to develop severe bleeding 81 times more than those newborns who get the shot. The dose of the shot is generally very high when compared to the daily requirement. No need to get confused here. All the children are born without sufficient vitamin K as the vitamin k in the mother’s blood can’t be able to cross the placenta. Not only they are born without sufficient vitamin K, but they also won’t have a good supply of vitamin k till they turn six months old and starts to have food other than breast milk. Hence, giving your baby vitamin K shot before 6 hours past his birth is very important.

How Do Vitamin K Shots Help The Baby?

Vitamin K shot acts in two ways. To understand better, imagine that the dose is divided into two parts when the shot is given to the newborn.
The first part goes into the newborn’s circulatory system instantly and increase the level of vitamin K in the blood so that the baby’s vitamin levels don’t drop perilously low during the first days of life. Some of this vitamin K is stored in the liver and it is utilized by the blood clotting mechanism. Second, whatever is left of the vitamin K is discharged gradually throughout the following 2-3 months, providing a steady supply of vitamin K until a newborn child find another source around six months when a new diet is introduced other than breast milk.

20 Foods Your Baby Can Have Without Teeth

Introducing your baby to solid food is not as tricky as it may seem. During their teething period a baby's gums are strong enough to chew soft food and hence this is a good time to start feeding your baby semi solid food. It goes without saying that your baby's diet must be nutritious and healthy. During this stage, a baby is comparatively more active than she was and needs additional strength. Hence make sure your baby's diet includes fresh fruits and vegetables and steer clear of processed food and empty calories. Also, make sure the food you serve is neither too hot nor chilled. The best temperature to serve boiled or steamed vegetables would be lukewarm. If you are feeding your baby fruits or something which has been in the refrigerator make sure you first bring it to room temperature and then serve. Serving food too hot can scald the baby's sensitive tongue and food that is chilled can give the baby cold. How To Make Feeding Easier For Your Baby Invest in fancy utensils: Babies are attracted to bright colors and bold prints. Use this to your advantage and invest in some colorful plates and spoons. Fancy cutlery will help to hold your baby's attention and get him to look.... 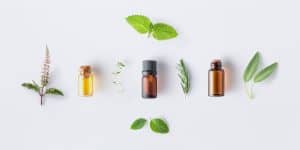 Mothers like to massage their babies with baby oils. It's a practice that passed from generation to generation. The elders in your family might have insisted on the importance of starting massaging your baby with oils once you are back home from the hospital with your little bundle of joy. However, as oils are massaged into the skin of the baby, it is important to know which oils to massage with because a baby’s skin is very sensitive. But, have you ever wondered how oil massaging helps your baby? Which baby oils are more suitable for your baby’s skin? What are the things that should be taken care of while massaging your little one? Let’s find all that out in this article.   What Are The Advantages Of Massaging Baby With Oil? Here are the advantages of massaging baby with oil It promotes mother-child bonding Promotes muscle strength and bone strength Promotes metabolism Promotes weight gain A good oil massage will help to alleviate tummy issues which are quite common among newborns Enhances the quality sleep of the baby Promotes motor skills Improves blood circulation Detoxifies the skin of the baby Tips To Remember While Massaging Your....

Postnatal Massages After A Cesarean