The feeling of becoming a mother makes a woman complete. Pregnancy labour has physical, hormonal, and emotional changes. The mother is oblivious of all the changes that are happening. Pregnancy Labour is one of the difficult times as there are no certain symptoms for the same. It will be a great help to get a better insight into the topic. Find out everything about pregnancy labour. All women undergo some transformation, yet the changes are not the same for all. What one experiences might not be the same for others. Pregnancy for some is a smooth one and challenging and tough for the others. The hormonal changes become abnormal affecting blood sugar and blood pressure levels. 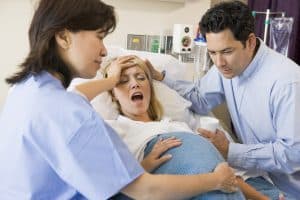 Symptoms Prior To Pregnancy Labour

IT is an unmatchable feeling to be a mother, but it even comes with anxiety and curiousness. Giving birth to yet another life and being responsible for it can give jitters to a mother. The mother is always figuring out for the symptoms of labour.

Since women differ from each another, the experiences differ too. It is a difficult task for a new mother to detect the signs or understand a false alarm for labour. Give below are some of the common symptoms that a woman undergoes.

The baby descending to the pelvis is the earliest sign for labour. This is a few weeks before the labour. It even results in an increased urge to go to the washroom. The baby’s head starts pushing down and get into an exit position.

The cervix tends to dilate and become thinner with time.

The mother starts to feel the cramps accompanied by lower back pain. This is due to the stretching of the joints and the muscles.

Joints loosening up is also a sign of labour. As the hormones keep changing, the ligaments start to loosen up. This continues until delivery happens. It is also a natural way for the pelvis to prepare a path for the baby to arrive.

Muscle relaxation in the rectum and uterus can result in diarrhoea. The best way to tackle this is by keeping oneself hydrated.

No weight gain or losing weight is even a symptom before labour starts. The weight loss can be accountable to diarrhoea or reduced amniotic fluid levels.

Nearing the delivery time urges the mother to rest more. Due to diarrhoea as it makes a person weak and exhausted. This is also due to frequent urination and restless sleep.

8. Changes In The Vaginal Discharge:

The vaginal discharge becomes thick before labour. This happens as the mucus plug falls. It changes to a pink colour indicating labour is near.

These are the most obvious signs misinterpreted as Braxton Hick’s contractions. The actual contractions are like a menstrual cramp. It also features lower back pain, abdominal pain, as well as stomach upset. This pain further shifts to the legs from the lower abdomen.

Breaking of water is the last and the definite signs that state that the women are going into labour.

Is Baby Pushing Down A Sign Of Pregnancy Labour?

Yes, the baby pushing down towards the pelvis is the obvious signs of labour. This is one of the first symptoms and happens a few weeks before the delivery. This period can vary from two to four weeks.

What Are The 4 Stages of Pregnancy Labour?

Labour is the process of childbirth and has four stages. Given below is a brief of all the four stages of labour.

The First Stage Of Pregnancy Labour

The Second Stage Of Pregnancy Labour

The second stage characterises the dilation of the cervix and the delivery of the baby. The contractions result in the baby to push down, and it comes with immense pressure. This even urges one to pass stool. The mother needs to push with every contraction. With time, the contractions keep becoming stronger. The time span for this stage is dependent on:

The Third Stage Of Pregnancy Labour

Once the baby is delivered uterus starts contracting till it pushes the placenta out. The placenta starts delivering in 15 minutes after the baby is born.

The Fourth Stage Of Pregnancy Labour

After the baby is born and the placenta comes out from the body, the mother feels relaxed. She feels tired and is full of joy. Post the delivery the babies need nursing. Some babies need it soon. Others can need a longer time. Nursing right after delivery helps to contract the uterus. It also helps to decrease the bleeding.

The duration of early labour is about 12 hours or even more. The cervix effacement and dilates to about 3cm, the contractions go on for half an hour to 45 seconds. The contractions are irregular and strong as well.

Which Week Is Good For Delivery?

Which Week Is Safe For Delivery?

If the baby is born before 37 weeks, it is a preterm or a premature baby. The babies who are an extreme case of preterm infants are born by 33 weeks as well. The ones who are late preterm babies are born within 37 weeks

Is It Better to Induce Labor Or Wait?

It is best for labour to start by itself, but in certain cases it is a piece of advice by experts to induce the same.

Can You Be In Pregnancy Labour And Not Know It?

All these signs state informing the midwife and getting the bag ready. It is best to keep oneself fresh and wearing comfortable clothes. One should elevate the feet and rest with the partner or near and dear ones around you.

What Does A Mucus Plug Look Like? How Does It Differ From Discharge?

Thus, giving birth to babies differ for all women. The common signs of labour are stronger contractions. The falling of the mucus plug is also a strong sign of one getting into labour. It helps to differentiate the signs of false vs. real labour. It also prepares the mother to go into labour. 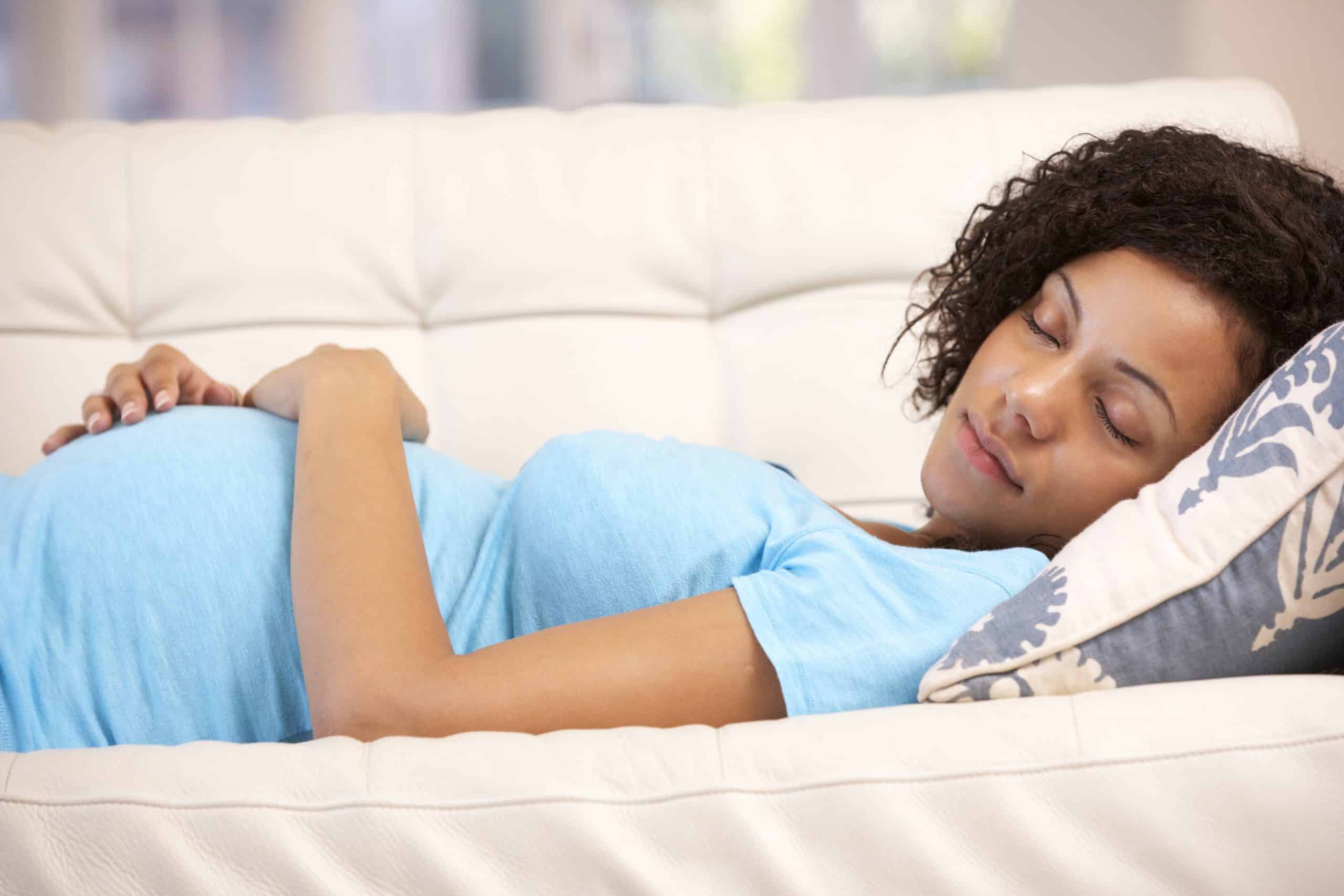 Lying On Your Back During Pregnancy

The journey of pregnancy is the most uncomfortable and memorable period of a women's life. The list of memories and myriad of problems trouble the peace of mind. Simple aspects like sitting, standing, and sleeping bothers a lot. Almost 76% of women trouble getting quality sleep as suddenly the sleeping position changes. Research says that lying on the back during pregnancy is not safe, as there are chances for stillbirth.     But is it safe for pregnant women to lay on the back? Let's delve deep into the science and know the facts. Is lying On Back While Pregnant Dangerous? If you are sleeping for a short while, unconsciously, don't worry. This wouldn't be a significant trouble. As you sleep on your back, the pressure of the abdomen lies in the intestines. The resulting health problems include: Backpain Trouble with breathing Changes in blood pressure Digestion concerns Make sure to sleep to your left, even while having a small nap. After getting back to sleep post nightmares or while settling to sleep, remember to relax to your left.  What Happens If You Accidentally Sleep On Your Back While Pregnant? If you are in the third trimester and....

There are several fruits, vegetables and food items that influence pregnancy and delivery. Some foods influence the health of the mother and unborn child by supplying the daily needed vital nutrients while there are other food items that are capable of stimulating the contractions and thus, inducing the labor. In some remote villages, people still use some fruits and vegetables to terminate unwanted pregnancies. This proves what some food items are capable of. Why Should Labor Be Induced Naturally? Foods That Can Help To Induce Labor Fast What Is The Relation Between Bowel Movements And Uterine Contractions? Physical Activities That Can Induce Labor Why Should Labor Be Induced Naturally? Towards the final weeks of gestation, all pregnant women look forward to the due date. But approaching or going past the due date without any significant sign of labor will leave them uncomfortable and impatient. This will urge them to think of something to make the labor faster. The easy way is to depend on the medical interventions to induce labor. But before going for that there are several natural methods which they can try at home to induce or accelerate the labor. One of the....

Choosing the best color option can be a tedious task, especially when it's for your baby and why not? After all it's your little bundle of joy for whom you will decorating a special place called a "Baby nursery" with all the little things that you might need, be it a changing table, a cozy cot, a diaper stand, drawers and what not. Selecting the best shade and tone of color can have a great impact on the mind and soul. Be it adults or babies, color has always seemed to have a huge impact on our psychology, the way we interpret them and how they derive a certain emotion or feeling in us. This is why; today we shall discuss the importance of colors and their impact on your baby while decorating your baby nursery. Color Psychology For Baby Nursery Colors have been seen to have a great impact on human body and mind. They induce emotions and feelings in us. Some color can make you feel happy while others will simply make you feel dull. This is color psychology. It plays a significant role in your baby's behavior and overall lifestyle. Warm colors: These colors have the tendency to stimulate the mind and often energize the body. Warm colors make a room look cozy and comfortable..... 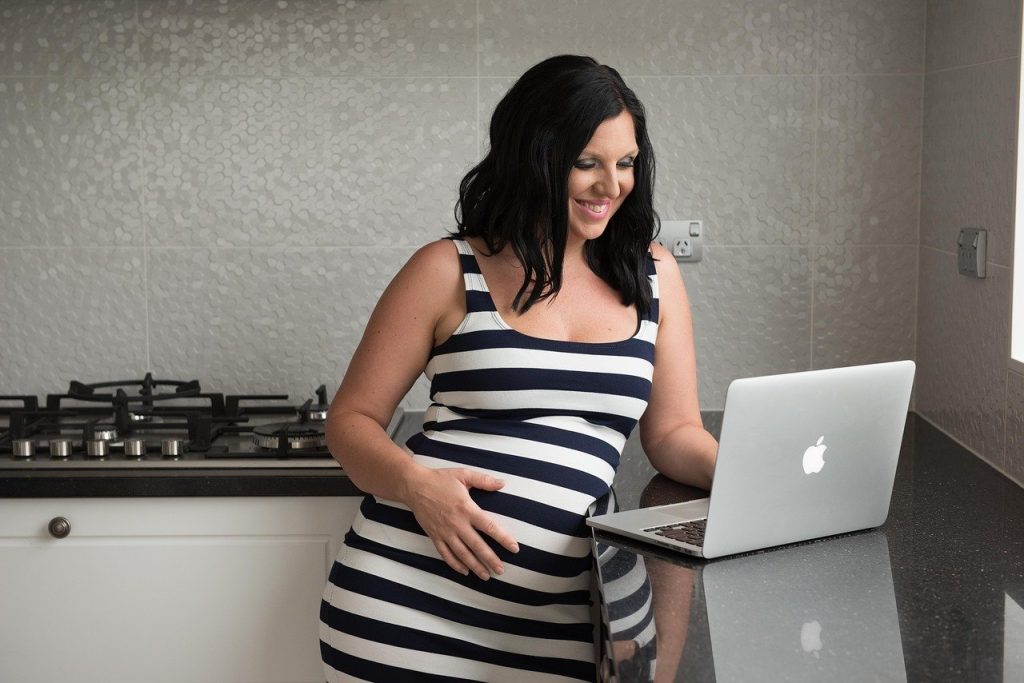 How to Make Money While On Maternity Leave: Yes It’s Possible!

Maternity leave is such a beautiful thing for mothers-to-be. It allows you to get much-needed rest before the baby comes and it allows you to spend much-needed time at home with your baby after you give birth. Most employers provide paid maternity leave to their employees but it only lasts for a certain amount of time… Some women take 10-12 weeks of paid maternity leave (if their job offers it) while other women may take five to seven months of maternity leave… but regardless of how long you take, you’re not going to be receiving the same amount of money (if any at all) as you would if you were back in the office. In knowing that, lots of women will use their maternity leave as a way to earn income, especially if their job doesn’t cover maternity leave. There are some women who are able to work their jobs up until the very moment they go into labor and there are some who can’t work that long and pregnant, it just depends on the pregnancy. The great news is that just because you go on maternity leave, that doesn’t mean that you have to stop earning an income… there are several different ways to make money while you’re on maternity leave. So many women stress....