What Is A Placental Lake and How It Affects Pregnancy?

Pregnancy no doubt is the turning point in a woman’s life, yet it is encompassed with many hormonal changes, doubts, worries, physical changes, emotional ups, and downs, overall the mother is never clear to all that is happening with her internally as well as externally. Some pregnant woman can cry over the littlest of things while others do not get happy no matter however great a thing is. Strange and confusing, but that is pregnancy. There is fear all the time. They are sleep deprived due to pains, body changes, mood swings, change of appetite and many other reasons. They get panicky on little aches and are only convinced once they seek doctor’s advice. 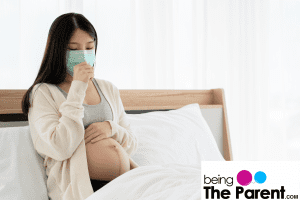 What Is A Placental Lake and How It Affects Pregnancy

Out of the varied types of pain that are experienced during pregnancy, Placental lake is one which can trigger curiosity and can prove to be quite daunting and threatening till one knows exactly what exactly it is its causes and complications.

What Is A Placental Lake?

As indicative of the name, Placental lake refers to the blood pools that can be either be found on the surface of the placenta as well as inside it. This can be detected by the help of an ultrasound that helps in detecting its location. During the process of scanning, they are not seen as blood but as black bulky masses on the front portion of the uterine cervix that is on top where the baby is. In some women, it can be noticed in the last trimester or at times before it as well. Once detected with placental lake, the mothers get panicky regarding the result. It is, however, proved that neither the baby nor the pregnancy gets affected by it.

Is A Placental Lake Something to Worry About?

Placental lake or the blood pools in or outside the placenta can be detected by ultrasound and be huge black spots on the placenta or even deeper. So Placental lakes can also be referred to as the black spots or pools of blood. After being detected it also becomes important to know if it is something serious, to know more about this, let us study the points given below:

Even though medical science is progressing, yet the precise cause behind the occurrence of placental lakes is still a mystery. Since one is not aware of the cause, nothing much can be done to prevent them. The notion that placental lakes are the outcome of lifestyle changes, alcohol, smoking, is not true. Till now, no such thing has been proved. The only way to detect the placental lakes is the ultrasound and seeking medical consultation at the right time.

Can Placental Lake cause Complications?

Placental lakes or the black spots in the placenta are not a problem by themselves, yet they can lead to other conditions in pregnancy. Pregnancy is a very delicate phase and problems keep triggering from any small changes that happen in the body, these could be changes in blood sugar, blood pressure, bleeding, weight loss, appetite issues, nausea, etc.
Also, if multiple placental lakes happen during early pregnancy, it can lead to fetal growth restriction.
Let us now consider the complications that can be seen during pregnancy which are not due to the placental lake yet are often misunderstood as it is:
1. Placental Abruption: Placental abruption or the placenta being separated from the uterine wall is an acute medical ailment that could be fatal for the mother as well as the baby. Anemic conditions in the mother or a state of multiple pregnancies can result in placental abruption but placental lakes are definitely not the cause behind it nor do they make it severe.
2. High Blood Pressure or Pre-eclampsia: One more serious issue known as preeclampsia is a common one during pregnancy, however, is not caused by the placental lake. Its major reasons are obesity, stress, the inability of the body to manage insulin, etc.
3. Premature Labor: Birthing can happen only at the right time and giving birth without being prepared for it ends up in acute complexities, however, placental lakes are not the cause for premature delivery or labor. Premature deliveries are often the outcome of high blood pressure levels and gestational diabetes during pregnancy.
Thus, Placental lakes as the name suggests sounds like a threatening term and a cause of worry as well. Yet the fact is that it is not how it looks, doctors often do not even mention the same unless they feel the need for it. It is not one, a woman who can experience this can detect one or even three or more placental lakes in ultrasound in the last trimester. This also has no negative effects on the baby or the birthing process. However, it is always recommended to seek medical consultation in case it is visible in the ultrasound. By now it is clear that it is a commonplace phenomenon and not something to dread over, so one should relax and enjoy the pregnancy but seek medical help when the need be.

Is It Safe To Get The House Painted During Pregnancy?

The season of festivals is here. Most of us get our houses to look great during the Diwali season. As the season sets in, many people renovate their houses and give a new and fresh look to their homes. Getting your house painted or distempered can be quite a daunting task and a huge responsibility. Is It Safe To Get The House Painted During Pregnancy?When pregnant, your body and mind need extra rest, undertaking responsibilities like these can take a toll on your health. Besides, paints and distemper can somewhat affect your and the baby's health. Can Wall Paints Be Harmful In Pregnancy? Oil-Based Paints Latex/ Acrylic Paints Lead-Based Paints What Precautions Can I Exercise To Get My House Painted In Pregnancy? Do one room at a time Keep your food away and covered Keep the room ventilated Take necessary precautions Consult your doctor Can Wall Paints Be Harmful In Pregnancy? Is It Safe To Get The House Painted During Pregnancy? Well, all kinds of paints emit fumes; some paints contain chemicals. Getting exposed to harmful chemicals during pregnancy can adversely affect the health of both mother and child. Paints that contain metal like aluminum and zinc....

Most pregnant women a burning sensation in the chest accompanied by pain in abdomen at some point of our life. Be it the spicy food or something that didn't gel with your stomach, the stomach juices try to push themselves up through the esophagus leading to burning feeling. This bring about Heartburn During Pregnancy. Sometimes, you can taste the food mixed with stomach acids at the back of the throat or suffer from sore throat and cough too. This unpleasant feeling is more common during pregnancy, which can be serious enough to cause cardiac arrest! Find out ten Natural Remedies For Heartburn During Pregnancy Heartburn during pregnancy What causes heartburn during pregnancy? 10 natural remedies for heartburn during pregnancy To understand pregnancy heartburn better, let's first understand its mechanism: Heartburn During Pregnancy The esophagus or the food pipe through which the food reaches down the stomach has a set of tight muscles at its base which closes after the food has entered the stomach. This prevents the food from re-entering the esophagus. Now if there appears a problem with the closing mechanism of these muscles, i.e. They open and close at the wrong time,....

How To Get Proteins In Pregnancy In A Vegetarian Diet?

Many vegetarian women worry that they are not getting enough protein in their diet, and this bothers them more when they are expecting. However, vegetarians should worry more about getting Omega-3 fatty acids. This is because, "How To Get Proteins In Pregnancy In A Vegetarian Diet?" is not as tough as it sounds. Proteins can easily be derived by having a well-balanced healthy diet during pregnancy. Protein In Pregnancy How Much Protein Do I Need During Pregnancy? What If I Have Low Proteins In Pregnancy? 10 Ways To Get Proteins In Your Vegetarian Diet Protein In Pregnancy Proteins are composed of amino acids which play a crucial role in building tissues and cells for a healthy functioning organ. Proteins are essential for healthy growth of muscles, bone and even hair. Your baby requires protein for building up his organs whilst in your womb, especially during the second trimester and the third trimester. The baby is on a growth spree during these trimesters and so is your body – to accommodate the growing baby. How Much Protein Do I Need During Pregnancy? During pregnancy, the protein requirement increases by 25g per day. A non-pregnant woman needs to have 45 g protein.... Being pregnant is such good news, and yes, there are hundreds of complications that surprise a woman in her grateful journey of 9 months. You might have heard about the Pregnancy Induced Hypertension (PIH). This is also called gestational hypertension. Doctors determine that an individual has Pregnancy Induced Hypertension when there is an abnormal level of protein in the urine. What Exactly Is PIH? Pregnancy Induced Hypertension develops high blood pressure during pregnancy. This problem is even classified into three types, namely the toxemia and pre-eclampsia and toxemia of pregnancy. It is just because of the fluid retention and presence of the protein in the urine. There are chances for this high blood pressure in pregnant women. What Are The Symptoms Of PIH? These are the symptoms that one must be aware of while pregnant and doubt that they have hypertension. While vomiting sensation is common, the occurrence of blood in it is not common. Having a terrible headache and excessive vomiting might be a matter of concern. Swelling is even considered to be most common around feet but ensures to check with a doctor when it gets excess and appears for both hands and feet. ....