5 reasons to use a paternity test Multiple studies reveal the inherent nature of DNA tests offering a firsthand answer to genetic queries. It has since become the gold standard for solving paternity disputes and related issues. Ancestry DNA testing has the ability to bring forth the true nature of your genetic makeup. Hence, it is better suited to any other tests in the row, in terms of reliability. A paternity test determines whether an individual is the father to a particular child. A few decades ago, paternity verdicts were primarily based on circumstantial evidence and testimony followed by a string of blood examinations. While some of these methods served the purpose right, one couldn’t possibly turn a blind eye to its shortcomings. Firstly, personal testimony relied upon an individual’s sense of judgment, often clouded by feelings, emotions, and circumstances. For blood tests, the blood type of the child and man in question showed marked inconsistencies, which never gave way to rule out paternity for sure. Reportedly, a minimum of 5 percent and at the max 50 percent of men carry the same blood type, which can show consistency to establish the paternity for a child. When you put such data against a DNA test, it effectively rules out 99.9999% individuals, which makes it trustworthy and highly accurate. Here’s a look at five reasons why people might want to consider taking a paternity test.

To bring peace of mind

Bringing a child into this world is perhaps the most beautiful thing. It’s also immensely personal for an individual to know he is father to a child. Such a feeling naturally carries a lifelong influence-One is on the verge of deciding to commit towards his duties and responsibilities as a father or entirely back out. On the other end, it’s equally troubling for a woman to know and confirm the identity of her child’s father, which can affect her psyche in the long run. Both ways, it affects deeply across all facets of life – relationships, finances, marriage, and overall well being. Not being able to confirm the identity of a child’s father further leads to turmoil, confusion, and useless conflict that leads nowhere. Paternity tests are a sure-fire way to put an end to all trouble. They are quick and available locally and don’t cause inconvenience of any kind. These days, one can order a DNA test online from companies like MyHeritage. Before you do so, you might as well check the reviews of MyHeritage

to help understand the process and what all you can expect from the test. 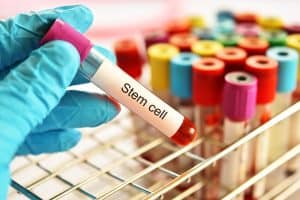 In certain places, it is required that an individual agrees to undergo a paternity test before his name gets listed as a father to the child on a birth certificate. Especially when the couple is unmarried, the establishment of parenthood affects a string of legal implications, in the long run, namely determining child custody and visitation rights and obligation to support.

To obtain custody of your child

Any individual seeking child custody can move the court and establish paternity via DNA testing. Alternately, the court itself may issue an order for a paternity test in certain cases where a woman fails to confirm the identity of the father and does not wish to share custody at all. In such a scenario, only a DNA paternity test can help establish the facts right and confirm the identity of the individual as the father to the child.

In case of a marital dispute, the wife often looks to obtain child support from the father. The court mostly agrees to such a plea and requests for a paternity test for an individual. As such, the final determination of child support depends on the results of the DNA paternity test, which gains ground when no other form of formal evidence is available, and one version of the story is up against another.

Any child, who has either one parent as a native of a country, stands eligible for citizenship, subject to some restrictions. If the man is of a different nationality, he can apply for citizenship through the embassy or the consulate located in the other country. It calls for producing evidence like birth certificates and relationship evidence to his child, which is a necessary part of the citizenship evaluation process. As such, the supervising board on finding the evidence at hand insufficient may request the person to undergo a paternity test to confirm his fatherhood. This, in turn, shall unambiguously prove his blood relation with his child. Usually, the blood sample is collected through designated centers, as mentioned by the embassy and securely transmitted to a facility within the country. Upon determination of paternity, one can be granted citizenship from being an immigrant without any further restrictions, other than the normal ones.
DNA is the elixir of your existence. When you talk family and want to trace back the root of your legacy, a DNS test emerges a powerful tool to answer all your queries. It’s interesting to note that we humans inherit our DNA in a unique manner-half from the father’s side and the other half from our mothers. It’s amazing how even our siblings have no chance of replicating our DNA, and any test won’t produce similar results. Two sisters, 2nd cousins, worked on rumors about how their grandmother never provided the details of their grandfather. They were curious whether their DNA had the answer to their questions. They went ahead with a DNA test, and the results concluded how both the sisters had the same grandfather. In other words, the test results reconfirmed them being 2nd cousins and also shunned out all rumors for good.

Coconut oil is extremely versatile and is classified as a 'superfood'. It is full of nutrients and can be used for various things and purposes. It is known that populations that thrive on coconuts and their oil are the healthier lot. Apart from health benefits, coconut oil can be useful is many other ways. We give 15 amazing ways to use coconut oil in your day to day life. For Cooking: Coconut has a high smoke point which means it is extremely suitable for baking, stir frying and grilling vegetables and it does not emit harmful chemicals or residue. For lactose intolerant people coconut oil can be used instead of butter. It is very stable and it does not oxidize easily as well. Coconut oil can be very beneficial when used with moderation but don't go overboard since it could raise your cholesterol level, when used excessively For Skin Care: It can be an excellent lotion for dry skin and is known to heal dry patches and chapped lips effectively. When used regularly it lightens spots and it is proved to be an effective against aging spots as well. Coconut oil is very gentle hence can be used as make remover especially to remove eye make-up. It can also be used as a body....

Pregnancy changes a lot of things in you - understandably, the stress is high as you have stretch marks, pregnancy fat, and all the duress of the last nine months. Besides, there is not a moment’s rest for a new mom. To complicate matters further, many women, especially mothers with long hair suddenly notice a rise in hair fall volume, sometimes even in clumps. Put your worried heart at rest because being a mom brings an unforeseen glow to your complexion. The pride of going through the toughest responsibility on earth shows up as a natural glow when you have a loving home. When you do not, it shows up as a fierce devotion to the well-being of your tiny one. Nevertheless, postpartum hairfall can be a practical issue. Doctors assure it is temporary and ceases to be serious in a few months. Causes causing hair fall and treatment Stress: Yes, motherhood is stressful in all practical sense. You virtually do not get a moment’s rest after holding your baby for the first time. You have to spend sleepless nights literally and accept to be puked and peed on by a tiny being. However, balancing the duress, the blissfulness of being a mother is something extraordinary. Somewhere....

12 Tips To Be An Awesome Single Mother

To be a single mom can get a little taxing. From taking care of financial needs, to maintaining a house hold and being a strong role model to your children; the job description of a single mom is endless. However, children of single parents can do just as well as those who grow up with both the parents, and there are plenty of examples world wide to prove this. Here are some tips to get your act together. Top 12 Tips To Be An Awesome Single Mother Believe in yourself: Being a single mom can get a bit overwhelming but don't let that faze you. It may seem difficult to manage everything on your own let alone raise a child but trust your capabilities. Women and especially mothers are pro at multitasking; use that to your advantage. Don't get disheartened when you fail, remember Rome wasn't built in a day Find a flexi-job: A lot of companies offer flexi timings to their employees. If your schedules are not permitting to have some quality family time, opt for some flexi timings. Most corporates offer such facilities, and you can always discuss your concerns with your employer. Many people understand the pressures of a single mom and willingly hand over convenient shifts..... 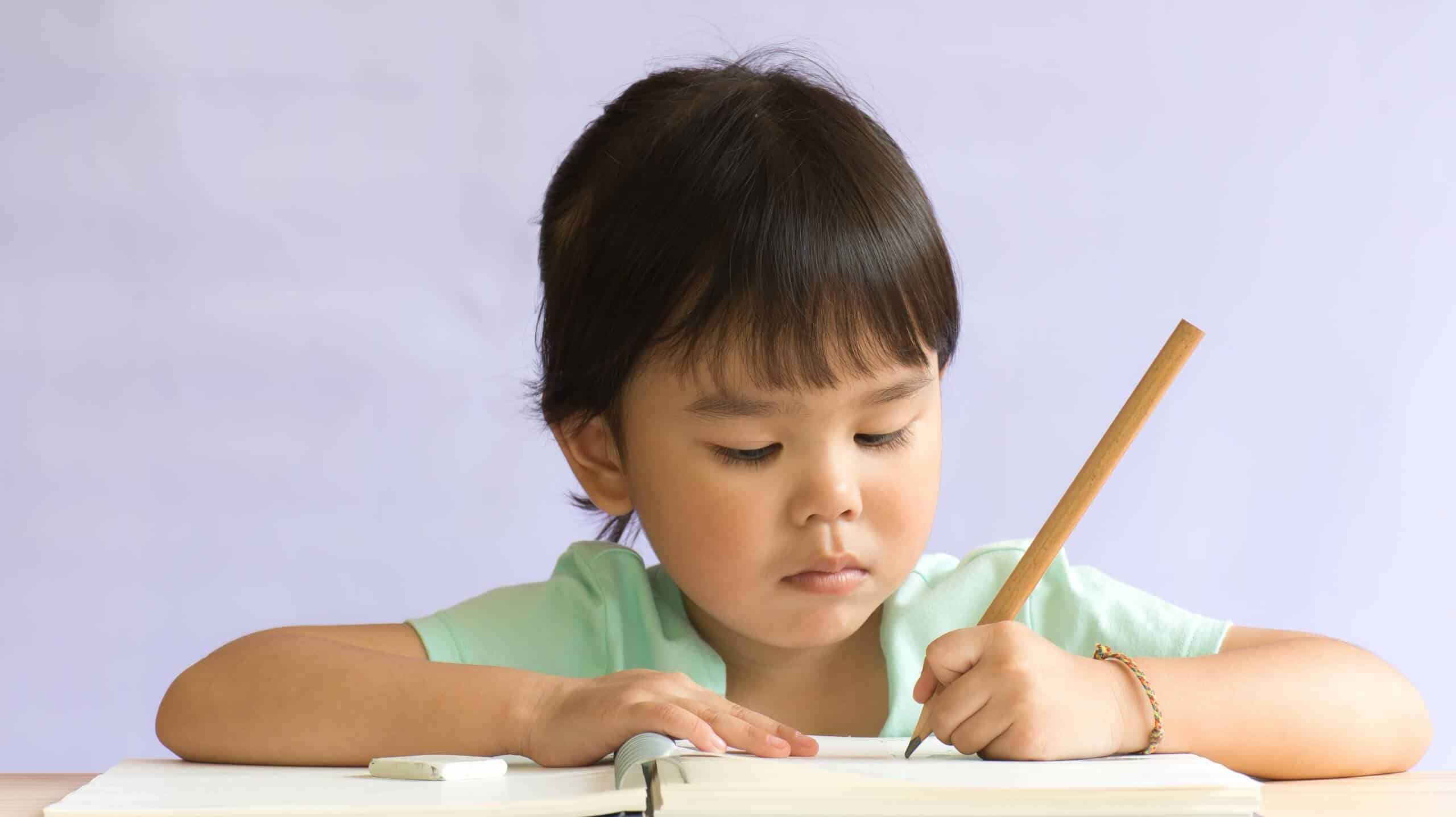 Tips To Raise A Left-Handed Child

A baby usually starts showing signs of hand preference at about 7 to 9 months of age, though conclusion cannot be made until he starts school. Babies and toddlers switch a lot between right and left hands for eating, hence parents cannot conclude whether the child is left or right handed. To confirm, you could make your toddler pick and throw a ball or a tempting toy see which hand grabs the spoon with the ice-cream. Never ever try to change your child’s hand preference, lefties can be raised absolutely normally, but parents need to be prepared for some small challenges. If your baby shows one hand dominance before 18 months of age, see a doctor as there could be underlying motor development problems. If your toddler uses both his hands at ease to pick up stuff, or eat, you again need not to be worried. Some children are able to use both their hands till they area about 5-6 years and parents need not worry if the child is ambidextrous. The reason behind some children having a right preference while others wind up with a left is not clear – though genetics is supposed to be one. Your toddlers wiring of his nervous system, however, is probably one reason, hence attempting to....