Appendicitis In Children: What Causes It And How To Treat It 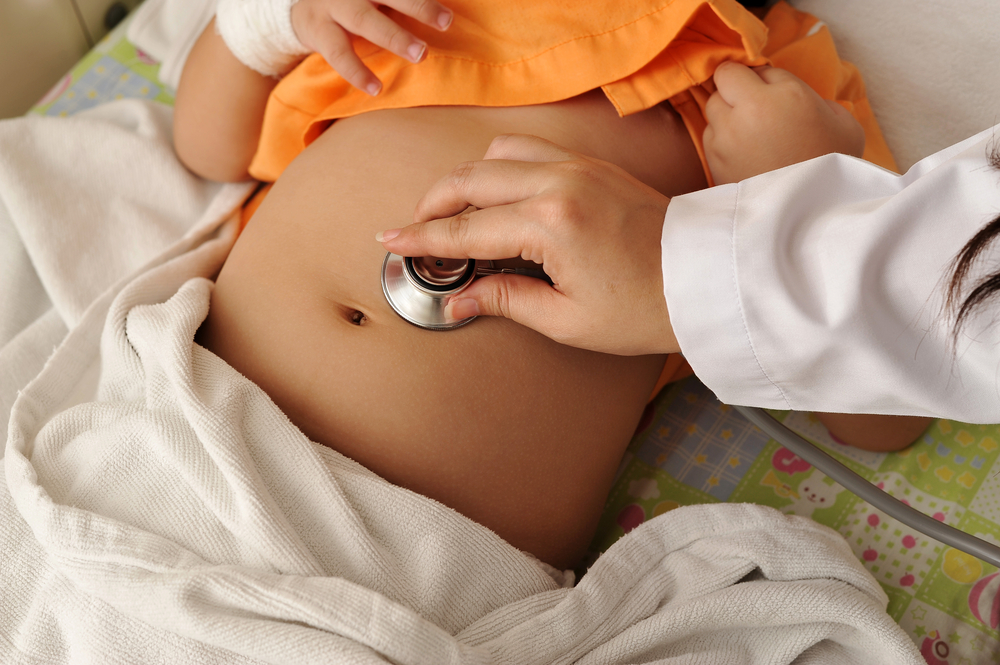 Children are our prized possession. Any small problem that happens to them gets us moving us in varied directions to seek the best for them. Yet many times small aches and pains are not looked at in great depth. The pain related to head and stomach is one of them. Children often complain of a stomach ache, which is generally overlooked as being one of the reasons not to go to school. However, it could turn into a serious issue as well. Strangely but true an appendicitis pain could be arising as well, which if not treated at the right time could lead to risking of life as well.
The appendicitis pain can be treated well in time as it is easy to identify its symptoms. Going forward we will be discussing what is appendicitis, its causes, symptoms, diagnosis, treatment, complications etc to get a clear picture and offer medical guidance to the child if the need be.

Appendicitis is a disorder that arises when the appendix organ gets infected by bacteria that needs to be removed to evade any risk. The appendix organ resembles a small finger that is joined to the large intestine and is in the right part of the abdomen. It looks like a pouch that has an opening in the large intestine. When this pouch gets blocked, a number of bacteria grow in the region and can spread infection all over.
Appendicitis is very painful swelling of the appendix. It generally is an urgent and medical emergency as the appendix can burst or even rupture leading to greater chances of infection, overall a serious issue and if not given proper medical treatment at the right time can even be life-threatening. It is not an important organ and its function is not known but its removal `is not considered risky or unsafe.
The surgery done to remove the appendix is called an appendectomy and it is the most familiar type of emergency done in children.

What Causes Appendicitis in Children?

When an infection is caused due to a blockage inside the appendix, it is called appendicitis. This blockage could be due to mouth or nose fluid also referred as mucus. This at times could happen due to stool or even due to a twisting in the appendix organ itself.
Appendicitis is an infection that is caused by bacteria and viruses like E. coli, Bacteroides bacteria, adenovirus, salmonella etc. The infection can be caused in different forms. Given below are some of the reasons as to why appendicitis occurs. Some of them are listed as under:

Whatever be the cause, one should instantly treat appendicitis to get rid of complications.

Complications That may Arise Due To Appendicitis In Children

In a situation, where there arises an infection in which the organ becomes inflamed or swollen. The blood supply starts cutting off as the swelling or soreness worsens up. Adequate blood supply is required by all parts of the body to be healthy. Thus, when the blood supply gets lessen, the appendix organ starts dying. It eventually will burst or rupture when the wall starts developing holes. Due to the presence of the holes, the stool, mucus and many other substances start leaking and start getting inside the abdomen. In case the appendix bursts, a serious infection known as the peritonitis occurs which if not treated at the right time can be lethal.

What Are The Symptoms Of Appendicitis In Children?

A pain developing in the naval area and shifting to the lower right portion of the stomach is the most common/ classic symptom  of the bursting of the appendix as it is placed in the abdominal area.
Now we know that the presence of bacteria in the appendix leads to appendicitis. When the bacteria spread so much that the appendix gets swollen up with puss accumulation and is not treated on time leading to its rupture, it can lead to a complication called peritonitis.
It is the most common reason behind an urgent surgery for the people in the age bracket of 10-30. It is not something that needs to wait till the last minute as it can be removed before the rupturing state arises if it is diagnosed on time.
Since the appendicitis pain and the stomach ache are too similar, it might become difficult to differentiate between the two, so let’s study the symptoms of appendicitis. Likewise, since all children are different from each other, they show different symptoms as well. Given below is a list of common symptoms of appendicitis:

As the indicators of appendicitis are similar to the presence of kidney stones, pneumonia, etc, it becomes a challenging task for the doctors to diagnose the same.
The doctor would suggest a few tests after physically examining the health history of the child. Some of them are given as under:

Under emergency cases, the appendix must be removed instantly else the treatment is done on the bases of the test results.

Treatment For Appendicitis In Children

In minor cases of appendicitis treatment with antibiotics is sufficient yet in most of the cases, a surgery becomes mandatory for the removal of the appendix. The treatment completely depends on the age of the child, symptoms, and overall health. Appendicitis is a medical predicament as the appendix is most likely to rupture leading to a serious infection, which is why the doctors suggest its removal. The child is given antibiotics and fluids by an IV before they start the surgical procedures.
The removal of the appendix can happen in two ways and they are:

Thus, the appendix is a small organ and has no function in one’s body. But it is a reserve for good bacteria. It is not always a good idea to neglect a stomach pain reported by children as it could be appendicitis issue, which if not treated on time could have fatal results.

What Is A Sitz Bath? How Does It Help?

What Is A Sitz Bath? A sitz bath, also called a hip bath is a warm water bath used for cleansing or healing purposes in the pelvic and genital region. This is a shallow bath that cleanses the area between the rectum and the vulva (or scrotum). Here you will sit in the bath (hence the name) so that only your hips and buttock region is soaked in water. Upper body, legs, and arms will remain outside the water. When Is A Sitz Bath Recommended? The name 'sitz' is derived from the German word 'sitzen' which means 'to sit'. A sitz bath can be helpful in relieving pain from your private parts and does not need a doctor's prescription. You can take a sitz bath for any or all of the below reasons: Personal hygiene: Sitz bath can use for everyday personal hygiene as it cleanses perineum, area between anus and vulva (the external opening of the vagina) After a natural birth: Sitz bath is recommended if you have recently given birth through the vagina. In many vaginal birth cases, an incision is made between the vaginal opening and anus (episiotomy) during the delivery procedure. This cut will heal in a few weeks, but pain and irritation in the perineal area may persist creating....

Once your baby reaches the end of 3 months, you'll be surprised to notice that he/she is much more active and ready to play. Now is the time to start engaging your little one in small games that aid development. Most mothers don't realize that there are actually games and learning activities that not only keep your little one engaged and happy but enable learning too. Here are 8 such activities to start with. Of course, you can tweak and modify them to suit your and your baby's needs. The idea is to set the ball rolling. Skill Development Of A 3 Month Old 8 Engaging And Learning Activities For A 3 Month Old Skill Development Of A 3-Month-Old At this stage your baby begins to develop 5 basic skills. 1. Fine motor skills: At this stage babies are able to reach out for and grasp things, but briefly. Grasping develops in phases, and here is a detailed information on this development. And you might need to watch out, for what is held in the hand might straight away head to the mouth 2. Gross motor skills: Baby's neck and back begin to gain strength. If you have not yet started tummy time, then it is highly recommended to start 3. Communication: At this stage the house will be....

Painting for development of your child

Have you seen how kids enjoy with colours? Painting might not be everyone’s forte, but it has immense benefits for your child and even you. Being with colours lets them explore their talent and find an expression to what they want to say. Don’t worry that they will mess it up and don’t know how to paint, just leave them with some colours and paints and see a number of benefits of doing so. Firstly, painting helps children to use all of their senses and express their emotions. They touch and feel the colours and then create something of their own. You surely must have seen how happy your little one if when given some paints, brushes and a paper. Painting relaxes them as when both the sides of your child’s brain are engaged that time. W.Lambert Brittain, who is the author of Creativity, Art, and the Young Child says, "The child's personality often shines through loud and clear when he or she draws or paints, for example, the little red-headed boy who drew red-haired boys in stripped T-shirts. No one doubted whom the drawings represented. Drawings by young children are typically egocentric." Another author, Brittain says that "Art activities not only reflect a child's inner.... 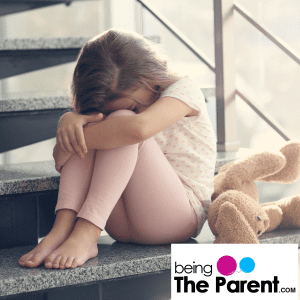 How To Deal With A Child That Cries Over Everything

Children are undoubtedly a beautiful creation of God, and they are the sole reason for turning the life of the parents’ upside-down. Parents leave no stone unturned to keep them happy and healthy. However, it becomes annoying and irritating to see a child crying. Crying is not confined to babies but even kids of different age group as well. The crying that starts at birth when the infant is nearly three months will start decreasing by the time the baby reaches two months, and the frequency of crying will also start going down with age. [caption id="attachment_26748" align="alignnone" width="620"] How To Deal With A Child That Cries Over Everything[/caption] We need to know "how to deal with a child that cries over everything," and this requires a lot of patience and new means to console him. The kids can cry at something big and even small. It is a tedious task to control a crying kid of any age group, and sometimes no logic can be found behind their crying. Going further, we will discuss a few ways and means to make a child stop from crying, the reasons for crying in different age groups, etc. Reasons For Toddlers Crying Over Everything                 ....