Children love Disney characters. Not only the children but people of all ages still get mesmerized by the entertaining acts portrayed by these characters on the screen. What makes Disney characters more special is the message it gives to the audience through their actions. The movies of Disney can be a great learning curve for the kids as well. Disney movies and their characters have the capability of influencing a child’s personality while the child is growing up. Therefore, even though parents may not allow their child to watch television or movies that much, but when it comes to Disney, everything is permitted. Also, parents are very much inclined to take their child to the famous Disney World, which is one of the best amusement parks throughout the world. Let’s see what makes Disney characters so much captivating for the children.

What Children Learn From Disney Characters

Disney characters had fascinated children of all ages since its beginning in 1923. Children and adults have learned plenty of lessons while getting baffled by the acts performed on the screen by various Disney characters. It is really important to understand some of those life lessons that Disney characters taught over the years.

1.The Inclination To Study:

Belle is one such character in the Disney animations, which motivates children and adults to read more as nothing can stop you from learning and acquiring knowledge through reading.

2. Do Everything With Dedication:

Sometimes life can be hard on anyone. But that does not mean one has to leave the course of life. Characters like Tiana is an excellent example of keep hustling. She gave 110% effort in her work to make it a success.

3. Being Kind To Everyone:

One should teach children kindness from the beginning. Disney characters like Cinderella are one such example that showed kindness even against an evil person like the mother she had. It tells children that if you are kind, good things will happen to you.

5. Becoming Your Own Hero:

6. Lying Is Not A Solution:

From childhood, you teach your child that lying is bad, and it will get you nowhere. Now, if you can show your child an example of that, he or she will be able to learn that in a much better way. Pinocchio does that work wonderfully for you.

If you are a Disney fan, then you must be aware of a plethora of Female Disney Characters who mesmerized everyone with their individual acts. Mentioning each and every one of them may not be possible but let’s have a look at some of them which can have an influential impact on your child’s life: 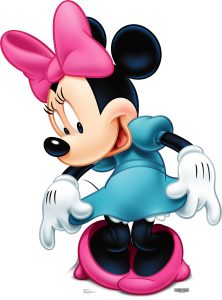 Mentioning the female Disney characters will be incomplete without Minnie Mouse, a character that will make you fall in love with her cuteness even in your childhood. 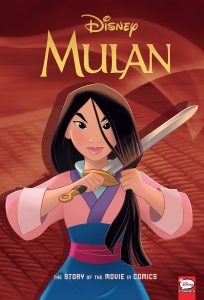 You will be astonished to know that the character of FaMulan in the famous Disney animation movie Mulan and its sequel, Mulan II, is inspired by a real-life character.

You can watch Ariel in the top-rated series from the Disney family, The Little Mermaid and its sequels. It is a very popular character among children as it inspires their imagination of mermaids. The Lion King, Simba, may not have become the Lion King without the influence of Nala, a lioness with firm determination and great gusto for what she believes.

Well, there is no shortage of Male Disney Characters in the world of Walt Disney as well, characters which have inspired generations and are still influencing young ones. Let’s have a look at some of them: 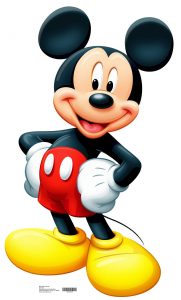 It is very hard to find a person who did not laugh his or her heart out with the acts of Mickey Mouse, which is arguably one of the funniest characters ever created. The character of Simba in the movie the Lion King really inspires with his determination and bravery when he takes revenge from his uncle scar for the murder of his father, Mufasa. 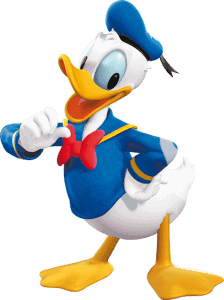 Donald Duck is probably one of the cutest ducks that you can every find in around the world. He has been fascinating people from all over the world for generations.

If your child loves Disney characters, then you should take your child to a Disney Character Warehouse. It is that place where you can buy Disney clothes, toys, and various other collectibles for your child. You can rest assured once you take your child there, he or she will have a great time. Disney character warehouse gives you chance to buy authentic merchandise at super cheap prices. Moreover, it is owned and operated by Disney so that you will receive the same friendly service here also.

One of the best things that you can do when you get to Disney World with your child is to book Disney Character Dining. You can dine at some of the best restaurants along with some of the most popular characters of the Disney World. Yes, it might cost you extra, but frankly speaking, you will never see your child more excited than seeing their favorite Disney characters dining with them. It is will surely be a great experience for your child.
Walt Disney’s characters have always fascinated people of multiple generations, and it is continuing to do so. Exploring Disney characters is surely a thrill-a-minute ride. The childhood of your child will become more memorable with the influence of Disney and his plethora of characters.

Is It Safe To Bending Over During Pregnancy?

Pregnancy is a wonderful time, though it has its own shares of triumphs and challenges. Yet, most pregnant women and mothers would agree that they would not trade anything for their time being pregnant. No wonder pregnancy is a time when you are at the vigil to guard your and the baby's well-being, but the advice that keeps on coming from well-meaning friends and family could leave you confused and utterly boggled. With so much going on in the body, have you wondered if you are squishing your baby when you are bending over during pregnancy to do some chore or to pick something up? Let's get there. Is It Safe To Bending Over During Pregnancy? Bend Over In The First Trimester Of Pregnancy Bend Over In The Last Trimester Of Pregnancy What Is The Correct Way To Bend In that time? Precautions While Bending Over During Pregnancy Tips To Good Posture for pregnant women Is It Safe To Bending Over During Pregnancy? Well, technically, it is safe to bending over during pregnancy, and it would not cause any harm to your growing baby. The baby is well-cushioned inside the womb, and the amniotic fluid enables the baby to change his position by moving his hands, legs, and feet as you change.... 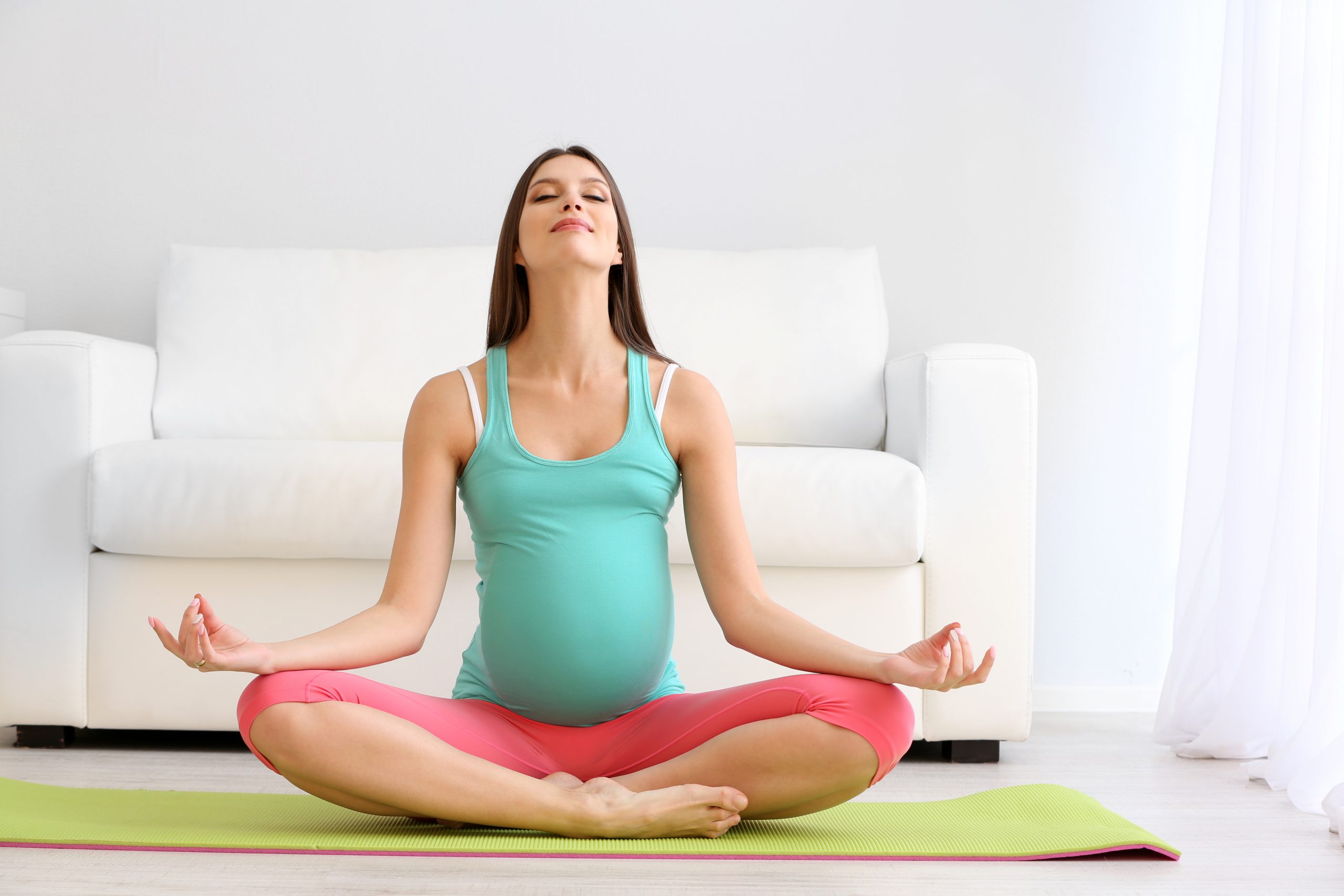 Why is Exercising a Good Idea During Pregnancy?

Are you a fitness freak and ever ready to tread on that mill or are you the casual, take-it-in-your-own-leisurely-style type? The answer matters – now that you are pregnant. The reason being the fact that during the course of your pregnancy you will gain somewhere between 10-12 kilos (thank you ,big belly!) and this additional weight will be borne by your vertebral column, back muscles, abdominal wall, joints and ligaments of your pelvis, and the muscles of your  pelvic  floor. But, if you appropriately exercise and prepare your body, you may be saved from the usual problems that arise from the weight gain. Simple exercising and controlled breathing can relax your body and mind, improve blood circulation, strengthen your muscles, and also facilitate a much easier delivery. Yes, you read it right – easier delivery. For all you ladies having that question prodding you all the time – labor pain and delivery – take up effective pregnancy exercises right away. Of course, with your doctor’s permission as all pregnancies are not the same. For all of you, whatever exercise you do, make sure it is not so stressful that it leaves you wheezed out. Here are some effective....

A baby doesn't get dirty or sweats profusely like an adult and that's why a baby's bath doesn't have to be as rigorous as an adult's bath. Experts and specialists recommend giving sponge baths to newborns and infants, especially till the umbilical cord falls off. Also infants have extremely delicate and sensitive skin during the first month hence sponge bathing is your best bet. Plus, new mothers can be scared of bathing their baby everyday, especially if the weather is cold and sore. Though bathing your baby regularly will make him stay clean in hot and humid weather, sponge bathing is highly recommended if your baby is sick. Before Sponge Bathing Your Baby Before giving your baby a sponge bath there are a certain things that you should keep in mind: Wash your hands thoroughly before bathing your baby. Infants are highly prone to infections, hence washing your hands before touching a baby is crucial Irrespective of the weather, always use lukewarm water to wash or bathe your baby. Cold water can give your baby flu or cold While handling and bathing your baby make sure that you are gentle. Babies don't need to be scrubbed since they don't get dirty. Also they have....