Nala is an inspiring figure in the tale of the Lion King, which came out in the year 1994. When Simba was down and out and was also not present to save his father’s kingdom from the ruthless King Scar (His uncle) who killed Mufasa (His father), Nala found Simba and inspired him to come back and win back his kingdom. Nala’s persistence against the resistance of Simba was something that everyone can learn. Therefore, Nala is one of the Disney Characters which can inspire you. Without a shadow of a doubt, Mulan is one of the most powerful and inspiring Female Disney Characters that you will ever find. The movie came out in 1998, and it taught everyone how a girl could beat boys in their backyard. FaMulan’s father had to join the army to save the kingdom, for which he was reluctant. The father’s character was weak. So, stepped is Mulan, and by disguising herself as a man, she fought the battle splendidly, better than anyone else, and saved the kingdom. She was the lady extraordinaire and compelled the king and many others in the kingdom to bow down in front of her. 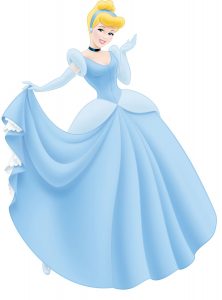 Cinderella is a character who can teach you a lot. Even when you are facing adverse situations like Cinderella does whenever she encounters which her sisters and the mother, she always show compassion and kindness towards them even though others show the opposites. She does almost everything in the household, from preparing food to laundry to feeding the livestock. Cinderella is a powerful character. Apparently, you may think that she is weak because she cannot fight like the Male Disney Characters. However, to handle such weirdoes, you need to have lots of courage and bravery. This is what makes Cinderella great. Rapunzel is known for her long, magical, golden hair and is the leading character that appears in Walt Disney Animation Studios’ 50th animated feature film-Tangled. Even though Rapunzel lived her entire life locked inside a hidden tower, she is an energetic, inquisitive teenager who fills her days with her talents in art, books, and imagination. Tiana is a very inspiring character from the tale of The Princess and the Frog. She is a hard-working girl who fulfills all her dreams with her sheer determination and focus. She never backs down from the challenging situations and faces them with gusto and overcome them like a boss. She also built Tiana’s Palace. Therefore, whenever you think of someone who fulfilled his or her dream with sheer persistence and determination, you are bound to think of Tiana at least once. Jasmine is a beautiful woman in the tale of Aladdin, who will surely inspire you to do great things. Most people are uncertain about what they want from their lives. However, Jasmine is absolutely certain what she wants and strives to achieve it with zeal and gusto. She never believed in the old traditions and disregarded them, which bounded her. Her pet is a tiger, which shows how strong her character is. Jasmine is surely one of the characters that you could look to get in a Disney Character Warehouse Belle is also a manifestation of a strong female character is the Disney tales. She is gentle, kind, and bibliophile. That will not stop her from stand for what is right and despise and what is wrong. Seeing the brighter side of things is something that all can learn from Belle.

There different shades in the character of Ariel. She is beautiful and bold. Also, she is very much curious. Her thirst for knowledge has led her to may adventures. She is definitely one of the characters you want with you during your Disney Character Dining. 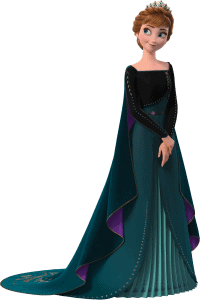 Anna is a good-spirited, optimistic girl with immense courage in Disney’s most popular movie Frozen. She is the little sister of Elsa, another main character in the movie. Even though Anna has no power and skill of her sister Elsa, without Anna, Elsa wouldn’t be nearly as strong as she is. Elizabeth Swann is one of the lesser talked about characters in the movie series Pirates of the Caribbean. But, she is truly one of the most powerful Disney characters that you can ever meet. Her ability to stay calm under pressure even when the pirates have captured her and to take evasive and correct decisions that helped her to find a way out of the adverse situation are some of the admirable traits of her character.

Finally, these are some of the female characters in Disney stories that will inspire you and teach you a lot of things. You can follow these characters because they will bring a positive change in your life. Moreover, if you want your child to build a strong and unyielding character growing up, then these female characters from Disney will certainly help him or her to become so.

This Is How Your Second Pregnancy Differs From The First!

A first pregnancy is a magical experience, and nothing can quite match the ecstasy when the pregnancy test kits reads 'positive'. The anticipation, exhilaration and expectation from the first pregnancy is matchless. Though pregnancy is beautiful no matter how many times you feel those fluttering kicks, when you are pregnant for the second or third time, you know the journey and will be more at ease. You will not be jumping around the house every time there is a twitch in the belly. You are more stable in your approach, more at peace with the changes and more in control of your pregnancy. We would say, that the second time you are pregnant things are plainly different, not 'bad' but plainly different. We have summed up some of the differences, do share your experiences and comment if there is something we have missed. 12 Ways Your Second Pregnancy Is Different From The First The books will be missing: When you get pregnant for the first time, you tend to horde and read every pregnancy and parenting book that you come across. Hell, you also try to be an ideal parent by following all the advice that is penned down for the first few years as a parent. Any blog, journal,....

Most of us grew up seeing a certain multinational brand's baby skin care products ad where chubby babies with flawless skin were placed in the arms of rather confused and scared looking mothers. And many of us have – from that day – dreamt of a moment like that! However, when you have a baby in reality, the scene does not always involve thin pink and white curtains flying in light morning breeze and a quiet content baby who only coos. And supple and flawless skin? Forget about it. It's wrinkly, red, dry and flaky, or full of baby acne! Why Is It Important To Take Care Of Newborn Skin? Skin is the largest organ, and newborn skin is a shield that protects them from the outside world, which is full of irritants, toxins and infections. It is through skin that a baby explores the sense of touch, and it helps in keeping the baby warm. Now that we know how crucial skin is, it is essential to understand that newborn skin is not like adults, because: It is thinner than adult skin It gets dry easily and often Is sensitive and so reactive to irritants It loses water faster than it absorbs It is delicate and regulates the body temperature The above points emphasizes how....

Beach hair, tan skin, sandy toes and flip flops – don't all these remind of the beautiful summer season? The summer season is also an ideal time to give birth to your little bundle of joy whom you have been eagerly waiting to hold in your arms. If you are just awaiting the arrival of your summer baby, go ahead and look at our list of some wonderful and exquisite summer baby names. 50 Fun And Exquisite Summer Baby Names For Girls And Boys Summer Inspired Baby Names For Girls Summer Inspired Baby Names For Boys 50 Fun And Exquisite Summer Baby Names For Girls And Boys If you are expecting your baby in summers or if you simply love this season and just the smell of summers can make you fall in love then here are some summer inspired names that will make a perfect label for your little one. Summer Inspired Baby Names For Girls Adena: This beautiful name has the meaning "fire" which would make a befitting tribute to the scorching heat of the summer season or sun Pearl: This being the birthstone of June, it is an ideal pick for your baby girl born in this month and is quite a fun selection Brooklyn: A simple name of English origin that has the meaning "water" and....

Are Apricots Safe During Pregnancy?

The happy news of your pregnancy brings about quite a lot of apprehension too!! Your diet is something which needs careful monitoring as this is extremely vital to ensure you deliver a healthy baby. Some of the important nutrients which are an absolute must during this period include folic acid, calcium, protein, iodine and iron. And for this you need to include a lot of fresh fruits and veggies in your diet. Apricot is one fruit which contains most of the above mentioned nutrients and so is beyond doubt an excellent addition to your pregnancy diet. About a couple of apricot kernels would be an ideal addition to your diet during your pregnancy period. and yes, apricots are largely considered to be quite safe. What Are Apricots? What Are The Benefits Of Eating Apricots During Pregnancy? Risks Associated With Eating Apricots During Pregnancy What Are Apricots? Apricots are a part of the Rosaceae family that also includes plums, almonds, cherries and peaches too. Dried apricots can also be consumed during pregnancy and they make up a great choice to deal with food cravings. Described in detail below are all the facts you ever needed to know about apricots and how safe, they....