Does Your Child Hit Other Children?

There’s a saying that “More often or once a child abstained from love will demand it in most unpleasant way”. This saying goes with children who hit other children. Hitting someone is not a spontaneous reaction, though it looks like one. Children who hit others are going through a process similar to volcanic eruption, to erupt or to hit others is not sudden action rather it is caused by a series of events. A lot of toddlers and pre-schoolers take way to hitting others physically when they do not have the words or skills to handle a difficult or a frustrating situation. There are many reasons that can cause such aggressive behavior. Sense of fear, isolation, tension, frustration, sadness, anger and anxiety, can all be the reasons for a child to hit other child.

Why Does My Child Hit Other Children?

A toddler between the ages of 18 months to about two years find it very hard to communicate his needs to his parents and friends. Since the vocabulary of the child is limited, and he is constantly exploring new things and feelings, he finds himself in a position of turmoil for lack of expression. This causes aggression in kids and they resort to hitting and even biting. Aggression is way of expression, and younger kids do engage in this kind of behavior given certain situations. The problem arises when kids start to consistently behave in an aggressive way, which makes it imperative for parents to step in and help them find non-aggressive ways to communicate and express.
When a child grows up, hitting other children is merely due to the lack of attention given to him when he started with inappropriate behavior. Since the child never learnt how to behave appropriately and because non-aggressive means of communication haven’t been taught to him, he is very likely to resort to physical aggression.

What Causes Aggression in Young Children

Aggressive behavior in children is a matter of extreme concern for parents, teachers and other children in company of your child. Children are raised with love and care; but sometimes even under cautious observation of parents some aspects of their personality to go unnoticed. The aggressive nature of a child can be one of them. If such a nature of accident or a complaint comes to your notice, you must understand that there must be something that triggered this situation. Learn what were the circumstances, what caused it, and find out what triggered this act of hitting other child. The first step is to identify the cause of the aggressive behavior. Is it because:

You will have a better control of the situation and will also be able to read his mind once you are able to answer these questions. Careful observation of your child will make way for a better understanding as to what triggers his hitting behavior. Does he hit only one child, or does he hit only when a particular toy is taken by another child? Is his aggression triggered by frustration, anger or stimulation? How does he express his agitation and aggression? Does he become verbally abusive? Or he strikes physically? Once you do figure answers to questions like this, it is very likely that you will be able to draw a pattern in the situations that cause such behavior. With your help, your child can learn to calm himself and be aware of his aggressive behavior. You will need to help him find alternative solutions to his problems, and make him learn that aggressive behavior can and does have unpleasant consequences.

10 Steps To Stop Your Child From Hitting Other Children

Once you have understood the underlying cause of your child’s aggression and have zeroed out on the reasons, you will need to step in without giving in to the urge to punish or banish. Lets see how:

Coping With A Child Who Hits Other Children

The solution to such aggressive behavior starts from you. If you have been aggressive to anyone in front of your child hen immediately stop doing that. Never hit your partner, both the parents are very important to a child. Hence, it is very important to love your partner. It creates a sense of security in your child, and besides that, domestic violence itself has a major negative impacts on a child.

You must understand that children resort to hitting because they do not have the skills to express the discomfort that they might be feeling in any other way. Till the time a child develops speech skills, he is most likely to vent his frustration by crying, hitting, or showing other ways of aggression. Sometimes, they take the cues from parents who hit their child when something doesn’t happen in tune with their likes. Hitting is not the response to hitting – it is the cause to even more hitting.

A toddler's tantrums can feel hard enough to handle when you are at your home, when you can actually make him go to another room or walk away yourself. But what do you do when these little creatures cast all their fury at a public place or when you are out and about? The watchful gaze of onlooker, the fellow parents' judgmental stares and the irked little one are a perfect mix to send any parent on an emotional tailspin. Toddlers spill out their emotion sat the most unsuitable times and places, and nothing much can be done about it. Though we hope that children and parents both are looked at with much more kindness and empathy, here are some ways to avoid and handle public tantrums. 8 Ways To Avoid Your Toddler's Public Tantrums Start with some prep work: Some carefully planned preparatory work can head off a few tantrums even before they start. At home, you can give your child different situations and watch his reactions and responses. Taking the opportunity, you can explain your child right from wrong and give him some understanding of the cause. Working through a few scenarios will enable your toddler to channelize his anger somewhere else, and when such a situation....

Effects Of Violent Movies On Toddlers

Kaboom! Car chases with gun firings and aggressive shouts: the masala of current movies! This has burgeoned even to the Rom-Coms and cartoon and animated children based movies. Oh, and not to forget the space combats involving a lot of special effects and neon swords! These movies, designed especially for younger audience propagates more, novel forms of violence. Ever wondered if they are more than just mere entertainment? Previously only intimate scenes constituted to A grade classification of movies, but thankfully now abusive language and action is also considered. You may consider it normal for your kid to run around the house shooting at every other imaginary infiltrator, however the impact of violence portrayed in movies have far more effects. Read below to gain an insight on the consequences of exposing tots to violent movies: The Effects Of Violent Movies On Young Kids What Can Parents Do To Save Their Children From Violence? The Effects Of Violent Movies On Young Kids Rugged pants, button-open shirt, scars and wounds, pockets holding guns, holsters is what your kid is gauging as a cool image. Thanks to Django Unchained, Batman, Superman and even Harry Potter! The.... 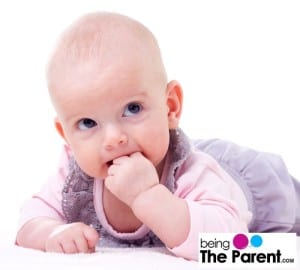 Tips : Caring For Your Baby’s Teeth

Care for your baby’s teeth starts even when you do not see them. When we plant a tree we take care of soil stronger roots. Similarly for strong and healthy teeth in future, gums should get proper cleaning before milk teeth sprout. Dental hygiene is very essential even for these temporary teeth. After all, they work as base for the baby’s permanent teeth. They help your baby to chew food and talk. For a newborn, you can simply use a finger to massage and clean the gums after a feed. You can use clean, soft moistened cloth to wipe down your baby’s gum (it washes out bacteria). You may clean her tongue also very gently. The correct time to do this is after feedings or before bedtime. Brushing Baby’s Teeth It is good to introduce brushing to your baby early in his life. It could be started when your baby is 20 months old. Initially, do not try to clean his teeth or look for perfect brushing. Let it be a game for him; let him play with toothbrush or water - this would make him think of brushing as play time. It is going to make your job easier in future and would be helpful in developing healthy brushing habit in him. Keep in mind a few things before you start brushing: Use....

Truly, potty training is a challenging phase! It is smelly, it is awkward, but it is actually fun! The tiny ones just do not know anything but to be happily doing whatever they want, anytime! ‘Anything’ pretty much includes the need of changing the diapers whenever needed. Now, retaining soiled diapers is not only unhealthy, but also uncomfortable to the baby. Most of the times babies cry because they are feeling very uncomfortable! Rush parent, for your baby is crying! Sometimes, even after your baby has been taught potty training, he may still accidentally soil the diapers, being busy playing and so on and so forth! It can also be related to a stress issue. Best tips on dealing with potty training regression Don't think it is bad: The main idea is always to find the fun of innocence in such an awkward but vital parenting task. If you are not liking the job, it will show! Your child will be more uncomfortable and reluctant to learn. It is perfectly natural! Babies are babies! They puke, pee, poop at will! It is totally a big part of being a good parent. Instead of scolding your kid, take it casually. When you are tough, your baby will feel introverted. That....