The Importance Of Failure In The Growing Years

It is very important in life to fail in order to understand the importance of success. As much as it hurts, failure is an integral part of life. It is a great teacher and a stepping stone. Without failure, we will not be able to understand compassion, kindness, empathy and achievements. So it is significant to appreciate the failure. Failure shows that a person is learning. So it is very crucial that we teach the importance of failure to our children. Read on to know more on this.

The Importance Of Failure In The Growing Years

Most of us are overprotective of our children. We do not want them to feel bad or hurt if they fail. So what do we do? We mask their failure as success.
“You came last for running? No problem, it does not matter. Let us go for an ice cream treat”
“You scored low in exam? Marks do not matter anyway”
“Your team lost the quiz? Do not say “lost”, you participated, that itself is a win”
Now, do not get us wrong. It is equally important to teach your child that winning or losing is not a matter of life and death and what is key is to give one’s best shot. That said, we should also not mask their failure. Here is why:

5 Famous People Who Failed Before Succeeding

It is your responsibility to make your child deal positively with failure. But there is only so much pep talks can do. A better way to motivate your child is to pick some of his/her favorite personalities and explain to them how they also failed, and despite that, they turned around their fate and succeeded. This will help your child relate to failures better and more importantly, move on and keep working at their goal. Here are five famous personalities that your child might know and idolize who have failed:

So please tell your little stars that setbacks, minor or major, are parts of life and if they try hard enough with perseverance, patience and dedication, they will be able to achieve everything they want.
If you have anything to add to this, please leave it in the comments section below.

When Will I Feel My Baby Kick In The Womb?

Are you just impatiently waiting to feel your baby's first kick ever since you have realized you are pregnant? The very first time you experience the little angel growing inside you move can be an extremely exciting and touching moment for you during your pregnancy. You feel so amazed and wonderful to feel your little baby moving inside you and start thinking what exactly they might be doing inside there. Your baby's movement will make you feel closer to him and render a whole new definition to being pregnant. When Will I Feel My Baby Move In The Womb? Most women experience the first fluttering of the baby moving inside them somewhere between 16th and 25th week of your pregnancy. If it is your first time, you may take even more time to understand that the tiny fluttering feelings that you often feel inside your tummy are actually your little mite performing acrobatics inside you. If this happens to be your second or third pregnancy, you can recognize your baby's movements as early as 13 weeks itself as you become quite experienced. At the very start, the movements will be extremely mild like just gas bubbles or a rippling feeling. However, soon enough you begin feeling your....

7 Things You Should Never To Say To A Preemie Parent

A little sensitivity does not hurt anyone. This article is not about you or your child. This is about another woman. A woman who has given birth prematurely and has now a baby who is not "full term" but "pre-mature or preemie". She and her partner are already going through a lot – the shock of having a baby before they were fully prepared, the stress of dealing with the special needs of the child, the sorrow of having to part with the baby if he/she is kept in the NICU. What they do not want in their life currently are insensitive comments – well-meaning or otherwise – that take a jab at them for having a preemie baby. Now this is not to say that we expect you to be mean. Often times, you do not know what tell a preemie parent and that is the trigger for you to blurt out something wrong. So here is a list of 7 things that you should NOT (read never) say to a preemie parent: 7 Things Never to Say to a Preemie Parent But he is so tiny!: Thank you very much. Everyone can see how small the baby is. There is absolutely no need to point it out. The parents know that their baby does not look like normal newborns because he was born before growing fully inside the womb. When.... 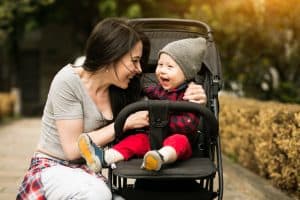 When NOT To Exercise In Pregnancy?

Gone are the days when pregnant women were advised to avoid exercises and rest most of the time. With advancement all the myths are busted. Nowadays light moderate exercises are prescribed to expectant mothers in order to stay active and fit. Most of the mothers can exercise safely during their pregnancy as long as the doctors do not advise against it. However rigorous workouts are prohibited during pregnancy. Mild exercises have a soothing effect both on the health of the mother as well as the baby. Here we discuss briefly the truism about what all is safe and what is not. When NOT To Exercise in Pregnancy? Some health conditions or pregnancy complications may call for you to not exercise in the interest of your and your baby's health. If any such health condition persists, it is advisable to consult your gynecologist before exercising. Below is a list of conditions where exercising should be refrained from, and done only if the doctor suggests to: Heart ailments: If you are having any heart problem then do not do any exercises. When you do a workout, your blood circulation increases and this can affect your heart health Lung ailment: Lung problems like chronic....