How Safe Is Lemongrass During Pregnancy?

One thing that concerns a pregnant woman the most is her diet during pregnancy. You will hear thousands of advices on what is to be consumed, what is to avoided, what is good for your child, which fruit or vegetable will help you enhance your health during your pregnancy. The advices are umpteen which leaves you flabbergasted on what to be considered and what to be discarded. If it is not your first time then things are relatively easier for you from your previous experience, however if it is your first time then things become little difficult for you to practice.

Is Lemongrass One Among Your Favourites?

Everyone has a favourite when it comes to one’s preference for food and beverages. Are you one among the herbal tea lovers? Is lemongrass tea your favourite flavour? Do you love the taste of lemongrass, and add it to the dishes you cook? Do you relish Thai and Vietnamese cuisines? If you crave for lemongrass tea but confused on what to do, read our post below and decide for you.

Lemongrass is a kind of grass that is widely grown and used in tropical regions. The presence of mild citrus flavour (lemon) to it, made it popular by the name Lemongrass. It is an herb used as a flavouring agent in many cuisines and is more often used in Thai and Vietnamese cuisines. It is a favourite among many herbal tea lovers and often features in menu of many small and big cafes across Asian countries. Many tropical countries cultivate them as a culinary herb or medicinal herb, but in some places like southern parts of US the grass grows in wild. It is popular among people for lot of its healing properties besides acting as a flavouring agent.

Is It Safe To Have Lemongrass When Pregnant?

Being cautious of one’s diet when pregnant is a fact that goes without saying. Though tea as a beverage is considered safe during pregnancy, it is best to consult a doctor before consuming any kind of herbal tea; lemongrass being one of them. Though Lemongrass has several medicinal benefits and is of therapeutic value to the ones who consume it, however during pregnancy consumption of lemongrass may have a negative impact on your health and the unborn baby. Lemongrass when consumed in concentrated form can harm you and the fetus. It is used in concentrated form when consumed as a flavouring agent in tea or other supplements. Lemongrass is not same as lemon which is recommended to be safe for pregnant women. Though lemongrass possesses the citrus flavour of lemon, it has many properties that make it different from lemon and hence its use varies accordingly.
Lemongrass is said to be of threat to pregnant women only when consumed in concentrated form. Ingest of small amount in many Thai and Vietnamese cuisines are not a danger. It is always recommended to consult your doctor before you pop anything in to your mouth or make any new changes or additions to your diet during your pregnancy.

Lemongrass when consumed otherwise has many benefits and works wonder for human body. Some of the common known benefits are as below:

Side Effects Of Lemongrass On Pregnant Women

Though Lemongrass has umpteen benefits, it may pose a dangerous threat to pregnant women.

Though one is recommended to avoid the use of concentrated lemongrass oil during pregnancy, use of diluted lemongrass oil can help one get relief from muscle strain, pains and headaches. One can dilute it by adding carrier oils like basil, rose, sandalwood, Fennel or Lavender. It is best to first test the same on a small patch of your skin to ensure you are on the safe side.
Effects of many herbs oils and supplements have not been studied in pregnant women and researches are being undertaken in the said domain. It is best to consult your doctor before you opt for any new additions to your diet or consume any herb as they may not react in the same manner for all especially in case of pregnant women. If you have anything more to share with us on this, do feel free to put in the views in the comment box below.

Is It Safe To Have Plantain During Pregnancy?

Just discovered you are pregnant and feeling sick of the mundane diet that you have been having since the past few days? If you are looking out for some yummy but healthy additions to your pregnancy diet, plantains are a wonderful option to go for. They not only taste yummy, but are loaded with umpteen nutritional benefits that are perfect during your pregnancy period. What Are Plantains? Benefits Of Eating Plantains During Pregnancy What Are Plantains? Plantains are tropical fruits that are bigger than bananas and have a thick peel with flesh that is sweet and firm inside. If you buy them green, just leave them for a couple of days till the skin turn yellow in color making them ripe enough to eat. They are basically used as a vegetable and although they belong to the banana family, they need to be cooked before eating. They can be eaten mashed, boiled or fried and serve as a staple food loaded with vitamins, folates and other important nutrients. They are perfectly safe to consume during pregnancy and has immense benefits when included into your pregnancy diet. Benefits Of Eating Plantains During Pregnancy If you are planning to include plantains in your pregnancy diet,....

Signs And Symptoms Of Multiple Pregnancy

So much happens during a pregnancy. Whether it is a diet change, modifications in sleeping posture, the discomfort of morning sickness, or increased mood upheaval, all are part and parcel of pregnancy and one must try and understand the reasons behind these things that occur in the body. Similarly, looking out for signs of a multiple-pregnancy is quite important to prepare you for what is to come.  The diet and care needs also change depending on the kind of pregnancy you have. So, before dwelling into a detailed discussion about a multiple-pregnancy, let us first understand what it actually means. Overview of a multiple pregnancy In most simplistic terms, more than one fetus in the womb is termed as a multiple pregnancy. And this growth of more than one fetus simultaneously quite natural and its frequency is one in a hundred cases. How does a multiple pregnancy occur? A normal human female is designed to release only one egg in each menstrual cycle. And a hormone called progesterone, which is released by the first egg that is produced, controls the release of any other egg during that particular menstrual cycle. And when this control fails, at that time release of two or more....

Everything About Molar Pregnancy

When you learn that you are about to become the mother of a beautiful child, it becomes the happiest day of your life. The news of becoming pregnant is a happy one. As the doctor confirms your normal pregnancy, you and your partner feel happier. However, in case the pregnancy is not a normal one, you will feel discouraged. During your pregnancy, many complications might arise. One such complication is the molar pregnancy. In this article, let's discuss everything about molar pregnancy. What Is Molar Pregnancy? A molar pregnancy is an abnormal type of pregnancy. It happens because of the abnormalities in the growth of trophoblasts. These cells ultimately develop into the placenta. You will find two types of molar pregnancies. In the partial molar pregnancy, the development of a fetus will happen along with the unusual placental tissues. But, the fetus will not survive long in such a case. For the case of complete molar pregnancy, only abnormal placenta tissues form. Is A Molar Pregnancy A Real Baby? If someone has a complete molar pregnancy, then she will not have the baby. The sperm will fertilize an empty egg. In such pregnancies, the woman will only have placenta.... 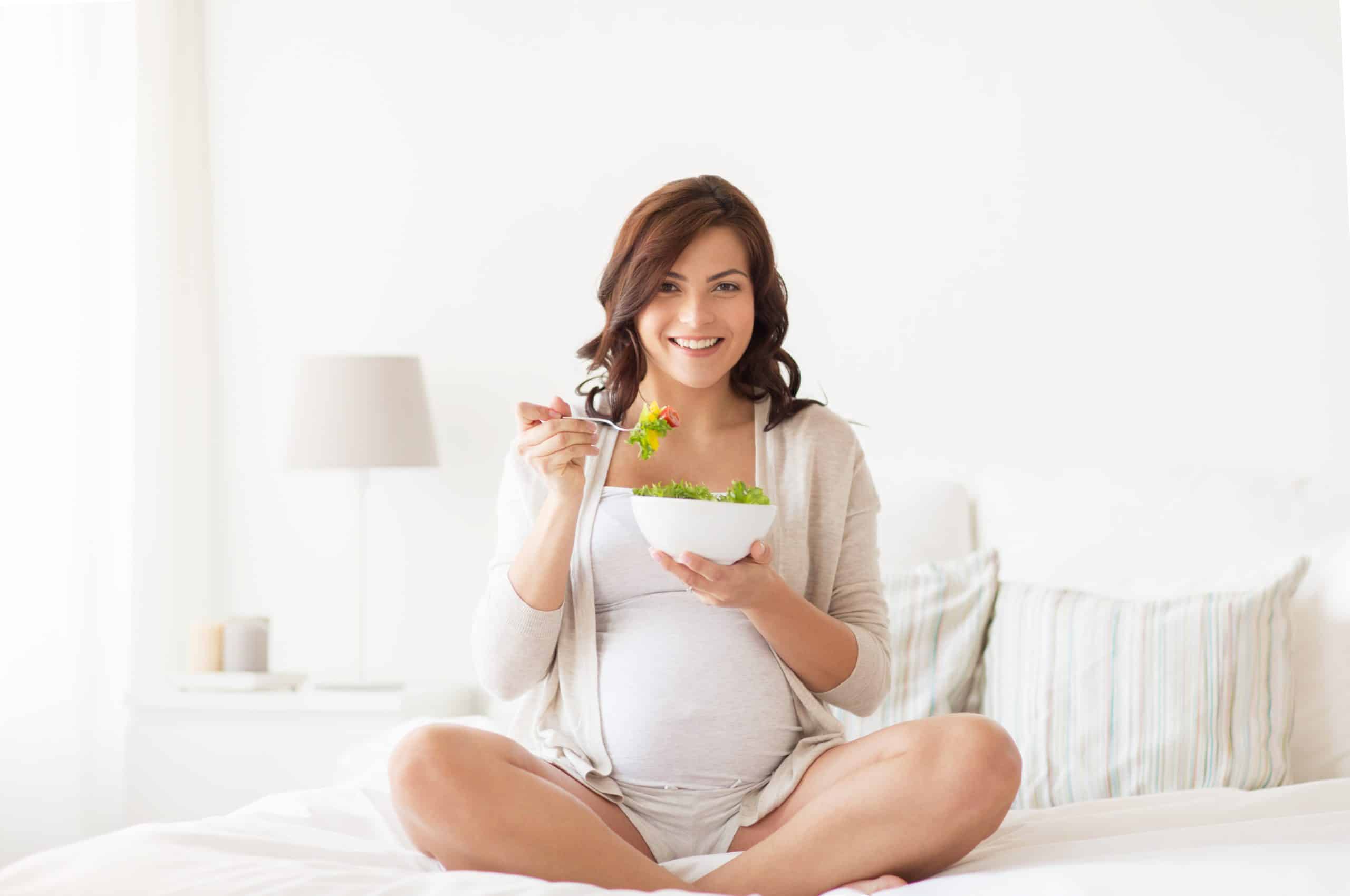 Waiting for the arrival of the baby is a great feeling. But before that, it is important to seek appropriate nutrition, and for that, it is important to well and balanced diet which is enriched with nutrients and vitamins which are vital for the development of the baby and can even relieve from pains, discomfort and fuel up the energy that is needed during pregnancy. In the list of nutrition, all pregnant ladies should also enlist some superfoods as they are rich with enzymes. Foods like papaya, ripe pineapple, yoghurt, avocados, kimchi and few drinks like kombucha and kefir are the ideal choices one can add to the list. These foods support the process of digestion as well. Significance Of Superfood In Pregnancy The phase of pregnancy is one where one needs to be attentive and cautious in terms of eating, exercising, walking etc and sure enough there are many pieces of advice available as well. The importance of having these foods is listed as under: Superfoods consumed helps with adequate development of the foetus. Pregnant ladies need vitamins, minerals, calcium, protein, folic acid, omega-3 fatty acids, magnesium etc to keep both the mother as well as the baby healthy and....