Legalities Related to Adoption and Your Preferences 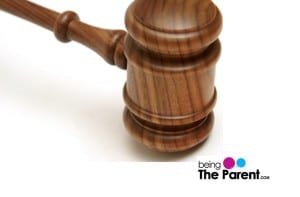 Just like any other legal procedure, adopting a child has its own sets of rules and regulations. So, if you have been planning to adopt a child, then it is highly advisable for you to research well about the aspects related to the same. Otherwise, you might get stuck in the legalities.

Taking the length and complexities of legal procedures into consideration, one of the best and wisest things you can do is seeking legal assistance from an experienced and reliable lawyer. It would be better if you go for the one who specializes in adoption or who has handled such cases earlier.

An Indian citizen can adopt a child under three main acts or legislations. They are – the HAMA (Hindu Adoption and Maintenance Act, 1956), the GWA (The Guardians and Wards Act, 1890) and the JJ (The Juvenile Justice (Care and Protection) Act, 2000, modified 2006). Knowing these will make things easier for you.

Deciding On The Age

Before adoption, you should decide on the age of the child you are going to adopt. According to Indian laws and regulations, you can ask for a child of specific age. However, make sure that you are eligible for that. You must be 21 (at least) for adopting a child. There is no certain legal maximum age bar for the same. However, various adopting agencies set their own standards in regard to age. However, legally there is nothing as such.

As an adoptive parent, you are also permitted to select a child according to religion, health condition as well as special features. As far as gender is concerned, you are also allowed to choose it, but only if this is your first child. However, make sure not to add too many specifications to your wish list. Because the more the specification, the lesser the options.

Get Ready to Welcome the Bundle of Joy

Dear parents to be, this is how you will be able to adopt a child. The process of adoption might take a month or two or even more to get completed. However, once it’s processed there is nothing to worry about.

Planning for a Baby?
Adoption

Using Donor Eggs: The Conception Alternative You Need to Know About

Pregnancy Test – Can It Be Reused?

Getting Pregnant with One Ovary – Is it Possible?