Threatening And Blackmailing Your Child

As a parent, you are soft to your heart’s core when it comes to your kids. We politely request our little ones to comply and gently coax them, which mostly fails to obtain any result. Done with the resources you are caught unaware as to what to do so that your kid will abide you and then you resort to threatening. “Finish the milk or else I will return the toy to the shopkeeper” or “If you finish the milk, I will give you a chocolate” – threatening to take away privileges or rewarding. We have said it all, but is the correct lesson of parenting?

Line Between Rewarding and Blackmailing/Threatening

Now, there is a thin line between rewarding a child or something that he has done or achieved, and blackmailing him to do something. Parenting largely involves teaching kids consequences of their actions, but when parents feel the child is not listening or understanding, they resort to blackmailing. However, some may argue that when you make your child do something for “your” gain, then it could be called as ‘blackmailing’, which will not be the case. When a child does not listen, and his actions can have grim consequences, a parent may actually fall for a lucrative option of ‘blackmailing’. When that does not work, parents resort to unreasonable threats as well. “Stop fighting or I will not let you watch TV for 5 days!” Really? Is it even tangible?

Irrational threats of taking away toys, or swapping the child with some one else etc. do qualify as blackmailing and poor parenting traits. In fits of anger, parents seem to hurl and pass on absurd and inane threats which even parents cannot stick to! If you are to carry a punishment make sure you can follow through it. You have already bought the toy, you really think you will go as far as returning it? No. If you do say something about a consequence and a penalty, make sure that your children believe you and take your words seriously. Idle threats and promises will only make your child loose his trust in you, and he will not obey you. This is indeed a negative pattern of ineffective parenting and has reasonable consequences.

Your kid for certain knows that you are definitely not taking the hassle of going back to the shop to return the used toy. So your threat of taking away the toy meets deaf ears and he continues to misbehave. Such irrational threats are more dangerous because kids know that you are never going to do it per se. Remember, children don’t think about consequences which are due after ages, for example a movie on Sunday which is in question of cancellation. They probably are more interested in immediate consequences.

On the other hand, you are coaxing the child to finish milk so as to receive a chocolate. In this way, you are simply conditioning your little one with the fact that in order to obtain a chocolate he must finish milk and that’s it! Task done! Milk finished! This makes you happy, woohoo task accomplished, but you might be incorrectly reinforcing your child’s mind to believe that he must get something in order to follow the instructions. This is bad in long run!

Cause and Effect Relationships

Toddlers are particularly fussy eaters and this results in a whole lot of drama during meal times. Don’t yell on your kid, approach him calmly. Rather say, “you need finish the milk by the count of three or you will be choosing to lose the toy”. This gives him time to reason and then be firm on the said consequence. Remember that this outcome should be attainable. Also, the child is free to choose what he wants: do the thing in hand, or face the consequence.
Try presenting your kid with two bowls of spinach, one with cottage cheese and corn other the plain one and let him decide which one he wants to have. Sometimes he may not be hungry and would want to eat later, be consistent here – present the same food which was served in dinner. Otherwise, he will form a habit of delaying his dinner and getting favourite snacks instead.
Your kid learns the valuable cause and effect relationship. He would eventually learn that his actions have consequences and it’s up to him to choose. Follow the above measures and there will be hardly any need of manipulating kids with threats or bribery. Rest assured, you won’t later wail your hands in the air as to why the kids like this! 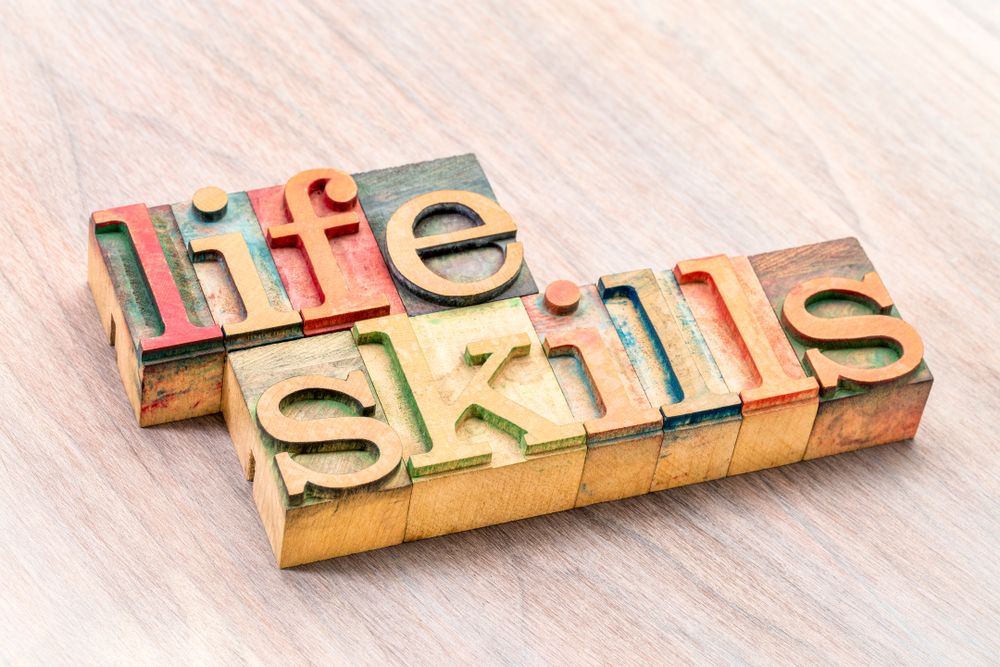 Life skills, as we know, equip kids to optimistically manage the day to day challenges of life. But we live in a gadget-centric life, where there’s less time, more machines and tons of options to distract kids from learning new things. The children today are too busy living the amusing virtual world. That is why it is utmost important that parents take additional efforts to ensure their little ones learn life skills. Life skills are precious lessons which your kid can use throughout their lifetime. Learning life skills begins with parents: Learning life skills starts with parents. Therefore, you have an important role in implanting life skills on your little one.  Remember how our elders instilled life skills in us as a way of life. The process was very natural so that we didn't even know we were learning some thing. Helping mom in cleaning the room and in gardening, or reading a bedtime story, were a few ways in which we learned life skills. Even today, our decision-making is subconsciously influenced by what we learned as a child from our parents. Nurturing emotions: Kids are highly emotional. Just like adults, they are also vulnerable to mood swings.  Likewise, while some....

One fine day when your kid is playing happily in her room and you walk in casually to just check up on her just to find her speaking to someone who is not there! Should you be scared? Is it even normal? Well, fret not. Your child has an imaginary friend and it is ok. Not only is your little one absolutely normal but is also pretty creative. So, brace yourself to deal with the situation. The good news is, it is very common in children and memories of this invisible entity fades away as the child grows up. Child Development and Imaginary Friends Any pediatrician will tell you that having imaginary friends is a part of child development. It is a sign that your child is learning the art of role play, improving his or her verbal skills and developing creativity. The common mistakes parents do is that when they come to know about this imaginary friend they try to interact with 'him' to make their kid more comfortable and as a result, the child stops imagining the person. More often, parents try to interact and strike conversations with these imaginary creations, which actually ends up interfering the child's development and the friend disappears in thin air. You should not do it.... 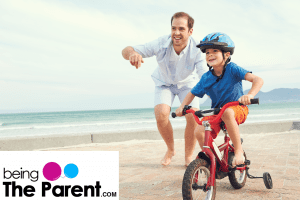 Bike Safety For Kids Every Parent Should Be Aware Of

Bike riding is always fun and one of the best ways to get independent. Riding a bike is also a form of exercise which means it improves the health and fitness of your children. But it is also very important to keep in mind that it is a vehicle and not a toy to play with. It is thus, essential for all the guardians to give at least some basic tips to their kids before buying them a bike and before letting them go on the road to ride a bike on their own. In this article, we shall discuss some of the crucial bike safety tips for kids that must be ensured at each stage of them riding it. So, let’s get started! Why Is Bike Safety So Important? Bike riding not only makes our children independent but it is a great form of exercise which transforms the whole personality of our children. It also helps children maintain a good physique and remain fit. If we talk about the United States, in recent years the usage of bicycles is increased because people want to cut the cost of the fuel which is also beneficial for our environment. With the increased rush of bikes on the road, it has become vital to remember the key importance of safety. We must have to follow the rules of the road while....

How Family Routines Will Simplify Your Life?

We all know how unplanned, unstructured and undefined food intake on a sustained basis throws our digestive track off gear. Drawing a parallel with this, an unstructured routine completely throws off our life, in broad terms. Extrapolate this to the entire family, and imagine the damage poor family routines do to everyone! Read here to know how important family routines are in your life. How Do Family Routines Simplify Your Life? An unplanned morning can lead to unwarranted delays, bad moods, poor concentration and a general feeling of uneasiness and indolence. It could lead to skipping the most important meal of the day – the breakfast - resulting in an upset stomach followed by malaise. An unplanned morning can upset your sleep cycle, fitness cycle, food cycle and entertainment (read relaxation) cycle. Having a disciplined family routine can change all this for the better and simplify your life! The key is to keep at it! Develops basic work skills: Routines play a crucial role in teaching children healthy habits and manners. Basics such as brushing teeth, exercising, caring for the body and hair, washing hands after using the toilet, wearing clean clothes and organizing....