Why Do School-Going Children Snore?

Grown-ups are not by any means the only ones who snore! Snoring while sleeping is fairly common among the kids. Studies show that Seven percent to 10% of children snore on the most night while around 20% of children snores occasionally.

Why Does Snoring Happen In Children?

Snoring happens when the air is not able to circulate freely through one’s nose and throat. Throughout the time of sleeping, the muscle in the upper airway sometimes tends to relax a bit more – resulting in the collapsing of the airway. This unsteady movement of air will result in vibrating the tissues of the palate (roof of mouth), nose and throat. These vibrations create snoring sound.

Is Snoring In School Going Children Sign Of A Problem?

Even though snoring obviously is not a normal activity of the body, it also generally cannot always be an indication of some health issue of the child. Most of the children who snores are found to be fit as a fiddle. ‘Primary’ or normal snoring will not interrupt their sleep. Their mental and physical development will be similar to the children who do not snore.

When Can Snoring Be Considered A Problem Among School Going Children?

Severe snoring that hinders the sleep of the child is found in about 2% of children who snore. Their snores could be an indication of underlying sleeping or breathing problems which can be life-threatening. Children who snore loudly are likely to have twice learning problems than normal children. Delayed growth and cardiovascular problems are also found to be associated with severe snoring.
Therefore, being a parent you should be conscious if some changes occur to your child’s sleeping or breathing habits.

What Are The Causes Of Snoring In School Going Children?

What Is Sleeping And Breathing Disorder Associated With Severe Snoring?

Sleep-related breathing disorder (SRBD), though not rare among children, but is still not easily diagnosed in most cases either.
Obstructive sleep apnea syndrome (OSAS) and upper airway resistance syndrome (UARS) are the common sleeping and breathing disorders associated with snoring.

What Are The Consequences Of Sleep-related Breathing Disorder In School Going Children?

There are several after-effects that result from the restlessness and poor quality of sleep experienced by school going children with sleep-related breathing disorders like:

Kids with upper airway resistance syndrome wakeup now and then during their sleep as a result of resistance in the airway or due to exerted snoring. But the level of oxygen and carbon dioxide in the blood or the tissues in the child will remain intact.
Sometimes, the collapsed airway of the kids with obstructive sleep apnea syndrome does not open. The child will struggle to breathe and wake himself from sleep in order to catch his breath and then go back to sleep. The level of carbon dioxide in the blood and the tissues will escalate and the oxygen levels drop down as breath-in is completely stopped.
Sleep apnea is commonly found among the children with Down syndrome

When Should I Be Concerned About My Child’s Snoring?

You should be concerned about your child’s snoring if:

How Can I Treat My Child’s Snoring?

The treatment for snoring varies with the cause. Occasional and light snore in the children can be eliminated by:

Heavy snoring needs medical attention. Take the child to a medical practitioner and he will fix the treatment after finding out the reason behind the snoring.

When Is Surgical Treatment Recommended For Snoring?

Surgical treatment is suggested in:

What Is PAP Treatment?

Positive air pressure treatment is suggested for children with OSAS. A mask is worn over the nose. A gentle and steady flow of air through this mask will keep the air way open and prevents the child from waking up to catch the breath.
Now you know that snoring is not a simple thing that could be ignored. When your child snores, you might be a bit amused, maybe thinking that “he snores just like his father!” But persistent snoring could indicate symptoms of any health problems that you should be aware of. Therefore, it is always better to consider the health factors of your child before coming to such conclusions. 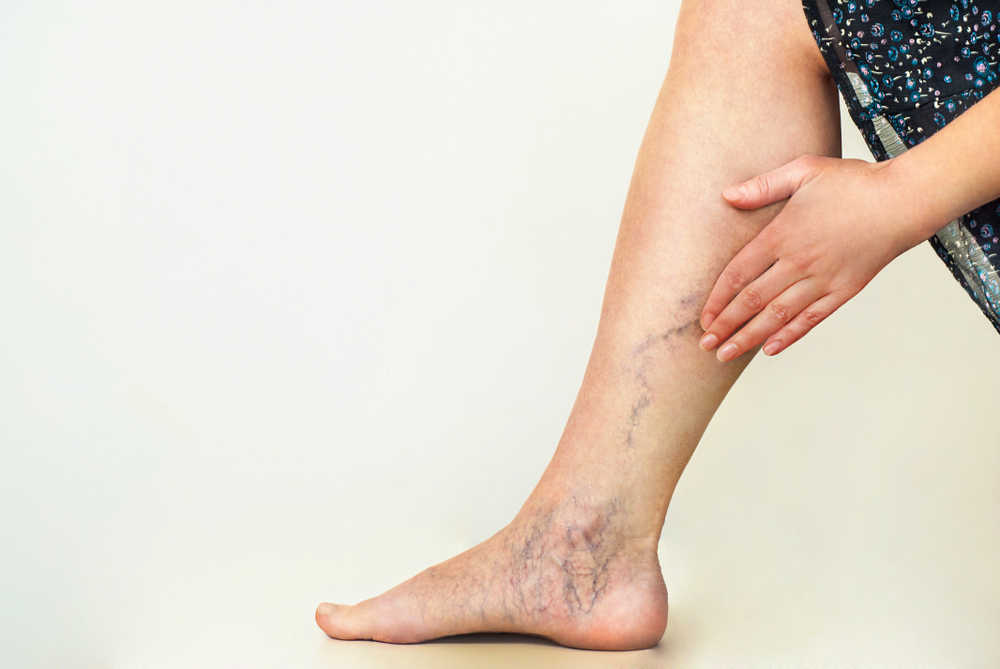 Varicose Veins After Pregnancy – Causes, Symptoms & Treatments You Should Be Aware Of

Although pregnancy is a time to be cherished by every mommy-to-be, it does come with its fair share of pains and aches. All the pains that you have endured during the past nine months will seem like nothing when you embrace you're newborn for the first time after birth. This being said, there are some conditions that will continue to haunt you even after you have safely delivered your baby. One such circumstance is known as varicose veins. Some women experience varicose veins during pregnancy itself which may or may not continue after delivery. But some other women tend to develop it post-delivery owing to the weight gain. Even if the condition improves after delivery, the damage to the veins has already been done and cannot be easily reversible. Let us have a detailed look into what are varicose veins, what causes it, what are its symptoms and how it can be treated. What Are Varicose Veins After Pregnancy? Varicose veins which are also known as varicosities is a condition when the veins in your legs begin to enlarge and overfill with blood. When a person suffers from varicose veins, their veins tend to appear raised and swollen and usually in bluish purple color. The pain from....

Can I Give Goat’s Milk To My Baby?

Once your little one makes his or her entry into this world, you life undergoes a total change and you will be sure that 24 hours are not enough to look after your little mite. You slowly begin getting used to breastfeeding your baby and gradually wonder when to introduce formula milk or cow's milk to their diet. Ideally, your child should be exclusively breastfed for at least six months before you introduce any kind of formula for them. Whether goat's milk is safe for your infant is quite a debate these days. Even though goat's milk is not extremely popular in the West, this is consumed widely internationally and is rich in all kinds of nutrients. Can Babies Have Goat's Milk? Benefits of Goat's Milk For Infants What Precautions Should Be Taken When Feeding Goat's Milk To Babies? What Are The Cons Of Goat's Milk For Babies? Can Babies Have Goat's Milk? Infants can be fed with raw goat milk that is pasteurized safely after the baby is at least 1 year old. However, it needs to be prepared in accordance with the time tested and proven method for "homemade infant formula" to ensure it your baby gets all the required quantities of fat, milk protein, water and nutrients in....

Pacifiers have been used by parents to calm their babies for ages now, and true enough; comforting your new born is one of your major priorities. Some parents have used pacifiers once and never again for other kids because of the struggles to get rid of the habit. Baby pacifiers or dummies or soothers or comforters, as the name already suggests, are used to comfort and soothe babies. Some medical researchers suggest that use of pacifiers is potentially protective, and with the studies showing a relationship between pacifier use and a significantly reduced risk of sudden infant death syndrome, commonly known as SIDS. How Does A Pacifier Work? A strong suckling reflex is common to most babies. In fact, many babies are known to practice sucking the thumb or their fingers even before they are born. Sucking, apart from providing nutrition to babies, also gives them a feeling of familiarity, calmness and that is why some parents will always have a binky in their baby bags. Some babies are satisfied to suck during feeding and get settled with cuddles or rocking arms, while others can't seem to have had enough-even though they aren't hungry. It is at these times pacifiers will be the.... 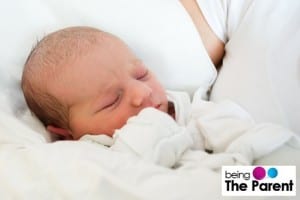 [caption id="attachment_3050" align="alignleft" width="200"] New-born baby sleeping[/caption] If you think it is only you who’s getting sleep deprived after having a baby, you are wrong. A new-born actually sleeps around 16-17 hours a day, but since this is not at a stretch, you end up having disrupted sleep. Since your new-born is entirely dependent on you, you will be waking up several times in the night to change, feed and make the baby comfortable. Babies sleep for shorter intervals, as most of their sleep is REM (Rapid Eye Movement) which is presumed to be necessary to aid all the complex development taking place in them. REM sleep is easily disrupted and lasts for small intervals only, but by about 6-8 weeks, your baby will start sleeping for longer periods during the night and shorter periods during the day. Babies also have more of non-REM sleep once they are around 6-8 weeks old. Sometimes you might have to resort to swaddling. We’d say the phase doesn’t last long, but will seem like eternity to those who are going through this phase of new parenthood. Your baby will start to sleep for longer intervals in the night once he is around 8 weeks old, for his sleep will....