GERD And Reflux In Babies

Most babies end up spitting post or in-between feeds, and this is deemed as normal. Some babies even vomit once in a while without any apparent reason. These episodes are not serious of your baby is growing steadily and is gaining weight. However, if your little one spits way too much and this affects his growth, it is known as gastroesophageal reflux disease, or GERD. GERD or gastroesophageal reflux disease occurs when infants vomit or spit out the milk frequently after feedings. It can cause heartburn, chest and stomach discomfort. Reflux is quite messy and is extremely frustrating. But it is not at all a sign of some illness. It is transient and usually passes off.
The burping related to GER is actually an outcome of stomach acid content going back to esophagus. This is due to the wrong relaxation or improper closure of esophageal sphincter. Read more about burping here.

What Are The Signs And Symptoms Of GERD?

Following are the problems associated with GERD-

The symptoms associated with GERD are almost similar as in adults. An important point to keep in mind is to understand GERD or reflux. The going back of regurgitated matter going back in the esophagus irritates the esophageal lining and can cause heartburn or chest pain. It can also gag or choke the infant and can worsen the situation. You can avoid theses by keeping the baby upright while feeding and making him burp after feeds.
Anything that causes the muscular valve between the stomach and esophagus (the lower esophageal sphincter) to relax, or anything that increases the pressure below the lower esophageal sphincter, can cause GERD.

Natural Remedies For Reflux In Babies

Instead of resorting to harsh pharmaceuticals, rely on simple home remedies for relief.

If none of the simple remedies are working for your baby, the doctor may suggest you to eliminate cows milk from your diet and switching to a hypo allergic formula. If these changes also do not help, medications may be prescribed. The doctor may also advice some tests, which may include X-rays of the upper gastrointestinal tract, and in some cases an upper endoscopy of the digestive tract may also be done. Various lab tests of blood and urine may also be done to identify GERD. Sometimes, to measure the acidity in your baby’s esophagus, pH monitoring may be done which will require you to stay in the hospital for about a night.

Your baby’s age and the seriousness of the reflux determine the line of treatment of reflux. The basic and first step in the treatment consists of resorting to home remedies. GERD can be treated with infant doses of PPIs or proton pump inhibitors and H2 blockers such as Zantac. These medicines educe the acid content n your stomach. Surgical treatment may be prescribed if the condition continues for long and other steps have failed, then fundoplication is done. This process is done especially for children having great difficulty in breathing and growth

Reflux In Babies And Sleep

GERD can cause discomfort while sleeping due to irritation caused by regurgitation of gastric contents. The sleep can be further disturbed if the baby is fed just before sleeping. Make sure that there is some gap in the time the baby feeds and sleep. Some people place the baby on tummy – this may help with GERD but can increase the chances of SIDS. Talk to your pediatrician for further help in treating your baby’s GERD.

Reflux In Babies At Night

Babies crying due to reflux become exhausted and fall asleep. Usually it is seen that once the baby sleeps, reflux does not occur. You can raise baby’s head with the aid of a pillow to avoid regurgitation of milk in esophagus.

Reflux In Babies Without Spitting Up

The baby spits up the gastric contents due to GERD but sometimes GERD is present without spitting up. Babies suffer from excessive gassing and abdominal discomfort but there is no spitting up. If the baby appears uncomfortable and colicky after feedings or shows disinterest in feeding, that affect her weight gain, you must speak to your pediatrician.
Spitting disappears generally by the age of 1, and is quite uncommon post the age of 18 months. Most cases of infant reflux clear up on their own without causing problems for your baby. 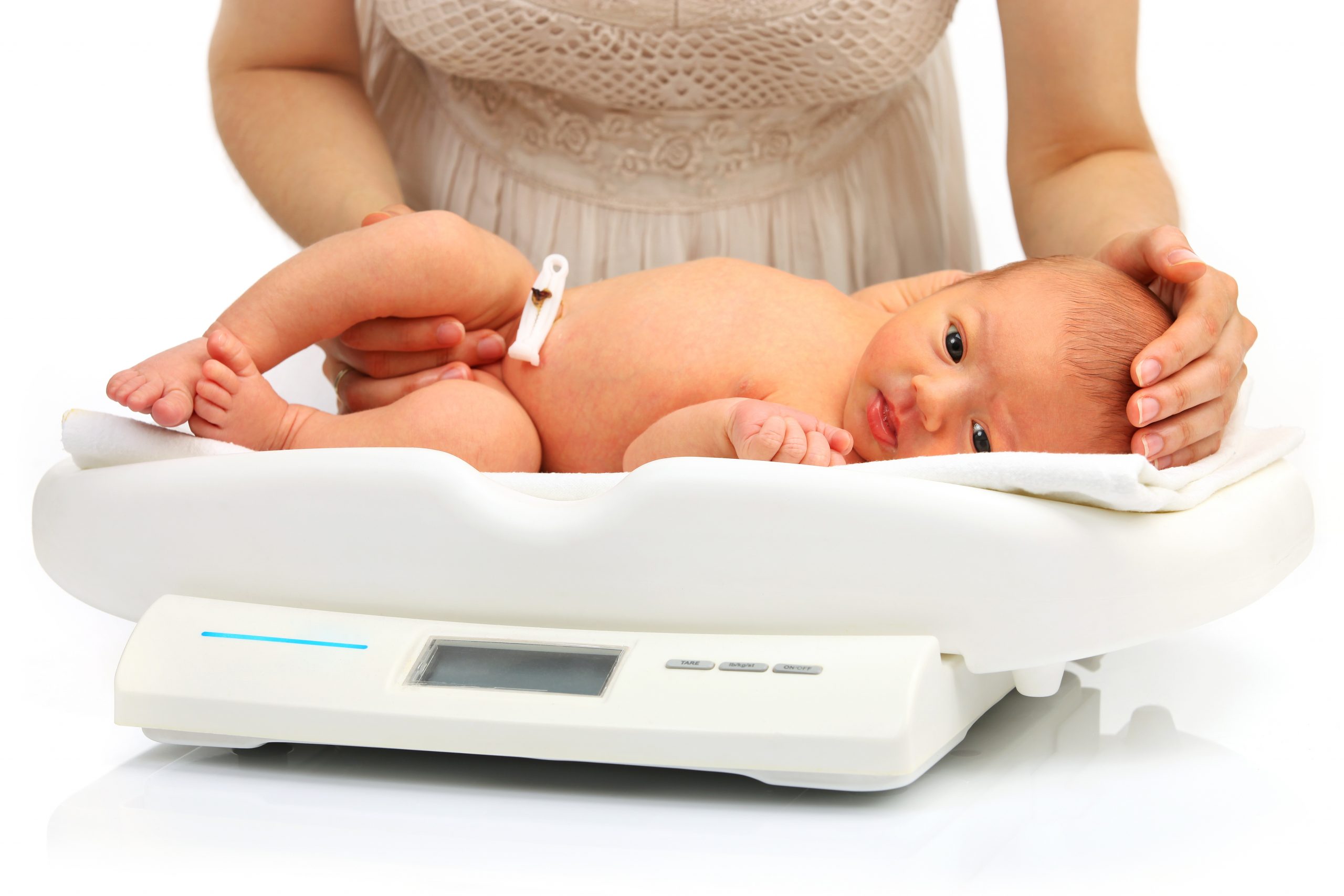 After the baby is born, most parents' first question will be how much weight the baby has? The health of the baby is generally examined by his/her weight. Parents often feel concerned about the baby’s weight loss after birth. The worst part is that most parents don't know the causes of weight loss in babies after birth. This article outlines the answers to this weight loss. Here are some of the general guidelines for parents to look at and measure the growth and weight of the baby. If your baby is not getting enough breastmilk, it is possible that they will lose a maximum of 10% of birth weight in the first week of life and will regain weight by the second week. However, not every baby grows in a similar way; they grow differently. Few changes can be seen in your baby after they are 2 or 5 days old. Weight and size is one such change. If you are concerned about weight loss in your baby, contact your doctor to get better medical advice. Average Newborn Baby Weight: Too low birth weight or too high birth weight may worry infant babies' parents about obesity or malnutrition in the future. The average birth weight in babies is good as they remain safe from weight-related issues..... 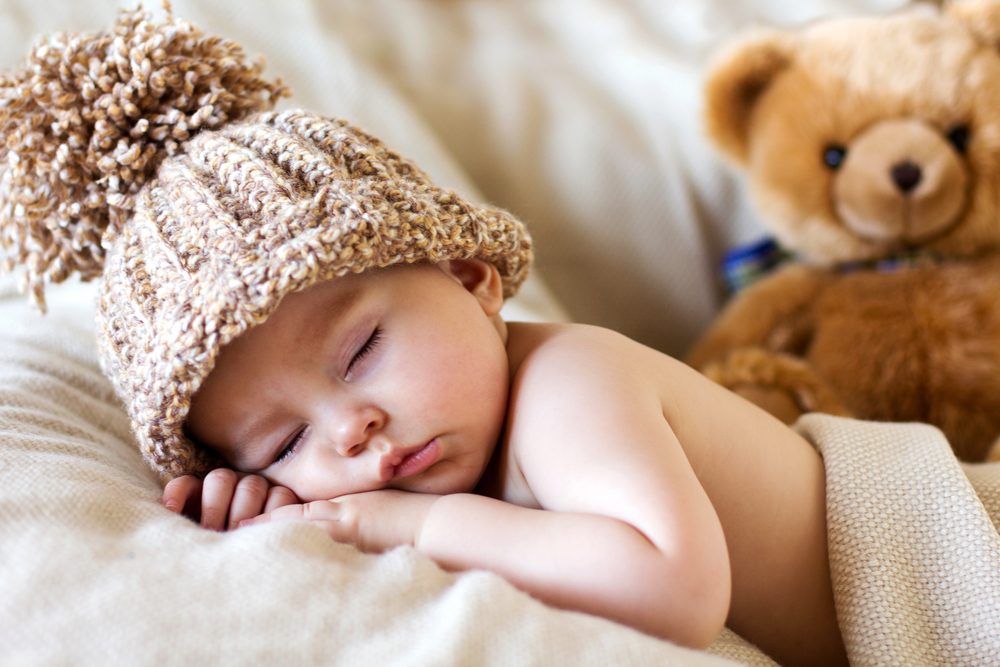 Welcoming your baby at home means that you're ready for a new set of experiences that are no less than a roller-coaster ride. One of the most searched topics regarding new-born babies is the natural sleep remedies for babies. Before jumping to them directly, it is important to have a factual understanding of the sleep issues with babies. As expected, your baby will take their share of time in understanding the new world. And so, there will be issues like the sleep of your baby that will get hard to resolve. While many parents struggle to manage sleepy nights, it is quite easy to start from the beginning. Sleep Issues with Babies - The Grass was Greener in the Womb: While your baby is still growing inside the womb, there is little evidence to record his/her sleeping pattern. It is concluded with research that they will be spending most of the time inside the womb sleeping only. And by the time your baby reaches the 38th week in the womb, s/he will be spending more than 95% of the time sleeping. Sleep Issues with Babies - It all Starts after Coming to the World: When your baby is already so good at sleeping, why do you have to look for the tips for baby sleep? It is quite evident.... 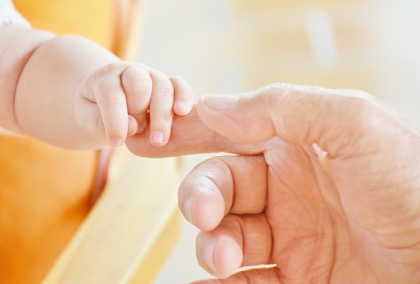 Essential Tips To Protect Your Newborn From Germs And Illnesses

As a new parent, you will want to protect your baby from everything. So, how do we best protect them from something we can't see? Germs, bacteria, and viruses can pose a serious problem to infants. Newborn babies generally keep infections on the skin, mouth, and nose, but if germs get inside, they can cause more inconvenient and occasionally severe issues. For this reason, ensuring your baby is protected against germs and illnesses in the first few months is of paramount importance. So with that in mind, here are some essential tips for keeping your newborn baby protected from germs and illnesses. Ensure Your Baby's Toys Are Clean It may seem obvious but storing and cleaning toys and other things your baby comes into contact with is essential in looking after your newborn. If your baby has any cuddly toys, be sure to wash them regularly. And if your baby has a pacifier, be sure to wash it regularly and keep it in a clean pacifier case when not in use. Limit Outside Visitors Whilst you can't keep your baby in a bubble for 6 months, you can limit who visits. Outside visitors can bring in harmful bacteria from outside, so be sure to limit visits only to close family and friends....

Annaprashan For Baby Girl: All You Need to Know!