Asthma has become a highly common health issue in the recent years thanks to the ever increasing air pollution.
Children are not spared from the grip of asthma and if not controlled with the right measures, it can be fateful for children. This condition is quite difficult for the little one primarily because:

Generally, asthma is diagnosed with a medical examination that measures the amount of airflow in and out of the lungs. So, very young children may not be able to complete the airflow test which requires the individual to blow very hard into a tube. Therefore, parents and caregivers must be very alert to any symptoms shown by the child with regard to asthma as they may not be able to properly communicate how they feel during an asthma attack.
Asthma usually is hereditary and runs in the family. If you are suffering from it, more chances are that your child may also have it, if not now, later. You can inform this to your child’s paediatrician who may refer you to an allergist or teach you ways to prevent your child from contracting asthma. The allergist would perform certain skin and blood tests to see if your child has certain allergies which may trigger asthmatic symptoms in the child. In case the child is diagnosed with asthma, doctor will prescribe medications for treatment.

Most children who suffer from this show symptoms of it before they turn 5 years old. For very young children, parents and even doctors may be find it difficult to recognise whether the symptoms are due to asthma or not. Since the bronchial tubes in infants and toddlers are already very small and narrow, when they are ill with cold, cough and other illnesses, it inflames the airways and makes it even smaller which irritates the child sometimes, leaving them breathless. This may necessarily not be a case of asthma and only due to the sickness. But since the child is too young to speak how they feel, it makes it difficult for the adults to diagnose whether it is asthma or not.
Some common symptoms of asthma in children include:

It is possible that your child may only show one of these symptoms or may show several of them together. If you doubt that symptoms maybe just due to cold or bronchitis, wait till it recurs. In case of recurring symptoms, it is an indication that your child maybe suffering from asthma. These symptoms may worsen when the child is surrounded by asthma triggers such as smoke, strong odours, pollen, pet dander, dust mites, etc.

Whether mild or severe, asthma is a serious illness because the chances of it becoming life-threatening is alarmingly high. Undiagnosed asthmatic symptoms and poorly controlled symptoms in small children can result in frequent trips to the emergency ward and increased suffering which children may not be able to express. Hence, it is very important that an asthmatic child receives proper and timely treatment. Asthma treatments will usually vary as per the severity and frequency of the symptoms and there two-relief types of medications that the doctors may prescribe;

Some natural remedies that can control asthmatic symptoms.
A number of herbs have been claimed as natural remedies for asthma when included in your daily diet. They help prevent inflammation of airways.

Have a Toddler?
Child Safety and Health

8 Unexpected Causes Of Nosebleeds In Toddlers

As your baby grows into a toddler, you will notice that there is never a quiet moment. They keep running around, falling and hurting themselves which can be a cause for worry. Besides, they end up falling sick sometimes too. Similarly, when you see them bleeding from the nose for apparently no reason (according to you), you tend to panic and might want to consult a doctor. Hang on. Nosebleeds are common among children aged 3-10. They stop on their own and can be easily managed at home most of the times. Continue reading to know all about nosebleeds in toddlers. What Is A Nosebleed In Toddlers? Why Does My Toddler Have So Many Nose Bleeds? Causes Of Nosebleeds In Toddlers How to Handle Nosebleeds In Toddlers? When To Call The Doctor? What Is A Nosebleed In Toddlers? Epistaxis, a medical terminology for a nosebleed is very common in babies and toddlers. If your kid is experiencing a nosebleed, the bleeding will occur in one of the nostril in majority of the cases. Also, it will be easier for you to stop the bleeding if your toddler experiences a nose bleed at the front of the nose. It will take a little longer to stop the bleeding if it is at the back of the nose. Why....

Recovering from a Lower Segment Caesarean Section (LSCS) or Caesarean section is a time taking process and requires care and concern. After the surgery, you will be wheeled into the recovery room and you will be under the observation of your doctors. Soon enough, the anesthesia will wear off and the doctor will give you a dose of morphine or other pain killer to address the pain. The hospital stay will vary from 3-5 days and the nurses will help you get onto your feet and take a shower. How Will I Feel After A C-section? 10 Tips To Speedily Recover From A C-section How Will I Feel After A C-section? C-section is a major surgery, and you will probably feel nauseated, uncomfortable and somewhat groggy post the surgery. You will be given some painkillers to address the pain and your stitches will probably hurt. The lochia or vaginal bleeding will still be there as you have in the normal delivery. Soreness and numbness may be present around the incision site and your scar may appear as a raised area in comparison to the neighboring area. It is usually darker than the surrounding skin tone. The C-section is considered as a major surgery, so recovering takes some time,....

What is thyroid? Thyroid disorders affect many women worldwide, and many go untreated. Women experience complicated pregnancies, miscarriages, depression all owing to hypothyroidism, with the least idea that their thyroid levels are to be blamed for this. The thyroid endocrine gland at the throat base has a balancing role in regulating overall organ functions. Both excess and subdued thyroid activities are unhealthy signals, and should be remedied. Hypothyroidism is commoner than the hyperactive condition. Pregnant women should especially be concerned because the condition may have serious implications. The prevalence of hypothyroidism in pregnancy is around 2.5% according to the Western literature. There are a few reports of prevalence of hypothyroidism during pregnancy from India with prevalence rates ranging from 4.8% to 11%. Why is thyroid important? In conjunction with the all-important 'third eye' gland pituitary, thyroid executes the balancing mechanisms set uniquely by the brain. The pituitary again depends on the bio-feedback from thyroid to decide the unique balance of mechanisms for the body. So, it works in a loopy manner. For example, when an organ, say the kidney,.... 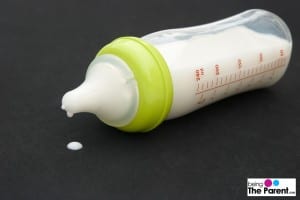 Almost all paediatricians give preference to breast milk for the infants. The universal fact is that nothing can replace the benefits of breast milk for the new-borns. Anyhow, if due to some reasons you need to choose formula milk for your little one, you should keep some facts in mind about how to prepare and store it. Also, prefer using iron fortified formula for infants. Infant formula should preferably be prepared just before use as stored formula milk increases the chances of illness in your baby. Unlike stored breast milk, the chances of stored formula milk has high chances of breeding bacteria. However if you wish to store it for later use, be careful about some points: Always use fresh running water to prepare the baby’s feed after boiling it. Allow it too cool for not less than 30 minutes. Make one bottle at a time as [caption id="attachment_5949" align="alignright" width="200"] Storing Formula Milk[/caption] described on the pack of formula powder or store freshly boiled water to mix it with formula later. Use sterilized bottles to store formula milk or boiled water. If you are using stored boiled water for making baby’s feed, warm the water first and then....