How To Stop My Child From Waking Up Early?

What Is My Child Is Not Sleeping Well?

A child who has disruptive sleep will also be cranky and pushy, and will pass his days in agony. Sometimes the reason your child is not getting enough sleep can be ascertained easily and require a bit of tweaking in the routine. Some common reasons can be:

As a parent, you need to figure out why your child is not sleeping properly. Most babies can sleep for 9 hours a night by the time they are 6 months of age. And no, this is not a miracle, though all babies are different, yet most babies can give you a good night’s sleep when they hit their half birthday. Close attention, some help and a little bit of love should be enough to help a child who is not sleeping well.

Why Does My Child Wake Up Early?

Now, if your child is not sleeping well and waking up early, that is a vicious cycle too. They remain tired, cranky and drowsy during the day. They take longer day time naps and as a consequence, they sleep late in the night. And ironically, that leads to early waking up again.
Thankfully, this problem can be solved with some effort. Before we spill out the tips to ensure your child does not wake up early, let us first see the reasons behind the early waking.

Reasons A Child Wakes Up Early

8 Tips To Ensure Your Child Does Not Wake Up Early

You would have got the basic idea by now – if your child is exhausted or over tired when he goes to sleep, he will not get quality sleep and he will wake up early. So that is the thing to be avoided! Here are eight tips to ensure your child sleeps better and does not wake up early:

Which baby foods to introduce first? The selection of first food for your baby is every mommy’s concern. So here is a list of first food for your baby that will ease your worries and make her first food experience a fun and healthy. Without further ado let’s have a look: Avocado – Avocado is one of the best first food for a baby because it is filled with nutrients and all the essential fats which are important for a baby’s growth. Avocados are smooth and creamy due to which it is easy to eat and to digest. It has Vitamin A and C, Niacin, Folate and so many minerals such as Phosphorous, Potassium, Magnesium, Iron, and Calcium. Bananas – Bananas are other nutritious food for babies. It is also loved by most babies due to its sweet taste and smooth texture. Bananas have mucosal property which help in digestion. It is rich in Vitamin A and C, Folate, Selenium, Potassium, Calcium, Phosphorous, and Magnesium. Organic Brown Rice Cereal – A blend of organic brown rice ground in blender and 1 cup of water makes a nutritious food for the baby. Pears – Pears are rich in Vitamin A, C, Folate, Calcium, Magnesium, Potassium, and Phosphorous which is also good for babies..... 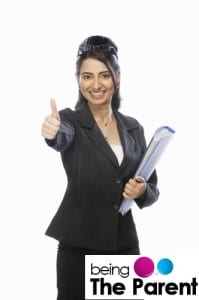 [caption id="attachment_2487" align="alignleft" width="199"] Resuming Work After Having A Baby Requires Some Planning[/caption] The biggest challenge for any woman after pregnancy is taking care of new born and meeting his demands. It becomes even more difficult when a lady is working and if she plans to resume work after delivery. With a little bit of pre-planning, patience and emotional intelligence you can surely prove that women can raise children and work, both with seamless effectiveness. . Here are a few tips which will prove to be very helpful for you if you are about to return to work post delivery. Talk to Your Partner: Discuss with your husband that the things will change or become little difficult for both of you and baby, once you resume work. You both need to be physically and emotionally strong. At the same time make him understand baby is not only mother’s responsibility, father has an important role to play equally. Kin Help: If you have someone from family to take care of your baby, you are lucky. Else, you need to go for babysitter or childcare center, whatever suits you best. Search for it in advance, that is, before you start going to work. Get a.... 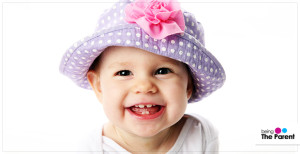 [caption id="attachment_1334" align="alignleft" width="300"] Baby-Teething[/caption] Teething is one of the major milestones of baby’s development. It is the process where the tooth sprouts from the gum. The first teeth of babies are commonly known as milk teeth. Majority of babies start teething between the ages of 4 to 7 months. But exceptional might be as early as 3 months or late by 12 months of age. They have been many cases where the babies are born with teeth. Under such condition, you have to consult with your pediatrician as these are weakly firmed into the gums and can be a choking hazard. The first appearance (normally lower gums breakthrough first) usually appears between 6th to 8th month and this process is completed by the age of 2 to 3 years. Proper care has to be taken as babies’ experiences some uneasiness. Often milk teeth are not taken proper care, but it is equally important as permanent teeth. They help the child to chew food, speak and pronounce various words. If you find delay in teeth’s appearance or abnormalities, consult your doctor. Not all the babies experience teething problem. Symptoms -          When babies are teething, they get....

All About Wheat Allergy In Babies

Shifting your baby from breast milk and introducing solids is an important phase in their life. This is the time when as a mother you need to be very cautious of what you are feeding to your baby and observe your baby's reaction to each and every food you introduce.Also read: The 3 day Wait Rule For Babies To Introduce Solids. In case your baby is fussing over food and having persistent tummy upsets, it could be a sign of an allergic reaction to certain food. Although cereals are recommended as the best first food for babies, some foods like wheat can cause an allergic reaction in your baby. To know more about the symptoms of wheat allergy in babies, keep on reading. What Is Wheat Allergy? Generally, babies and infants are at a higher risk of developing an allergy to any food than adult. In case there is a family history of allergies or allergic diseases, such as asthma or eczema, and if both parents have allergies then the babies of such parents are more likely to develop a food allergy than someone with only one parent who has allergies. Wheat has four types of proteins. These are albumin, gluten, globulin, and gliadin. Wheat allergy occurs when your baby's immune system....