Knowing about ovulation process and when it’s happening can help you a great deal if you are planning to conceive soon. By definition, ovulation means when your ovary releases a mature egg and sends it down the fallopian tube for fertilization.
Did you know that an egg matures in one of your ovary each month? When it is matured, it is released by the ovary and goes in the fallopian tube to join the sperm. By now, the uterus lining is thickened and has prepared itself for the fertilized egg. But whenever you do not conceive, that is the egg doesn’t meet the sperm, the lining of the uterus and the accompanying blood are shed. This is what is called the menstruation cycle.

So when does ovulati on happen?

It usually happens on 15th day of your last menstrual cycle. Though this is the cycle in most women, but it’s not necessarily the same in every case. Typically, the menstrual cycle lasts for about 28 days and the ovulation after that happens between 10th and 19th day of that cycle, which means about 12 to 15 days before your next period will start. Let’s take some examples. Suppose your cycle is of 35 days, then your ovulation will happen on 21st day of that month’s cycle. But if you have a 21 day cycle, then your ovulation will happen on 7th day. Though it varies from woman to woman, you can keep a tab of your cycles for three months and then estimate your own ovulation cycle.

How do I know if I am ovulating?

How many days before/after the ovulation are you fertile?

An egg can be fertilized for about 12-24 hours in your ovulation time. But as the sperm can stay available in the body for about 3-4 days after the intercourse and the egg stays for one day, your most fertile time is between 5-7 days.

How long does it take to ovulate after LH surge?

An OPK can easily detect a surge in luteinizing hormone (LH) levels. This usually occurs about 35-36 hours before ovulation. If you plan the intercourse just after the LH surge, you can enhance your chances of conception.
So now you know how to keep a tab of your ovulation and plan to conceive accordingly. Knowing ovulation and your most fertile days will also help you if you do not want to get pregnant. 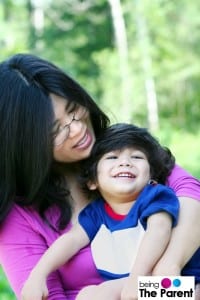 Adoption in itself is a challenging decision for both the adoptive parents as well as the child to be adopted, especially if you belong to a conservative family. There are hundreds of children out there who are waiting for the day they will get a new home. Out of those hundreds and thousands of children, some babies are special because of their special needs mentally, physically as well as behaviourally. Very few couples are there who look forward to adopting a child with special needs. Are you among those very few? If so, then you have taken a wonderful decision indeed. However, before getting started with the procedure of adoption, take time and educate yourself. Mental /Emotional Challenges Upbringing a special child can be quite challenging for you as well as other members of your family. So, first of all you have to find out if you are mentally prepared to accept this challenge or not. Unlike, nurturing a normal child, you might have to come across a number of hurdles as children with special needs want more attention, love and care. Will you be able to provide him or her with sufficient time? Yes, time plays a very, very important role here. When it comes to normal children,....

PCOS is abbreviation for Polycystic Ovarian Syndrome. This is a condition in women  where sex hormones like estrogen and progesterone are out of balance. This leads to a growth in the ovary which are called Cysts. These are benign in nature and not harmful to the body.  This could start during puberty in some girls or in others could be during early adulthood. This is a genetic hormone disorder related to diabetes. It is something that you are born with.  Symptoms of PCOS: The symptoms of PCOS could be physical or emotional. In many cases the symptoms of PCOS could go unnoticed because these are attributed to regular growth in the girl child during puberty or becoming a woman. But it is good to be alert about a few indications or common symptoms.  These are: Missed period: An irregular or a missed period is one of the main indicators of an anomaly in the human body. It could be caused due to this hormonal imbalance and also due to improper ovulation. Some women ovulate occasionally and some don't ovulate at all. Pelvic pain: There will be pain in the pelvic region accompanied by bleeding or sometimes without any bleeding. Hair thinning: There will be hair thinning and....

How Soon Can I Get Pregnant After An Abortion?

IVF Risks And Side Effects

In vitro fertilization or IVF is a highly specialized process in which female eggs are removed from the ovaries and fertilized by the sperm under controlled conditions in a laboratory culture dish. Since fertilization occurs 'in vitro' or glass, it is called as IVF. It is an ART (assisted reproductive technology). The technique is a boon for those couples who are having following problems: Damaged or blocked uterine or Fallopian tubes If there is some minor problem with sperms. Major sperm issues are cured better with ICSI In case of failure of IUI or use of clomiphene and other such fertility drugs If you are unable to conceive in spite of trying for two years and the actual cause is still unknown What Are The Risks Associated With IVF Treatment? Your doctor will discuss the of in vitro fertilization (IVF) with you before you begin treatment. Infact, it is very important for you to make a wise choice and know all the risks and side effects involved with the IVF treatment. The probable risks involved with 'in-vitro-fertilization' are: Top 15 Risks And Side Effects Associated With IVF Treatment Multiple births: IVF increases your chances of multiple births if more....