Do you remember the excitement you felt as a kid when an adult was about to narrate a story? Apart from the story itself, the unknown ending, the twists, and turns that can make you laugh or wonder, are all part of a story’s allure. Whether you read it or hear it, witty stories that can make you think and laugh at the same time will never get boring!Tenali Rama stories with morals for kids are one such series that is packed with humor and unexpected twists.

Though King Krishnadevaraya’s advisor, Tenali Rama was more famous for his wit, sense of humor, and intelligent way of solving problems. The stories entertain and teach many things at the same time. Both kids and adults enjoy it alike.

1. Tenali Rama Gets a Gift From Maa Kaali This is a story about how Tenali Rama outwitted goddess Kaali herself.

Once, Tenali Rama was granted a wish by the goddess herself. She showed him two bowls. One contained milk, drinking which will give him knowledge, and another bowl full of curd, drinking which would give him wealth. She asked him to choose one. Tenali asked to taste both bowls before he could decide and the goddess agreed. Before she could stop him, Tenali drank the contents of both bowls. When the annoyed goddess asked him why he disobeyed her, he told her there was no use of knowledge without wealth and vice-versa. She was impressed and blessed him to become a great poet who will be known for his intellect and sense of humor.

Moral – Never hesitate to take a bold step and speak your mind. Once, a learned pundit challenged the king that he was more intelligent than all the ministers in the king’s kingdom. When it was Tenali Rama’s turn, he showed the cover of a book and informed the pundit that he was going to debate about the contents of that book  “Thilakstha Mahisha Bandhanam”.

The pundit asked for a night’s time to prepare but ran away in the night instead, as he had never heard of such a book. The next day, the king wanted to read the book that scared the pundit away. Tenali revealed a bundle of til sticks and sheep dung tied together with a buffalo hide rope to form the shape of a book. He had named the contents together in Sanskrit, as the name of the “book”. The king was impressed and rewarded Tenali Rama.

Moral – Never be overconfident or arrogant about your knowledge and wisdom. There will always be something new to learn.

3. Tenali Rama and the King’s Dream The king once had a dream about a wonderful floating palace made of precious stones and gems. Minister Chatur, upon hearing the dream, encouraged the king to build the same.

Tenali came dressed as an old man seeking justice for the murder of his family members. On further enquiry, it was established that his family was looted and murdered by the king himself and Chatur, in his dream wanted to find the culprits and punish them.

The king lost his temper and asked how a dream could become a reality. The old man replied that he was just a citizen of the kingdom, where the king was chasing an impossible dream. The king understood his folly and realized the old man was Tenali under disguise.

Moral – Do not go on a wild good chase

4. How Tenali Rama Tackles a Gang of Thieves A gang of thieves was robbing all houses in the kingdom and the city chief was very disturbed, as he could not catch them or stop them. He sought Tenali Rama’s help.

Tenali Rama and his wife spread a rumor around the kingdom that they had a bag of gold coins. One day, Tenali heard the leaves rustle outside his house and realized it was the thieves. So, he told his wife loud enough for the thieves to hear, that they should hide all the wealth in a box and drop it in the well.

As expected, the thieves tried to get the box out of the well. They drained the water from the well all night, only to find the box filled with rocks and stones. Tenali thanked them for watering his plants. When they tried to run away, the chief who was waiting, caught them all.

Moral – A little clever thinking and presence of mind can solve even the biggest issues. Once, an Arab horse trader approached the king with a collection of impressive-looking horses. The king decided to buy all the horses. The trader asked for two days’ time and an advance on the payment. The king also obliged.
A week passed and there was no news from the trader. Meanwhile, the king saw Tenali write a list of the biggest fools on land. The king was shocked to see his own name on top of the list.

Tenali explained that a person who believed a complete stranger and obliged to all their demands was the biggest fool. The king asked what would happen if the merchant gave back the money or the horses. Tenali immediately replied that he would replace the king’s name with that of the merchant’s on the list.

The king understood his stupidity and accepted the same to Tenali.

Moral – Never blindly trust someone you know nothing about.

6. Tenali Rama and the Bragging Soliders Once, Tenali was at a campfire with the army soldiers. The soldiers shared stories about their exciting experiences and sarcastically asked if Tenali had any such story worth talking about. Tenali told them he had once found a large dacoit sleeping in a tent by the river. He was a dacoit who was terrorizing everyone around that area. So, Tenali cut off his toe and ran away. When the soldiers asked him why he didn’t cut the dacoit’s head, Tenali sheepishly told them that someone had already done that.

Moral – A little wit can make even the most boring story interesting. Thathacharya, the royal teacher was very clan conscious. He was a vaishnavite and would cover his face to avoid seeing the Samrthas, as he believed it to be a sin. The people of the kingdom were very irritated by this attitude and sought Tenali’s help.

Tenali Rama went to see the royal guru, who immediately covered his face. On asking the reason behind the covering of the face in front of a disciple, Thathacharya told him, it was a sin to see Smarthas and he would be punished to be born as a donkey in their next birth.

Annoyed Tenali waited for the right opportunity. One day, while walking with the king and Thathacharya, Tenali rushed and saluted to a group of donkeys. When the king enquired, Tenali replied that he was paying respects to Thathacharya’s ancestors who became donkeys after seeing a Smartha’s face.

The king laughed at his sense of humor while Thathacharya hung his head in shame.

Moral – Do not discriminate people based on caste or religion. Once when king Krishnadevaraya lost his temper with Tenali Rama, he ordered his guards to behead Tenali with a single strike of their sword. Two guards took him to the river bank to behead him. When both the guards start arguing about who must cut Tenali’s head, Tenali suggested they should both do it together.

Tenali Rama had one last wish. He wanted to pray and die with Kaali Maa’s name on his lips. He asked the guards to strike him when he shouted “Jai Kaali Maa”. The moment he shouted, “Jai Kaali Maa” the guards struck but missed as Tenali ducked into the water.

The angered guards told him he cannot escape from them again and Tenali pointed out they had to behead him with one strike and both of them had used up their turn and needed permission from the king to strike him again. Tenali saved himself for the time being.

Moral – Calm and quick thinking can save you anytime. Tenali Rama, on his arrival at Hampi, rushed to see the king in his court. The guard outside refused to let him in. Tenali Rama requested the guard to let him meet the generous king who was sure to give him some gifts.

The guard was tempted and asked what he would get in return for letting Tenali Rama enter the court and receive gifts from the king. Tenali promised to share the gift with the guard. The greedy guard let him in. The same thing happened with the next guard. Tenali promised to give him half of what the king gives him. This guard too let him pass.

After entering the court, Tenali Rama rushed towards the king, which angered him. Tenali was punished with 50 lashes, which he immediately wanted to share with the guards. The king heard the deal and ordered 50 lashes for each of the guards. He was impressed by Tenali Rama’s wit and not only rewarded him but also made him his court jester.

Moral – Do not be greedy Tenali Rama found out the royal guru visited a prostitute house a few times a month. He caught him red-handed and threatened to reveal the secret to the kingdom.

Thathacharya wanted to preserve his respect and honor. So, he promised to do anything Thenali wanted. Tenali wanted to ride on the royal guru’s shoulder and was granted the wish. When Thathacharya was carrying Tenali Rama on his shoulders, the king spotted them. The king ordered his soldiers to catch hold of the guy sitting on top, thrash him nice and bring him to the king.

Tenali smartly switched places with the guru, telling him that he had sinned and wanted to correct it by carrying Thathacharya on his shoulders. The royal guru agreed hesitantly. Within no time, he was thrashed and dragged to the king, by the soldiers. The king was shocked to see Thathacharya instead of Tenali Rama and reprimanded the soldiers.

They then explained it was Thathacharya who was sitting on top, when they entered the street. Thathacharya also confirmed the same as he did not want to narrate the entire story. Tenali had a good laugh at the royal guru’s expense.

Tenali Rama stories with morals for kids are a great way to teach some important morals to your children. They are both entertaining as well as educative at the same time.

2. Why is Tenali Rama Famous?

Tenali Rama was famous for his wit and quick thinking. His stories are loved by children and adults. Tenali Rama is one of India’s famous folk tales. 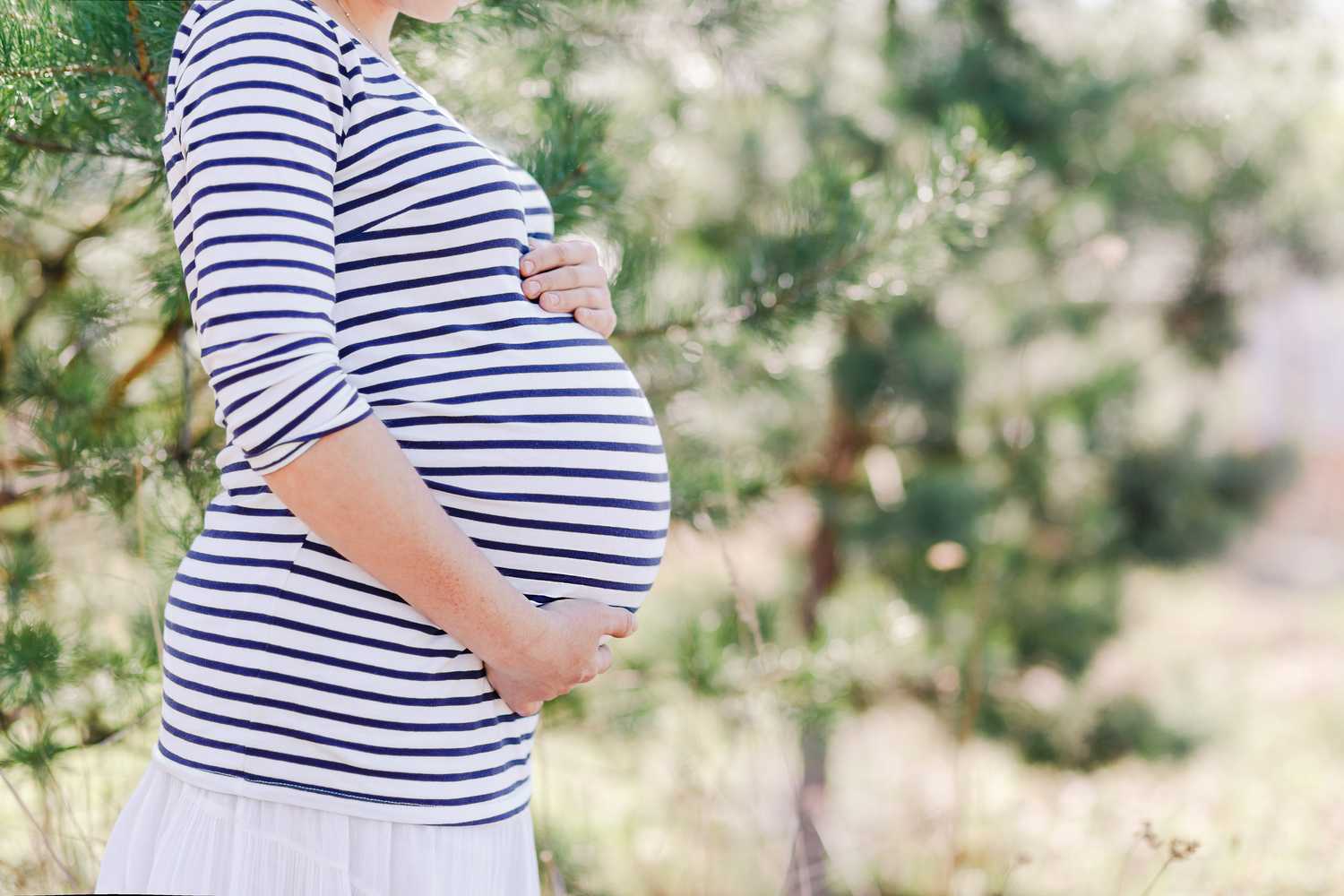