Some couples want to have a baby of their own choice. Since sex determination is illegal in India, and attracts penalty, couples either head to expensive clinics that promise a baby of the desired gender, or simply adopt some natural methods. Owing to cultural, social needs, and the desire to have a complete pregnancy. Well, you could try meat and salt if your desire so to have a boy, or choose the missionary position in hope of a baby girl. Earlier, superstitious beliefs and powerful religious dogmas fuelled people to forecast. However, due to development in genetic and medical science, it is now possible to select the baby’s sex much earlier. 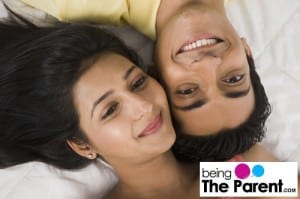 Dr. Landrum Shettles, an eminent scientist, invented few innovative methods for selecting the sex of an unborn baby. His theories were published in his book entitled “How to Choose the Sex of your Baby”. He states that identification of baby’s sex depends on some sexual postures and timing of mating to give rise to a baby. According to Shettles, if a woman wants a boy, she should not heat up her partner on the bed for a span of 4-5 days before the ovulation period. She should undergo intercourse immediately. The time of sexual intercourse must be close to the commencement of the first ovulation. Y chromosome that carries male sperm is very fast to reach than X chromosome. Therefore, she will have to try to make up gap by doing sex at the proper time during ovulation.

The identification of baby’s sex also relies on physical position during sexual intercourse. Deep penile penetration is much better to attract Y-chromosomes to meet X chromosomes in the cervical tube for reproduction. Y-chromosomes run much faster with little life expectancy. Therefore, the couple must hurry up by boosting up Y-chromosomes.

Scientists are hopeful that by sticking to specific guidelines, there is 58-68% chance to expect the right baby as per the choice of the couple. However, married couples should consult with doctors to identify the fetus during prenatal trimester.

Chinese predictors give some hints to help mother to specify gender/sex before childbirth. They do comparison by counting the age of mother during pregnancy and calculating total days of conception. This Chinese theory is helpful to a mother to detect the boy or a girl before delivery of baby.

Few general methods for gender specification at prenatal stage are mentioned below.

Hormonal changes during menstruation cycle also produce an impact on the biological reproduction. So, it needs a thorough medical trial and effective research to increase the chance of having a boy or a girl.