Depression During Pregnancy: What Is It?

Mood swings at the time pregnancy is a common thing. Because of the fluctuation of hormones in your body, your emotions will also undergo drastic change frequently. You will start feeling sad, worthless, and hopeless at times. It happens because of the extra stress on your reproductive system. However, if you are feeling anxious all the time during your pregnancy, then it could be a sign of depression. Facing depression at the time of pregnancy is a thing of concern, and it can also be tackled. Some pregnant women get over this problem of depression quite early, and some might struggle to recover even after the delivery. So, consulting with the doctor will be a wise option. Here is everything you need to know about depression during pregnancy and how you can tackle it. 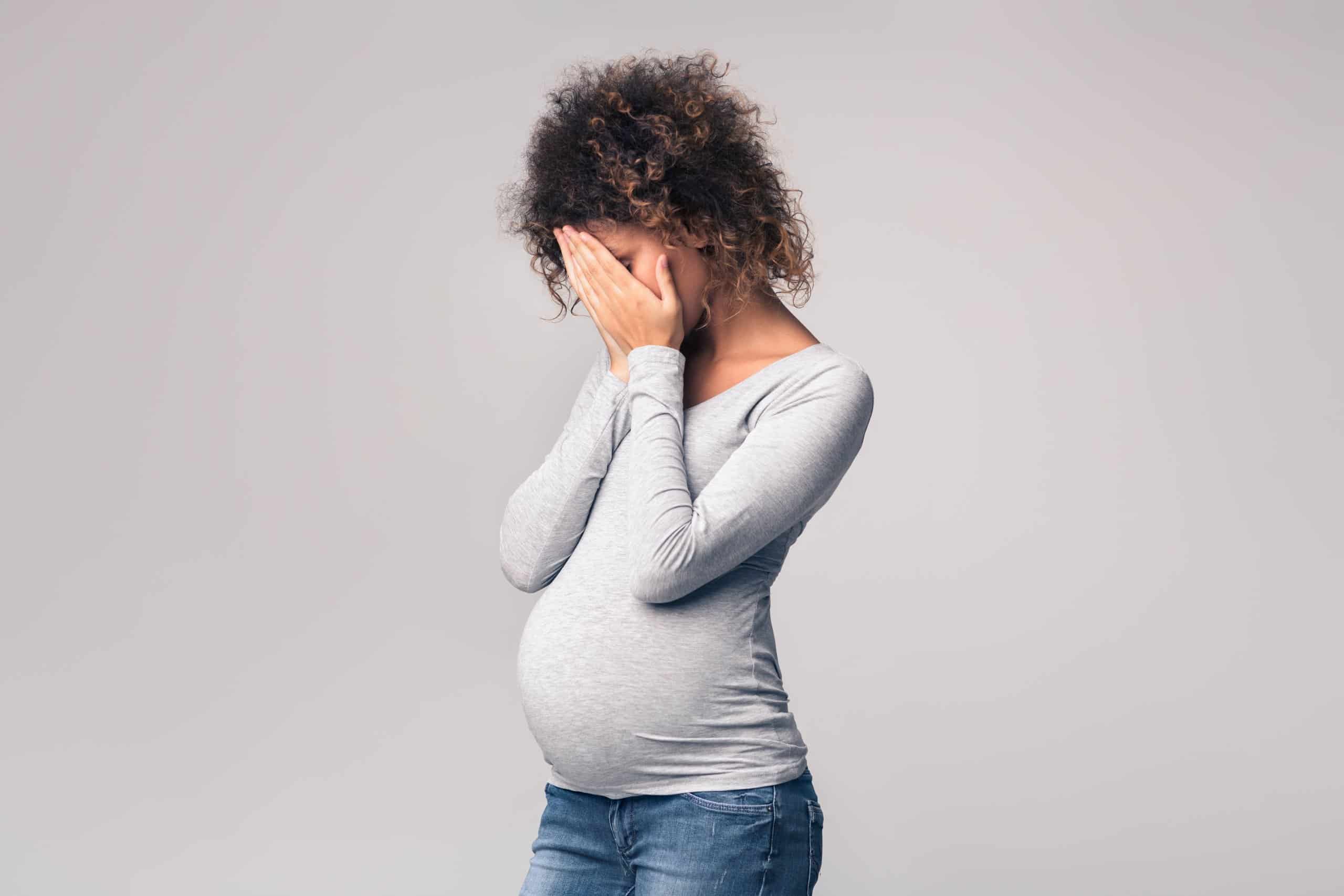 Does Depression Affect Your Pregnancy And The Baby?

If you have depression at the time of your pregnancy, then certain problems might arise. Here are some of the problems that you might face due to depression during pregnancy:

Postpartum depression might increase the following risks for the mother and baby:

What Are The Symptoms Of Depression?

What Are The Causes Of Depression During Pregnancy?

What To Do If You Are Diagnosed With Depression During Pregnancy?

Consult with your doctor if you have depression. If you are not comfortable in stating your condition, you can write it to your doctor as well. Also, you can talk to other women who are going through the same problems by joining a support group. Your doctor will talk to you regarding any treatment method that you might need.

How Is Depression Treated During Pregnancy?

There different ways of dealing with depression during pregnancy. Here are some of the more common things your doctor may advise according to your symptoms:

Most doctors will recommend psychotherapy over any other therapy because of the possible side-effects with other treatments.

How Safe Are Antidepressants During Pregnancy? 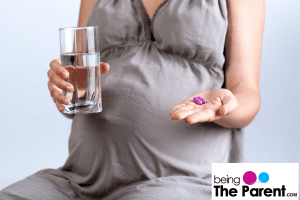 How Safe Are Antidepressants During Pregnancy?

Those who used to take antidepressant regularly but stopped because of pregnancy could find their depression returning. Therefore, you should be consulting about it with your doctor who might prescribe the following antidepressants:

Some of these antidepressants could be safe to use, but some of them might result in low weight for the babies during birth or miscarriage and other side-effects.

What Are The Natural Remedies For Treating Depression During Pregnancy?

Here are some of the natural remedies that you can also use to tackle depression without using antidepressants:

Can You Take Herbal Remedies For Depression?

One common herbal remedy that you might come across while dealing with depression is St. John’s Wort. However, the lack of research made on it about taking it during pregnancy is one reason why you might want to avoid it as the results are unknown. You should be taking the help of your doctor before taking any step about this.

What Are The Complications Of Untreated Depression During Pregnancy?

Conclusion
Pregnancy is a stage where the hormones in your body fluctuate, and because of that, the emotions also start to fluctuate a lot leading to mood swings. If your mood swings are persistent, then you might want to bring that to the notice of your doctor. Remember, being vigilant about your body and mind is one of the best ways to have a safe pregnancy.

Vitamins and Supplements During Pregnancy

Most people believe that as long as you are having a healthy pregnancy, you don't need to take any vitamin or mineral supplements. A healthy diet is definitely beneficial; but pregnant women should, on the recommendation of their gynecologists, take vitamin and mineral supplements. The simple reason being they may not get all the required nutrients from their food, however healthy and perfect their diet may be. But, it is also necessary to understand that supplements are not replacements for a proper diet. They are just a way to ensure that a pregnant woman is getting all the necessary nutritional elements. Where Can I Get Prenatal Vitamins? The health supplements are easy to avail at any pharmacy; but, it is of utmost importance that you start taking them only on the advice of your gynecologist. Beware!Any wrong consumption can harm you and your baby. If you are planning a pregnancy, you should ideally start taking pre-natal vitamins atleast three months before, but under supervision of a doctor. Also, never exceed the recommended daily dosage of any supplement; consuming more than recommended amounts can lead to problems in your pregnancy. If you are buying any supplement on.... 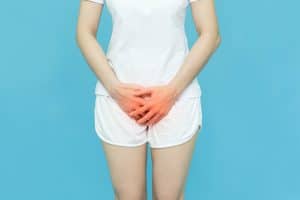 Pregnancy is the time when your body will face several changes – good and bad! Some of the most common effects of pregnancy are extream tiredness, morning sickness, excess growth of facial hair, skin issues, swellings in several parts of the body, and even changes in your taste and smell. What you would have enjoyed eating before may become unbearable for you now. Some smells may even cause you to feel nauseated. All these are caused by the hormonal changes that occur in our body during pregnancy. Nevertheless, one change that you may not be aware of or that no one would have warned you about is the vaginal dryness. Thanks to the highly fluctuating hormones in your body. The vaginal dryness will lead to itching and rashes in your groin area. Vaginal dryness also brings about discomfort and pain during intercourse. However, vaginal dryness is not a common occurrence during pregnancy. While some expecting women face excess vaginal discharge, some others will have an extremely low supply of it, leading to vaginal dryness. In this blog, we tell you in detail about Vaginal discharge and if you should be worried or not when faced with it. Read on to know more. What Is Vaginal....

Are Pumpkin Seeds Safe During Pregnancy?

During the nine months of pregnancy, you experience almost every emotion possible—pain, happiness, anxiety, worry, craving for food—you name it and you experience it! While you secretly crave for some foods, you need to be extremely cautious to understand what your body needs on a daily basis in those 9 months that can keep you and your baby safe until the delivery and the period of recovery that follows. Thanks to the giant leaps in technology, information on anything is just a click away. Even then, apart from the regular foods, you need to get your doctor's nod to go ahead with those that might cause reactions. Talking about food, are you fond of pumpkins, but are not certain if can you eat pumpkin seeds during pregnancy? Do you also like eating pumpkin seeds, but do are not sure whether they are safe to consume during pregnancy? Here are answers to all your questions. Pumpkin Seeds—Why Do We Need Them? Benefits Of Pumpkin Seeds During Pregnancy Side Effects Of Eating Pumpkin Seeds Pumpkin Seeds—Why Do We Need Them? Pumpkin seeds can be added to salads, breads, smoothies and are absolutely safe for mother-to-be. Not just safe, it is healthy and a source of....

Top 5 Benefits of Kegels during Pregnancy

What Are Kegel Exercises? Kegel exercise is basically exercise of pelvic muscles. It involves continuous contraction and relaxation of these muscles which helps a lot during pregnancy. Muscles surrounding the uterus, bladder and rectum can be strengthened and Kegels are highly recommended. Both men and women can benefit from these set of exercises. Here in we will list out the benefits you can reap from it if you are pregnant. Kegel exercises are named after Arnold Kegel, a gynecologist who recommended them back in the 1940s. How Can I Do Kegels? Kegels are easy and can be done everywhere. To start with, you can try with an empty bladder, and imagine you are trying to stop the urine flow in between by 'contracting and releasing' the urine. You can check that you are doing them right by simply inserting a clean finger in your vagina. When you 'contract', you should feel the pressure around the finger. However, when you are doing Kegels, make sure that only your pelvic floor muscles are working, and your stomach or legs or buttocks are not getting pulled in or tightened. Some regular practice will enable you to do Kegels easily and in a more relaxed way. There are many different....