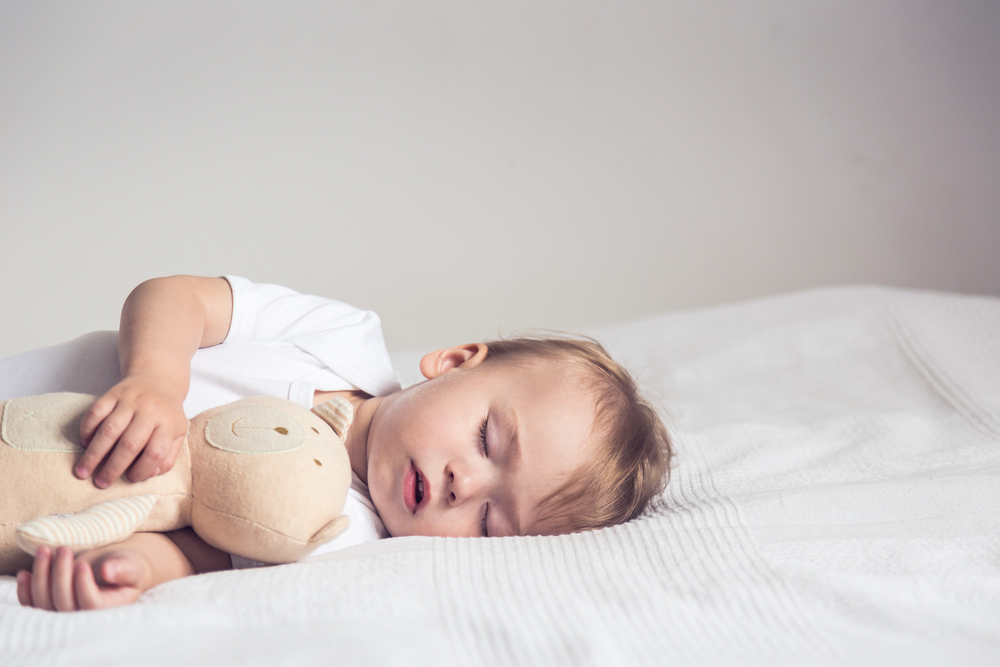 The magic of getting a newborn to hand is just beyond words. Everything seems so surprising, strange in the first few months, while you are a mom for the first time. We just adore when the newborn sleep, cry, and their every moment.  Few babies sleep for a long time while there are others who are disturbed with their sleep. It is here the real challenge arises for the mom. Let’s have a brief look at the sleep education of babies.
Disturbance during sleep can be due to sleep-related breathing disorder. It is not as simple as it sounds. If not discovered on time, it can cause various complications. It involves reductions and pauses in breathing. Partial reductions in breathing that occur during an infant’s sleep are called “hypopneas.” Likewise, complete pauses in breathing are called “apneas.” Here we are dealing with symptoms, causes, and treatments.

What Is Sleep Apnea In Babies?

Sleep Apnea is a potentially dangerous breathing disorder observed in babies while they sleep. In this condition, the baby will experience a repeated interruption in their breathing.  Generally, it is observed that this frequency of reduction increases during the rapid eye movement.

What Are The Types Of Sleep Apnea In Babies?

Depending on the cause, the Sleep apnea in babies is categorized into three.

How Frequently Is Sleep Apnea Found In Babies?

Sleep apnea is not a rare issue among premature babies and that too, who weigh less than 2.2 pounds. The preterm infants are more likely to suffer from this issue when compared to the full-term infants and those who are under six months of age. Sleep apnea is called apnea of prematurity in the babies born before 37 weeks of pregnancy. While babies born at 37 weeks and after will have the apnea of infancy.

Infant sleep apnea can happen due to two reasons.

What Are The Risk Factors For Sleep Apnea?

Some risk factors increase the chances of sleep apnea in babies.

What Are The Symptoms Of Sleep Apnea?

The main symptom is an irregularity in breathing patterns. Some babies with sleep apnea tend to stop breathing for 20 seconds or longer during sleep. Obviously, their heart rate also slows down incredibly.
Other symptoms of sleep apnea include wetting the bed, comparatively slow growth rate, and trouble with morning headaches. While there are a few kids who are hyperactive and aggressive for no reason, these symptoms vary from every kid. Having sleepiness in the daytime is a problem for one, and for others, it could be even sweating during sleep. The rib cage of a few infants will be going inward as they inhale, and they snore because of their trouble for breathing. You can even observe a few infants who sleep with their neck extended as well.

How Is Sleep Apnea Diagnosed?

The doctors will be doing the Polysomnogram and other physical tests besides going through the entire medical history of the kids. Depending on the condition of the baby, the number of tests like oximetry and electrocardiogram will be done.

How Is Sleep Apnea Treated?

With the advanced treatments in the medical field, there are multiple options that are suggested based on the condition and severity of the child. If it is the underlying issue that causes sleep apnea in your child, that issue will be treated. A few of them may include medication that involves steroids. It also includes the removal of tonsils and adenoids. The other options include positive airway pressure therapy and using oral appliances, which enhances smooth airflow.  However, more often, only short-term treatment, let be a machine or medicines, will be required as the infant sleep apnea will disappear as the child grows up.

Are There Complications Of Sleep Apnea?

The complications include obesity and enhance the risk of heart stroke and problems with blood circulation. There are even cases where the issue is with the cardiovascular systems. Ensure that when you witness the symptoms, you consult a doctor; otherwise, there will be a strain on the heart of the baby.

What Should You Do If A Baby With Sleep Apnea Stops Breathing?

You will be suggested to use the positive airway pressure machine, as suggested by the doctor. This will keep the airway open, and the baby should fine very soon. Consult a doctor and get their advice beforehand. However, call 911 immediately if your baby lay unresponsive when you nudge or if the forehead or body turns blue.
Note: It is very important to learn how to perform infant CPR for the parents of babies with sleep apnea. In case the baby lay unresponsive, administer it until the medical help arrives.

How To Prevent Sleep Apnea In Babies?

Early diagnosis is the best way to prevent complications of sleep apnea. When you consult the right pediatrician, they will be suggesting the sleep tests which help them to understand the condition of the baby or the kid. At the time, overweight is even trouble for the kid in breathing, and there are many such suggestions which the doctors give you after conducting tests like polysomnography.
Conclusion
Stop getting worried as there are many advanced treatments for every health condition. Just be ensure and get to know from the doctor what are the complications which your baby might be witnessing. As well ask them what the precautions which you need to take in those circumstances are. Use the medications and precautions to take care of the newborn properly. Always stay prepared and prevent any sort of troubles. Reach the doctor beforehand when you feel there is a problem to keep your infant comfortable.

Caring For Your Baby During Power Cuts

Power cut is a rude reminder to all of us how much accustomed we have become to electricity and the various benefits it has in our daily life. Power cuts do not just make it difficult to care for your baby, it makes it difficult to take care of your house, cook, attend the rest of family and even look after yourself. This is because with power cuts, we lose fans, air conditioners (God bless you if it is summer!), refrigerators, water heaters, mixer grinder, washing machine everything! How are you expected to deal with this kind of apocalyptic environment? The first step is to ensure that the star in the family (your baby of course) is well taken care of. Given below are few tips that might help you in this regard. Tips To Care For Your Baby During Power Cuts Fight the heat: Ironically, it is in summers when we need our fans, ACs and refrigerators most, that the power cuts are most common. While we cannot really control the weather, here are some tips to beat the heat during hot power cut days: Make sure the baby's room is well ventilated and there is lot of air circulation. The windows and doors should be kept open during the day if there is no loo, else move to the....

Why Do I Feel Nauseous During Breast Feeding?

Have you delivered recently? Are you surprised when worrisome nausea to which you though you said goodbye long ago (during your first trimester) of pregnancy did a strong comeback? Are you feeling the spell of nausea mostly when you are feeding the baby? No need to be astonished or confused. Some breastfeeding moms experience nausea while feeding their child during their early weeks of the nursing session. It is fairly common and you can deal with it easily. Read on. What Causes Nausea During Breastfeeding? When Should I Worry About Feeling Nauseous While Feeding My Baby? How Can I Prevent Or Stop Being Nauseous During Breastfeeding? What Causes Nausea During Breastfeeding? Ten reasons which may cause nausea during breastfeeding are: Release of oxytocin: The hormone oxytocin manages the flow of milk from your breasts to your baby. Not only oxytocin causes the milk ejection reflex but it is also connected with digestion and other gastrointestinal hormones that can cause nausea. Mostly nausea caused by the release of Oxytocin disappears around two months after delivery Baby's growth spurts: During early weeks of life, the baby drinks more breast milk and that too more.... 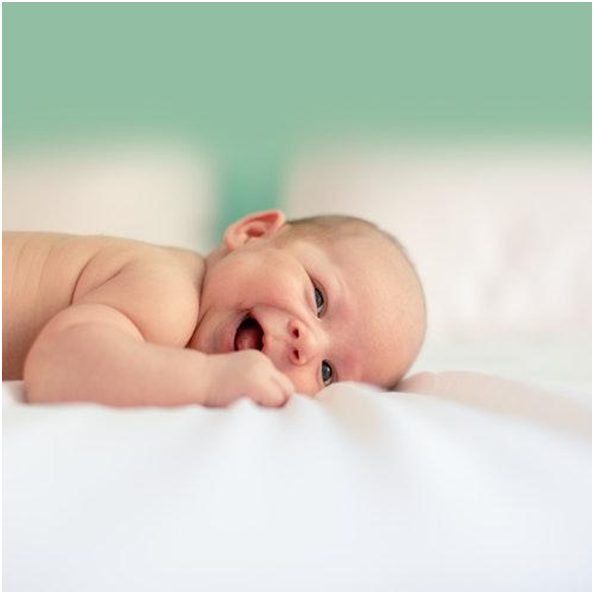 Babies spend a lot of time in their crib, it’s a well-known fact. So you, as a parent, should ensure that every item you put inside your little one’s crib, won’t do them any harm. This is especially crucial for a mattress because it’s the only item that will remain in the crib most of the time. No wonder many parents decide to go with an organic mattress. If you’re not one of them yet, let me guide you through the 5 main reasons why an organic mattress is the best choice for your little one. How Do You Define Organic When It Comes To Mattresses? We all know how to tell if our food is organic. Vegetables are organic when they grow without the use of any pesticides. Milk is organic when cows that give it aren’t stuffed with hormones and antibiotics. And so on. Yet, how do you define an organic mattress? Well, the algorithm is pretty much the same. Mattress can be labeled “organic” if it’s produced with certified materials and without harsh chemicals. And let’s go over each of these two points. What Materials Can Be Considered Safe for Your Tot? Latex This is probably the first material that pops into your mind when you hear about organic mattresses. Natural....

10 Important Signs Of A Healthy Baby

Just given birth to your new born and totally engrossed in parenting duties? The first few days with your little one brings a lot of tension about whether your baby is perfectly fine or not. You find your parenting skills are just not that good to understand whether your baby is just plain cranky or has some problem. Whether your baby is just crying because he or she is hungry or has some major health issue. All these things become a big and constant point of worry. 10 Important Signs Of A Healthy Baby Here are some important signs that help you to ensure your baby is perfectly healthy and fine, even though they do get cranky very often: You change more than 3-4 diapers a day: A very common question that bothers majority of the mothers of a new born is whether their baby is receiving adequate supply of milk that is actually needed. The best proof your baby is getting adequate milk are these wet diapers. You can be well assured your little one is perfectly fine from the umpteen diapers you change every day Baby is attentive and peaceful at least a few times every day: This is the biggest proof that your little one is slowly beginning to observe the world around her and....