Is Surya Namaskar Safe During Pregnancy 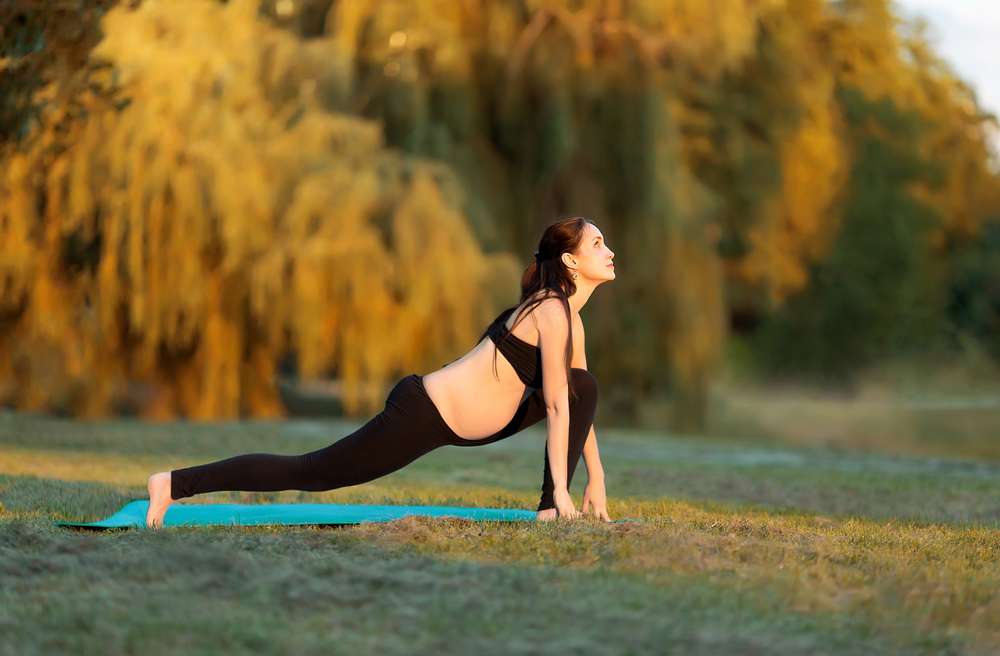 The beautiful phase of pregnancy is full of nervousness and excitement. Motherhood is a choice made by one in which the priority is given to someone else over yourself. Even though not aware of the rights or wrongs, the mother makes every little and big attempt to do everything right possibly. During pregnancy, the mother keeps getting lessons from the elder and the experienced lot. Apart from being happy and eating healthy, on every common notion is to do SuryaNamaskar as it is good for both the mother and the baby.
Let us know have a look below and find out if it is safe to do Surya Namaskar during the pregnancy phase. The benefits accrued to doing the same, how safe is SuryaNamaskar as well as the points that should be borne while doing the SuryaNamaskar.
The best way to keep one healthy and fit during pregnancy is doing Yoga, whereas Surya Namaskar refers to a collection of asanas which is an entire work out of the body, it even helps with the blood circulation and also imparts strength to the joints as well as muscles. It is beneficial to practice SuryaNamaskar early in the morning. The early morning sunrays are the rich source of vitamin D that is necessary to get strong bones and clear vision. There are umpteen benefits of doing the same and ten of them are enumerated as under:

Is Surya Namaskar 100% Safe During Pregnancy?

The most beneficial and safe in pregnancy is Surya Namaskar. Yet, is the most susceptible stage for a woman and is not 100% safe doing it at this time. So it is better to keep practicing Surya Namaskar but at the same time, keeping the undermentioned points to get the maximum benefit from doing it.

1. Consult The Doctor Prior To Starting The Practice Of Surya Namaskar:

It is always advisable to consult with a doctor prior to continuing the Surya Namaskar during the pregnancy phase. There are times that even if one feels fit, there are situations that need less physical stress so the medical practitioner is the best bet to be referred to.

2. Never Do It In Case Of Complications During Pregnancy:

3. Stop Immediately, Even If You Feel Slight Discomfort:

The phase of pregnancy has to be dealt with utmost care and a simple mistake can worsen the condition of both the mother as well as the baby. Thus, in case of any discomfort, it is best to stop at that very moment.

Pregnancy is a time when one ought to be gentle with their movements without straining the back or the abdomen. Never forcefully to do the Surya Namaskar as done prior to the conception period. Always go slow and then increase gradually considering the comfort levels.

In case of trying Surya Namaskar as a beginner, it is best to do it under a professional instructor as it can have adverse effects if not done in the proper way.

6. Be Cautious While Doing The Seventh Step:

One should be cautious that no pressure should be put on the belly as it can cause discomfort which is not good for the baby and the mother-to-be.

7. Never Go Beyond The Limitations:

During the pregnancy, the energy levels are not as high as compared to other phases, thus once one starts to feel exhausted, it is best to step and not take the risk of over-stretching.

Savasana is the last and final step after the completion of Surya Namaskar. It is thus best not to skip this step.

Surya Namaskar During The First Trimester

While performing Suryanamaskar during the first trimester of pregnancy, you

Surya Namaskar During The Second Trimester

While performing Surya Namaskar during the second trimester of pregnancy, you

Surya Namaskar During The Third Trimester

While performing Surya Namaskar during the third trimester of pregnancy, all the points that you should follow during the second trimester are relevant. Also,

Thus, practicing SuryaNamaskar definitely yields to fitness, but at the same time, needs a lot of care. Being mother is one of the most blessed and the most challenging job in the world and so it is important that it is done vigilantly to keep both the mother and the baby secure, healthy and happy.

Way back in time when we were kids, playing in mud and dancing in the rain, we never realized what a big deal strong hair were. And our parents took utmost care of our hair and enriched them with available vitamins and nutrition to make them what they are today. Similarly, providing the gift of strong and healthy hair to our kids is our responsibility. Here are 10 Home Remedies To Strengthen Your Child's Hair. If You take care of the child's hair this age, it would definitely yield fruits till they age. People all over the world spend a huge sum of money on baby products and other cosmetics to strengthen their children’s hair. Baby product companies make huge revenues by promising the parents that they are going to secure the best possible hair for their kids. But we believe in natural remedies as it is harmless and inexpensive. It would shock you, but you can do wonders for your kid’s hair by using the things lying on your kitchen shelf. This secret of nature is as effective as any high-brand child hair product and comes with a full guarantee of “no side-effects” So now, let’s explore, what is in the nature’s bag. Top Home Remedies To Strengthen Your Child’s Hair.... 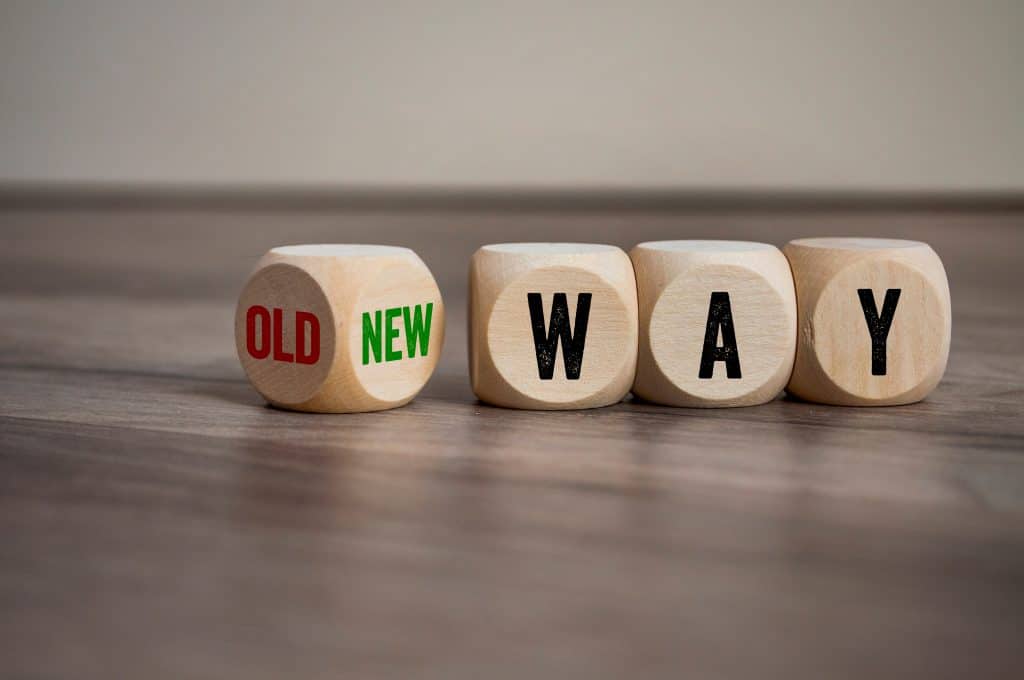 The child is the most precious gift of God making him the center of attention for the entire family. The parents as well as the grand parents want the best of everything best the newest addition and it should be done in the best possible manner. Still, at times, there is a difference of opinion among the family members on various issues. With the fast changing pace of today’s life, many things have changed drastically. A huge gap is finding a place between the trends of the modern day society and the "old school" thoughts - though are still carried along with much conviction. Here are 6 important myths that continue to prevail in our society with no scientific reason: 1. Regular massage for the baby - As soon as the child is born, the grandmothers usually instruct to start giving him massage everyday and it is rigorously followed by the mothers. But the doctors these days believe that body massage does not help the child except in making him sleep. However, many people still advice massaging a baby since it is believed the baby's muscles get strengthened up. 2. Eating high-fat food after the baby is born - It is the most common belief of our society that the mothers....

Play foods are miniatures of kitchen gadgets for little kids and toddlers. If your little one is obsessed with food and likes to play with kitchen gadgets than these play foods are perfect for them. Since it is obvious you can’t hand them original kitchen gadgets because it can hurt them. They can use play food to experience and imagine the situation they like to live in. Little kids like to play and keep on exploring things. They learn each and everything from the adults living with them. The way to speak, react to situations, favorite color and many more things which adults do become their favorite too. It also includes cooking activities which they see every day. Kids at their age always remain excited and curious about everything. Play food is perfect for kids to enjoy fake and imaginative cooking they observe every day. Benefits Of Play Food There are numerous benefits of play foods for kids. It helps in improving dexterity, motor skills and helps in shape recognition. 1.      Overall Development The play kitchen helps with food and vegetable recognition. It also provides the kids with an opportunity to categorize the different food types and utensils. Kids when....

10 Most Common Infections During Pregnancy

Catching infections while you are pregnant can be somewhat alarming as your baby can be exposed to risks and vulnerabilities. During pregnancy your immunity system is weaker than usual which makes you more susceptible for contracting infections, plus the body does not produce enough antibodies to fight the infection. Having said that, we must stress that all infections or health issues during pregnancy are not always serious such as if you are having common cold, morning sickness, fatigue and tiredness etc. 10 Most Common Infections During Pregnancy Unfortunately pregnancy increases our chances for catching particularly different types of bacterial infections. Below is the list of most common infections which many women suffer from during pregnancy – Bladder infection: It is the most common bacterial infection during pregnancy which usually occurs in most of the pregnant women. In this the bladder gets inflamed because of bacterial growth caused by blockage in urinary drainage due to the growing uterus. If you have bladder infection you may experience: Burning sensation or pain during urination Increase in the urinary frequency Tenderness or pressure at the area of bladder ....