Is It Normal To Have Abdominal Pain During Pregnancy?

Experiencing an abdominal discomfort is a common and often harmless complaint during pregnancy. Remember that the abdominal organs are shifting due to the expanding uterus over the course of pregnancy. Even gas formation in the stomach can cause excruciating abdominal pain during pregnancy.

What Are The Causes Of Abdominal Pain During Pregnancy?

While you are pregnant and carrying a baby in the womb, it puts a lot of pressure on the joints, veins and situated near the womb. This can make you feel extremely uncomfortable specially around the belly area. In addition to this, when the uterus expands, the ligaments and muscles that support it will also stretch. This process can cause pain in the abdomen. The causes of abdominal pain can be either harmless or serious. Let’s have a look at all of them.

Here are some reasons that can cause abdominal pain during pregnancy that are quite common and generally pose no threat to the mother and the baby.

How To Ease Abdominal Pain During Pregnancy?

When To Call The Doctor

Persisting severe abdominal pain, which is not reduced even after taking rest for a while needs attention. Never hesitate to seek medical attention if any of the following symptoms accompany the abdominal pain:

10 Amazing Benefits Of Reiki During Pregnancy

Pregnancy, for most, is a life altering experience that brings about tremendous transformations in a person. These transformations span one's emotional, physical and psychological states and binds a woman with her bundle of joy through ties of unconditional love, and abundant care and nurture. This journey of pregnancy is often riddled with anxiety, physical and physiological discomfort, insecurities and fears. Since medicines, our ailment-alleviating remedies, can potentially cross the blood-brain barrier and cause irreversible damage to the growing fetus, doctors refrain from prescribing them to pregnant women. Reiki, on the other hand, has been known to provide support beyond the physical and emotional relief, and bring a sense of positivity, stability and strength to both, the mother and the unborn child. What Is Reiki? 10 Amazing Benefits Of Reiki During Pregnancy Should And Can Pregnant Women Self-Practice Reiki? What Is Reiki? Reiki is a Japanese technique that reduces stress and relaxes one's body and mind, thereby promoting healing. It relies on the principle in which a healer channels the unseen life-force energy within him by the means of touch to drive the....

Balance is an important factor that sustains the world. This balance itself is the reason we lead our life beautifully. When the balance is tampered with problems arise. This is relevant to your child's body too. The Endocrine System And Its Glands What Causes Hormonal Imbalance In Children? What Conditions Can Arise Due To Hormonal Imbalance In Balance The Endocrine System And Its Glands Growth, development, moods and even character formation of your child depends on his endocrine system. Endocrine system consists of nine glands: Pituitary gland Thyroid gland Pancreas Adrenal gland Testes / ovaries Thymus Parathyroid Penial Hypothalamus Each of these glands produces specific hormones which have a vital part in your child's life. From sleeping to cell repair, from appetite to metabolism, from blood pressure to pain regulation, everything is highly influenced by the hormones. Keeping the right level of hormone in the blood stream is important for the daily body functions. The critical task of regulating hormones by the endocrine system can be hampered due to various reasons. This will result in releasing a particular hormone too much or too little than.... 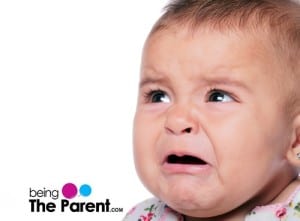 A twenty months old baby is a child in every sense. He/she would show excellent communication skills along with locomotion. A child of this age is often the centre of attraction at social events and community gatherings. Also, since school is not far now, it may be helpful to give your child some preliminary idea regarding the same. A preschool may help in this regard. Another trait can be development of fears, which is the result of being highly imaginative at this age and unable to understand what is safe and what is not. Aggression may also develop at this age. What most babies can do Twenty months is a lot of time for your child to develop his/her speech properly. Therefore, he/she should be able to carry out vocal communication with relative dexterity. Apart from the essential words, he/she can be expected to have a vocabulary that totals almost 50 words or more. On top of that, the pronunciation can be expected to undergo vast developments, with your child managing certain syllables that were difficult to pronounce a few months back. Moreover, many children are introduced to toddler books and interactive toys. Some may be able to identify and distinguish the basic colours.....