When Will My Pregnancy Begin To ‘Show’?

Once your pregnancy is confirmed, what you enjoy the most is the attention, priority and helping hands you receive even from the people you don’t know. On a larger level, this could be possible only when your pregnancy starts to show. This article is for those who are awaiting a significant milestone of pregnancy – appearance of the baby bump.

When Does A Pregnancy Begin To Show?

It’s difficult to expect an accurate date when a noticeable little pregnancy bump can be spotted, as every woman is different in shape, size, height, muscle tone and age. Be that as it may, in most of the pregnancies, the uterus will start growing sooner or later around the 12th week of pregnancy to the 14th week of gestation. During this stage also, the bump may not be noticed by other people. But, the mother will realize this when she feels that her clothes have somewhat gotten tightened around the waistline.
But it is likely, that there won’t be much sign of an actual bump before 13 weeks. It calls for some time for the uterus and baby to grow large enough to have a nice, round belly associated with pregnancy. In most instances, the bump becomes round and more visible not much before 16 weeks when your uterus starts to stretch to accommodate the growing child.

What Are The Factors Which Decide How Soon I Will Start To Show My Pregnancy?

There are certain elements which might endure on how soon you begin to ‘show’ and look obviously pregnant and begin to buy maternity clothes:

After giving birth, surveys conducted in this field point out that most of the mothers look back at their pregnancy period with feelings of nostalgia. Believe me, what the most of the new moms miss after delivery is their baby bumps. So enjoy these brief months when your baby grows inside your womb.

There is simply no childhood without toys. Toys in fact, play an important role in child development. Extra caution needs to be exercised when buying toys for babies. This is because they cannot tell you if something has hurt them or got stuck in their throat. Of course, you are a vigilant mother, but why invite trouble when you can avoid it? Read below for a few smart tips to buy safe toys for your baby. 12 Tips Buying Safe Toys For Babies Choose age appropriate toys: When you go toy shopping, you will see many colorful and vibrant choices. However, you should know that choosing age appropriate toys will help your baby learn and develop. Toys suitable for all ages and development stages are now available in the market. These factors should be considered while shopping toys for children. Click here to read about age appropriate toys for babies Do not opt for loud toys: Babies are fascinated by toys that are animated, emit light and play music. They love to hold squeezies which make sound when pressed. You need to be careful here since too loud sound can impair hearing of your baby. This is because the baby's play is unpredictable, what if he plays the toy near his ear? ....

In the Indian culture, Khichdi has always been one wholesome dish, full of nutrition and filling to the core. Khichdi is made with dals or lentils, vegetables and rice, making it a complete food for all ages - you get carbs from the rice and proteins from the dal. Adding vegetables only makes it more nutritious and balanced. It often finds place in Indian homes as the baby's first foods, and can be prepared in many ways. Known to be easily digestible and light, Khichdi is one of the most common comfort foods in our country. Let us present to you Masala khichdi recipe for your baby. Masala Khichdi Recipe For Babies Recipe Type: Toddler Food Category Khichdi Age: 8 Months and above Cook Time: 15 Minutes Prep Time: 30 Minutes Ingredients Moong Dal - 1/4 Cup Toor Dal - 1/4 Cup Rice - 1/2 Cup Garlic - 2 Cloves Turmeric - a pinch Ghee - 1/2 teaspoon Onion- 1 Medium Size Cumin seeds or Cumin Powder - 1/2 teaspoon. Directions To Prepare Masala Khichdi For Babies Thoroughly wash the moong dal, toor dal and rice and let them soak for about 30-45 minutes Wash and chop the onion and tomato into small pieces. Keep aside Take a pressure cooker and when it....

Why Can’t I Control My Bladder After Delivery?

Pregnancy and childbirth can be particularly hard on your pelvic floor muscles. Pregnancy stretches the tissues and muscles that support the pelvic floor. Pregnancy hormones coupled with the weight of your growing baby puts pressure on your uterus, womb, the bowel and the bladder. With a third of women dealing with the issue of not being able to control their bladder after delivery, urinary incontinence is more common than you think. Why Can't I Control My Urine After Delivery? Now that your pelvic floor has been rendered weak owing to pregnancy and childbirth, it will be difficult for you to exercise control on the muscles and sphincters at the bottom of your bladder so as to keep the urethra closed so that urine does not leak out. When you sneeze, cough, laugh or lift something heavy, pressure builds on the bladder and the nerves and ligaments that control the urethra are unable to stop the urine leakage due overstretching of injury in the pelvic floor. After delivery, as the uterus contracts, it sits just above the bladder, making it even harder to control leaking wee. This makes women leak a few drops, or sometimes the entire bladder in one go. Who Is At More Risk To Develop.... 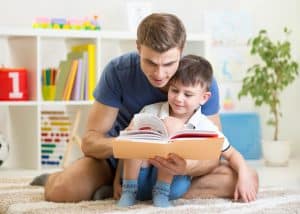 Importance Of Storytelling For Kids

The enchanting marvel of storytelling inspires kids and helps them relish a magical world. The importance of storytelling for kids is immense. Every captivating tale brings in new ideas to their imagination. Storytelling is no less than art. It is used to share wisdom across ages and communicate the essence of life. Do you believe that almost 60% of our conversations are based on storytelling? Are you spending time with your babies and kids sharing stories that hold the sight of magical moments?   What Is Story Time And What is the importance of Storytelling for Kids? Helps With Cognitive Development: Stories come in the disguise of cognitive development for your kids. Enhance The Imagination Power: Storytime helps to boost the imagination power of the child to a greater extent. Improves Language Development: They help to boost brain cells and help them with their language. Improves Bonding: Children understand emotions and reading together strengthens the parental bond. Helps To Teach Them Cultural Values: Tell them the stories of your culture and values. Every story brings them to experience new aspects of life. Soothes The Child: It is found that the....