Let’s Admit It : 10 Things Dads Do Better Than Moms When It Comes To Kids

Times have changed. Years of “mom-does-everything-for-the-children” are over. Now, in most families, both mothers and fathers take equal or near-equal responsibilities when raising their children. When splitting responsibilities, what are some of the things dads can take up? Now technically, with the exception of breastfeeding, moms and dads can do everything else interchangeably. But let us face it. Moms are great at some things. And dads take the cake at few things. If you incorporate these gender roles while you engage your children, it will help both parents contribute productively to their child’s development.

Here is a list of 10 things dads do better than moms when it comes to the kids.

Most kids would say that their best seats are on their dads’ shoulders. Mothers do not mind carrying the kids on the waist, but for shoulder rides, everyone turns to the dads and they love to hoist their kids without hesitation

2. Engaging them in sports:

There are definitely some moms who ace in sports. But in many houses, sports is dad’s forte. They know the game, they watch the game, they play the game and hence they become naturally their kids’ first sports coaches! Moms, hence, need not worry about sports, but they need to worry about the house being turned into a football ground

Perhaps because we mommies don many hats, we lack the stamina and will to get into physical play inside the house. Somehow, dads are great in this department. They can run around the house for hours. Get into some harmless fist fighting on the bed. Pretend play

as police and thief and hide and seek around the house. They could do this for hours and kids love this!

In many houses, moms spend more time with their kids than dads. And in such houses, it is more likely that kids end up listening more to their dads than moms because they are used to seeing their moms all the time and are habitual to moms getting angry with them

Mothers usually tend to worry, be anxious and at times even freak out about even small things related to their kids. Dads are usually cooler in these matters. A bad feedback from school? Dads shrug it off. Cuts and bruises when playing sports? Dads say it is part of the game. Child not eating for days? Dads would believe they will eat when hungry. In short, dad is Mr. Cool

6. Taking them on adventures:

Kids usually love the idea of going on an outdoor adventure with their dads. A small trek, or cycling trip to a nearby park or even some nature watching, they think dad do it the best!

Dads pretty much own any trips made to the beach. Be it scaring away the crabs, digging in the sand, getting buckets of water for sand play or even making the sand castle itself, dads are the heroes. None of these are enough to make the child happy? No problem. Dads would lie down on the sand and let the kids bury them for fun!

In most houses, mommies read their kids to sleep. However, did you know that dads are much better at impersonating characters in a story, making funny sounds, and imitate animal voices? In fact, since most mommies are super tired by the night, the sleep-time reading should be made a dad’s thing since they do it so well!

10. Going off the schedule:

This is not really a feather in the dads’ caps! While mommies make a list of rules and stick to them, dads are known to break plenty of rules like nap time or food time. Kids love this, mommies don’t!
Of course, we are not assuming that moms cannot do any of the above. Moms sure can. Gender discrimination is not the objective here. Now, for instance, can dads braid their daughter’s long hair? Sure. Can they do it well? Not really, because dads do not have long hair themselves and hence lack the experience required to comb and braid long hairs. So, to manage time effectively, it is better we divide the tasks in such a way that the parent who can do it well in the least amount of time does the work! Also, some studies suggest that when a father is actively involved in their kid’s life, the kid is more likely to get good grades at school, enjoy school more and is more socially involved.
So both mom and dad play important roles in a child’s development, and both of them rock in their own ways. We have often seen that men make great dads, so let’s face it and celebrate the fact that there are certain things that dads just do better.
All the best! Tell us some of the things dads in your family does best! 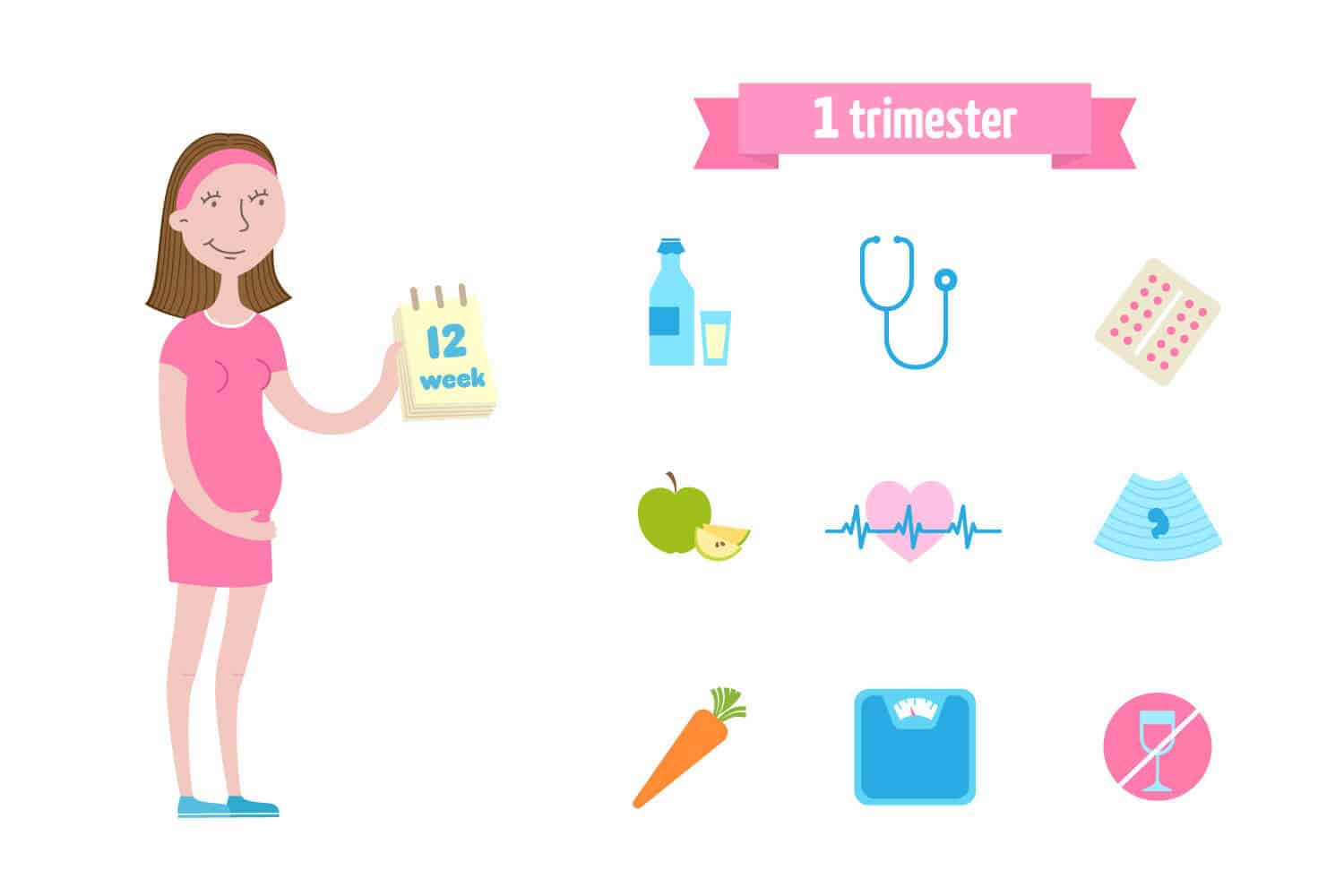 First Trimester : In A Nutshell 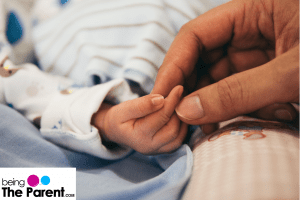 Babies are the miracles in the life of any couple and they leave no stone unturned to give the best to their babies. Due to the advent of technology no more are the new parents oblivious of what is good for the child. They do in-depth research on the internet and keep visiting stores. They are conversant with the fact that the same products that are used by the adults are not safer for the babies. Their bodies are softer and gentler, so they need products that are not too harsh for them, that are less chemical based, etc. The present time witnesses a plethora of baby products and every company uses a different way to present them. These are done to tempt the parents as they are made with varied colors, shapes, sizes, labels and featuring the latest cartoons or kid's characters. So, the parents start buying and stocking the same but what is important is to know which of these are a safe bet for the baby and its health. [caption id="attachment_27861" align="aligncenter" width="597"] How To Choose Premium Baby Care Products -Tips & Tricks[/caption] Choose Products Designed For Babies There are umpteen products designed for babies in the market with varied designs, textures,....

Is It Safe To Eat Sushi While Breastfeeding?

After your delivery, your diet still needs to be nutritious and healthy because whatever you eat reaches your baby through breast milk. So it is necessary that you continue to be careful of that what you eat. If you are someone who has been craving for Sushi all through your pregnancy and waiting to deliver the baby so that you can indulge in this yummy delicacy then you must be wanting to know if Sushi is in "safe to eat" or "stay away" list for a breastfeeding mom. Sushi is one delicious food that all people love indulging in but whether this is safe for you while you are breast feeding is something that most moms fear. If you are a sushi lover then there is good news for you. If eaten in moderation, sushi is considered to be safe for breastfeeding mommies. What Is Sushi? Sushi is a Japanese preparation that is made with vinegared rice and tossed with a variety of ingredients including topical fruits, seafood that is raw and veggies. Although the ingredients can be varied, all kinds of sushi have brown or white rice as its base. With umpteen ingredients, sushi is extremely nutritious and contains considerable quantities of minerals and vitamins. Sushi contains Thin.... 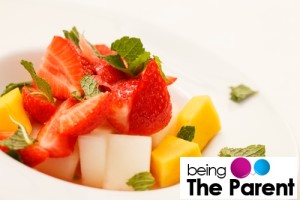 [caption id="attachment_2608" align="alignright" width="300"] Soft and seedless fruits make up for an amazing fruit salad for toddlers[/caption] If you have begun feeding solids to your little one and have introduced finger foods to him, do not worry yourself out wondering what to feed your baby. We present below a list of top 10 finger foods recipes that can be given to the baby once he is around an year old: Fruit Salad: Make your little one enjoy various colors and textures by serving him a fruit salad consisting of chunks of bananas, mangoes, peaches, avocadoes and sweet potatoes. Boiled and Mildly Salted Lentils: Traditionally, moong dal will do the ruling – boiled and somewhat mashed with a little salt is the baby’s protein powerhouse. Let him relish the recipe. Veggie Surprise: Wash, peel and cut carrots, potatoes, sweet potatoes, broccoli and cauliflower into small and thin pieces; boil and then blanch by adding a bit of salt and pepper. The Must Have: Khichdi: All of us have grown by eating khichdi, and it still remains one of the best baby foods once he is 8-9 months old. Make it more mash-able and put in less masalas – only a bit of salt is enough. ....