Cervical Cerclage: All That You Need To Know

Approximately 10% of pregnancies nowadays ends in premature delivery. There is 3.3 times more possibility for a pregnant woman to undergo premature labor if she has an incompetent cervix (Source) A narrow neck-like passage that forms the uterus’s lower part and extends to the vagina is called the cervix. If a pregnant woman’s cervix is weak, it starts to widen and thins out before the pregnancy reaches full term, unlike the dilation and effacement that occurs in response to uterine contractions in a normal pregnancy. Therefore, a weak cervix can cause pregnancy loss or can lead to preterm birth. Cervical cerclage is the procedure that helps to prevent the consequences due to cervical weakness. Here is all that you need to know about this procedure.

A weakened or incompetent cervix can be caused by any of the following conditions:

What Is Cervical Cerclage?

It is a small surgical procedure in which a suture is placed around the incompetent cervix during pregnancy to prevent it from opening due to any pressure as the pregnancy progresses. Most often, the women who need a cervical cerclage in one pregnancy will require it in successive pregnancies.

Wh at Are The Types Of Cervical Cerclage?

There are basically 3 types of cervical cerclage. These are:

When Can A Cerclage Be Placed?

Usually, cervical weakness will be detected during the routine tests conducted in the first trimester itself. The most appropriate time for the cervical cerclage procedure is during the 3rd month, usually between the 12th and 14th weeks of gestation (elective cerclage). There may be cases where some pregnant women may develop cervical weakness during later stages of pregnancy. They will require a cervical cerclage which is known as an emergent cerclage and the procedure is performed after the cervix has already started to open up.

What Are The Benefits Of Cervical Cerclage?

What Happens During The Cervical Cerclage Procedure?

The doctor administers general, spinal or epidural anesthesia to the pregnant women to manage the pain during the procedure. The doctor will stitch a band consisting of strong thread around the cervix. This thread will be tightened to firmly close and hold the cervix together.

What Can I Expect After The Procedure?

How Long Is The Cerclage Stitch Left In?

Generally, the cervical cerclage is removed at the 37th week of pregnancy. But it can be removed earlier if the water breaks or if the pregnant woman experiences contractions.

Is Cervical Cerclage A Risk-Free Procedure?

Unfortunately, cervical cerclage is not a hundred percent risk-free procedure. Cervical cerclage can set forth a chain of issues that could end in spontaneous abortion or premature labor.

What Are The Risks Associated With A Cervical Cerclage?

In addition to the above risks, all the risk that associated with local or general anesthesia is relevant to this surgical procedure too.

What Is The Success Rate Of Cervical Cerclage?

A cerclage is considered successful if the patient could able to hold the pregnancy for a full term, that is, for 37 weeks. The success rate of this procedure is about 80–90% in case of elective cerclage, and the success rate is about 40–60% for emergent cerclage (Source)

What Are Alternatives To The Cervical Cerclage Procedure?

Usually, bed rest is the most appropriate alternative to cervical cerclage. It is usually advised to those pregnant women in whom the changes in the cervix are found very late in pregnancy or in cases where cervix has already opened up significantly. 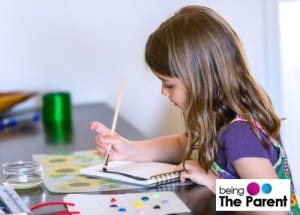 Each child is the god’s gift to the parents. For them, their child is precious and priceless. Though each child has a hidden talent in him and is gifted one or more skill by god, the gap exists in finding out the right skill at the right time and enhancing that skill to the best. But there are some children who have been gifted by god in the real sense. What are the characteristics of God gifted children? Do all the God gifted children have a high intellectual level? What are the characteristics of God gifted children? Here are a few characteristics of god gifted children: They can read and comprehend things better with less practice. They are more interested in intellectual things. They are really good at reasoning and finding out the” buts” and” ifs” of any problem. They are original thinkers. They try to combine two things together to find out the new meaning or new discovery. They are above the intellectual level of the children of their age. They can relate and respond to their elders in a better manner, be it their teachers, parents or peers. [caption id="attachment_2705" align="alignright" width="300"] Some kids excel in creative....

If you are in the final weeks of your pregnancy, you are anticipating the labour to start at any point now. The final weeks of pregnancy can get uncomfortable and difficult. You are waiting and this wait can be bothersome with swollen feet, an achy back, acid reflux and sleepless nights. How about making this waiting period less tormenting? You can reduce anxiety by exercising during your pregnancy. These exercises will help induce labour naturally and will also benefit from getting your body ready for the baby. These exercises also make the whole process of childbirth less painful and easy. Walking and more walking: Exercise Ball Leg exercises Tailor sitting Lunges Squatting Pelvic rocking Kegels   Walking and more walking Walking helps the baby descend into the lower part of the uterus and helps the cervix dilate. It is also the safest method that is practised for ages by pregnant women all across the globe to induce labour naturally. Even when a woman goes in labour, walking with your back straight helps the baby to get into the perfect position for an easy delivery Exercise Ball An exercise or birth ball can be used to induce labour. Make sure you have a.... 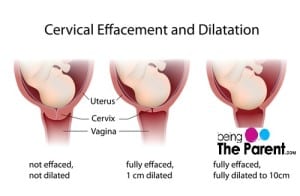 It’s your ninth month and you have to keep a lot of things in mind while getting ready for that big day- the arrival of your tiny cuddly bundle. More often than not, you’d be worried about going into labor and will also be apprehensive about it, wondering how will your know about the signs of labor. According to doctors, your body starts to prepare itself for labor about a month before the onset of labor. Outwardly you might be unaware of the changes going on but can notice it when you near delivery. Some common signs of labor approaching are- The Baby "Drops"- ‘Baby drop’ or ‘lightening’ is experienced few weeks prior the onset of labor. A sense of heaviness is noted by the first time mothers and difficulty in breathing is also a common complaint due to pressure below rib cage. Braxton Hicks Contractions- Sometimes intense Braxton Hicks contractions or false labor pains are also felt prior to onset of labor. During this stage cervix becomes soft or ripe and true labor sets in. These contractions manifests as menstrual like cramping feeling. Cervical Changes- As you near your final month of gestation, your cervix begins to change. From relatively hard constitution,....