For women expecting to be pregnant and couples going through their fertility treatments, a missed period is a sign of hope. For those that are not planning to have a baby or have other life-plans, a missed period leads to anxiety and worrying about the future.

Sure, a missed period is an indication of pregnancy. But it is not a 100 percent guarantee of the same. Find out First-Month Pregnancy Symptoms After Missed Period.

But there are sure signs of pregnancy after the first missed period that one should watch out for. These are clear indications of pregnancy, of course, to be ascertained by follow-up tests.

How Soon Can You See Pregnancy Symptoms?

But before we dive into the symptoms that you should look out for after a missed period, let us do some groundwork. Pregnancy symptoms can be experienced much before you miss your period. In fact, some women experience pregnancy symptoms in the first week of conception itself. Symptoms appearing this early is quite uncommon, but not unheard of. A rise in your basal body temperature is one of the early symptoms of pregnancy.

Here are list of top 8 common first month pregnancy symptoms you can look out for after the missed periods:

1. Nausea, Digestive Problems and an Enhanced Sense of Smell 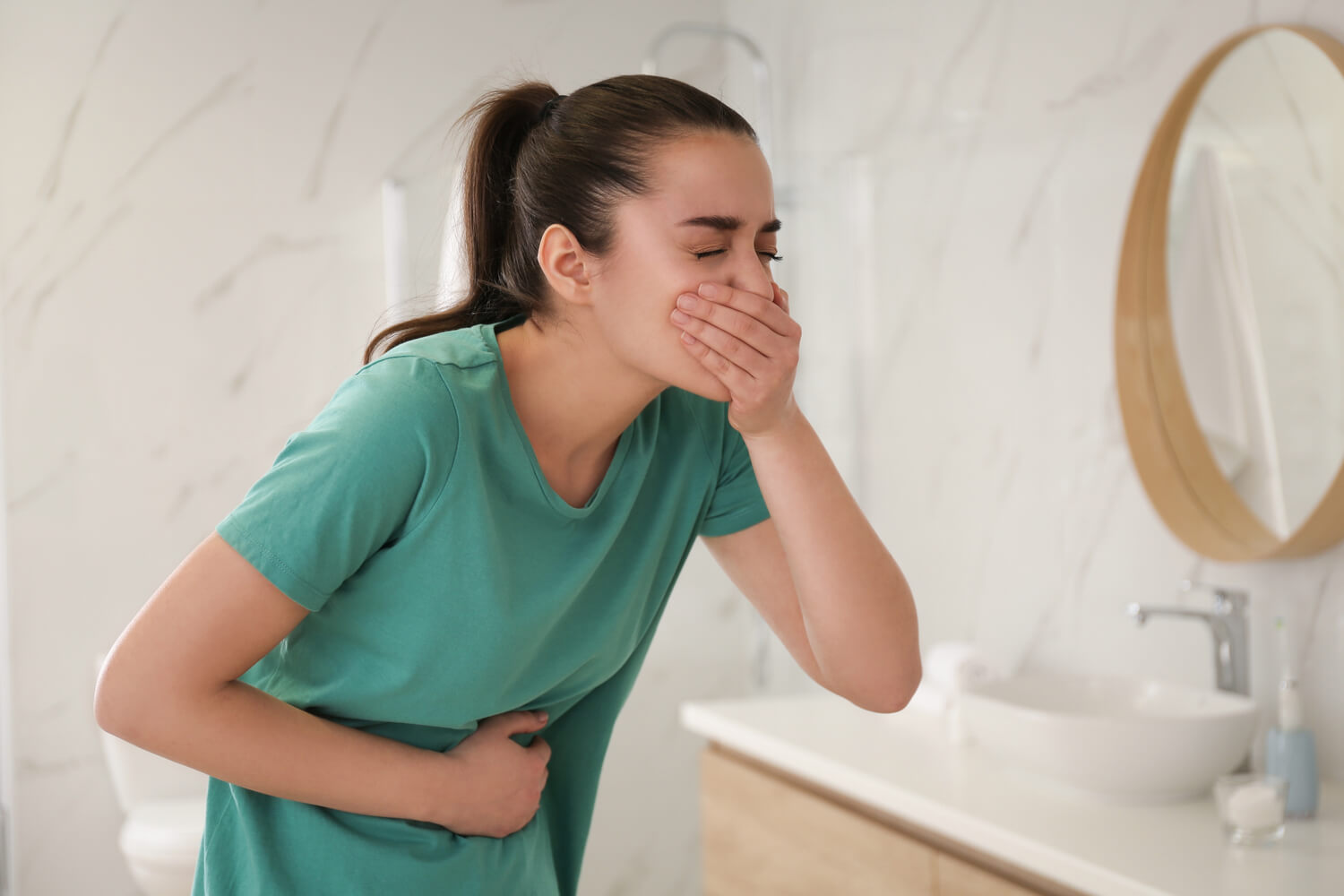 Nausea is one of the most common pregnancy symptoms that almost all women experience. The urge to throw up at odd times could lead to some discomfort during such times. Increased levels of the hormone progesterone and changes in abdominal structure cause digestive problems during the initial stages of pregnancy. You may also experience constipation or gas, either only during the early months or throughout your pregnancy. An enhanced sense of smell can make you feel further nauseous. You may retch at the smell of tea, coffee, and perfumes, commonly. Brownish vaginal spotting between the sixth and twelfth day after ovulation accompanied by mild to moderately painful pelvic cramps are the signs that you should look out for. This spotting is a result of implantation of the embryo in your uterine wall. Vaginal bleeding also indicates that your menstrual cycle has not yet been completely silenced and that it will be a couple of weeks more before your menstrual cycle shuts down for the next several months. Vaginal bleeding during early pregnancy suggests an active pregnancy. So yes, you could experience some spotting or bleeding during the first month of your pregnancy. After a missed period, a noticeable symptom of pregnancy is tender breasts and sore nipples. In fact, the areolas around the nipples turn darker and appear spotted. The tenderness in the breasts is a result of an increased amount of hormones estrogen and progesterone. If you are not physically exerting yourself and yet feeling extremely tired and drained out, the stork may be well on its way. With the completion of implantation, your body will be focused on producing placenta, the fluid that supports and nourishes the growing fetus. And this will require energy. Nausea and vomiting deplete all the energy from your body during this time. Hence, you feel tired and fatigue all the time. You may blame the hormones estrogen and progesterone for all the tiredness and mood swings during early pregnancy. You may feel irritable, angry or sad at the drop of the hat during such times. If you recognize these symptoms, you may as well guess that pregnancy is the reason. After a missed period, if you feel dizzy and light-headed without any obvious reason, you may be pregnant. In the initial stages of pregnancy, your blood circulation system makes a lot of effort to produce and circulate an adequate amount of blood. This leads to a low blood pressure resulting in light-headedness. If you are visiting the bathroom more often than the usual, especially after a missed period, you may be pregnant. The hormone human chorionic gonadotropin (hCG) leads to increased blood flow to the pelvic region. Also, your uterus expands to accommodate the growing fetus putting a lot of pressure on the bladder. This changed physiology leads to frequent urination during pregnancy. If you find yourself suddenly repulsed by the foods that you once adored or have bizarre food cravings, then this may also be a sign of pregnancy. Cravings and aversions are due to rage of hormones flooding your body during the early stages of pregnancy.

All these symptoms put together, or considered individually, should make you raise your eyebrows and question your status – pregnant or not. Taking the pregnancy test soon will help you ascertain the status, emphatically. A visit to your gynecologist will further cement this!

Once you have confirmed the status, you will need to take care of yourself. This includes being cautious about your diet. Your first month diet should include folate-rich foods, Vitamin B6, fruits, meats, iron-rich foods, and foods rich in natural sugars. You may want to steer clear of foods the induce contractions, seafood, soft cheeses, and junk and packaged foods.

The first month of pregnancy is one of the busiest time during gestation starting with conception and then implantation. By the end of the 1st month, there will be development in the yolk sac, amniotic sac, and umbilical cord. At this stage, the embryo will be about 2mm in length. However, you won’t any noticeable changes to your 1-month pregnant belly.

During the first month of your pregnancy, the only sign that you’re pregnant is usually a missed period. You won’t see any changes in your belly just yet. The uterus which is normally located behind the bladder will remain there until around 5-6 weeks’ of pregnancy. After this, it moves upwards and forwards.

Recognizing the early signs of pregnancy can help you and your partner prepare better and give yourselves time to read and know some basics about pregnancy before your doctor introduces these facts to you.

Read Also: Foods To Eat And Avoid During Your First Month Of Pregnancy

Planning for a Baby?
Preparing for Pregnancy
Copied